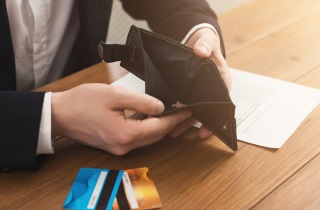 Many participants in family law mediation/arbitration come to bitterly regret entering into this form of alternative dispute resolution process (ADR), and desperately seek a way back into the judicial system.

Often, this regret arises when a party does not fully understand the implications of executing a combined mediation/arbitration agreement, and are startled to learn that if mediation does not result in settlement, the only option is to proceed to arbitration, with the facilitator changing roles from mediator to decision maker.

In short, it sometimes comes as a surprise to a party that there is no considered decision at the point of failure of the mediation as to whether to proceed to arbitration with the same or different arbitrator, or to proceed to court — and this surprise comes despite language in some mediation/arbitration agreements that the party is waiving rights to litigate in the courts and despite the fact that the party has ostensibly received independent legal advice.

Another common complaint, in addition to any perceived bias of the arbitrator, is the onerous financial burden of private ADR, with the participants having to pay the fees of the arbitrator, frequently at the rate of $500 per hour or significantly above, as well as the fees of their legal counsel. Comparable fees are not of course assessable in the judicial system, beyond relatively nominal filing fees.

Our research has indicated that, to date, the financial burden of ADR has not been entertained by the courts as a viable reason to set aside an otherwise binding ADR agreement. It seems, however, that if a participant can no longer afford ADR, significant access to justice issues arise.

The majority of the Supreme Court in Uber found that the contract obliging the Uber driver to arbitrate his dispute in the Netherlands was unconscionable, both because there was inequality of bargaining power and because the agreement was improvident.

The agreement required that the Uber driver pay upfront administrative and filing fees of US$14,500, plus legal fees and other costs of participating in the arbitration, which was prohibitive in view of the driver’s annual income. For this reason the contract was an improvident bargain.

There was also inequality of bargaining power as it was a standard form contract, among other reasons. The majority stated: “Respect for arbitration is based on it being a cost-effective and efficient method of resolving disputes. When arbitration is realistically unattainable, it amounts to no dispute resolution mechanism at all.” They characterized the contractual rights as illusory.

The rule of law at a minimum guarantees Canadians access to an independent judiciary that can vindicate legal rights. “The rule of law, accordingly, requires that citizens have access to a venue where they can hold one another to account.”

Courts have accepted arbitration as an acceptable alternative to civil litigation because it can provide a resolution according to law, but the legitimacy of arbitration rests upon whether it can provide a comparable measure of justice. The legislature could not have intended that arbitration clauses whose effect precludes access to justice would be untouchable.

Moreover, access to justice is constitutionally protected. “Common law courts have long recognized the right to resolve disputes according to law. The law has simply evolved to embrace arbitration as [a] means of achieving that resolution. Contractual stipulations that prohibit such resolution altogether, whether by express prohibition or simply by effect, continue to be unenforceable as a matter of public policy.”

The question remains whether prohibitive costs of mediation/arbitration are tantamount to a denial of access to justice such as to invoke the principles of Justice Brown. If the party simply cannot afford to continue to finance private ADR, why should they continue to be denied access to the judicial system?

It should be noted that Justice Brown casts a wide net and states that contractual stipulations that “simply by effect” prohibit resolution by arbitration would be unenforceable as a matter of public policy. On the face of it then the practical effect of an overwhelming financial hurdle to arbitration would seem to be a denial of access to justice, and the arbitration agreement therefore unenforceable.

It may also open the door to closer scrutiny of provisions in mediation/arbitration agreements that cause parties to waive any rights to litigate in courts pursuant to family law related statutes. Mediation/arbitration agreements are not a panacea and they do have limitations. It is a hybrid dispute resolution process that, despite the possible clarity of the words in an agreement, raises concerns for unsophisticated parties or parties whose independent legal advice falls short.

In light of Raichura v. Jones 2020 ABQB 139, it behooves lawyers giving independent legal advice to fully explain the implications of a mediation/arbitration agreement, including its cost ramifications, and ensure that parties thoroughly and completely understand any restrictive provisions. Otherwise, access to justice is placed in jeopardy.

Your client’s web domains: Why more than estate lawyers should care