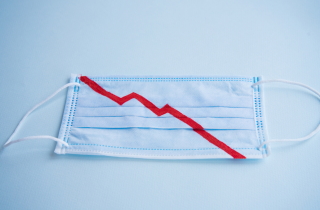 Canadian businesses are facing the largest economic disruption of our times from the outbreak of the novel coronavirus and the public health measures required to contain it. The impact of social distancing requirements varies across industry sectors, but many (or even most) small-to-medium-sized businesses have experienced a significant reduction in revenues, which could threaten their viability as time goes on. All commercial lawyers should be aware of the formal debt relief options available to insolvent companies, including proposals under the Bankruptcy and Insolvency Act (BIA). However, due to the extraordinary circumstances caused by the pandemic, alternative, informal legal solutions may be preferable to both debtors and creditors.

This article is focused on the circumstances of small-to-medium-sized businesses and does not discuss restructuring under the Companies’ Creditors Arrangement Act, which is only available to companies with greater than $5 million in liabilities.

In cases where a company has a large number of creditors and requires significant changes to its business to continue operations, a formal restructuring under the BIA is likely the most appropriate option for obtaining debt relief. Restructuring under the BIA is commenced by engaging a licensed insolvency trustee and filing a Notice of Intention to Make a Proposal (commonly referred to as an NOI). The most significant advantage of filing a NOI is that it results in an automatic “stay of proceedings” which prevents creditors from taking steps to enforce their loans or security, including commencing or continuing any legal action. The stay of proceedings initially lasts 30 days but can be extended, on application to court, for further 45-day periods up to a maximum of six months. The trustee oversees the operations of the company during the stay of proceedings and administers the process under which creditors establish the nature and quantum of their claims.

In a typical restructuring, the main purpose of the stay is to allow the debtor company to continue in operations — and preserve its “going concern” value — while arranging for new financing or investments that will allow it to pay a portion of its debts and emerge from the process as a financially viable business. The restructuring process can also involve the sale of non-critical business assets, the disclaimer of commercial leases or other financially onerous contracts and a reduction in the number of employees. The stay of proceedings will usually be extended for as long as reasonably required to allow the company to develop a restructuring plan, which is presented to its creditors in a formal proposal and subjected to a vote. To achieve creditor approval, the proposal needs to be supported by each class of creditors (i.e. the class of secured creditors and the class of unsecured creditors) in the following thresholds:


After creditor approval is secured, the debtor company must apply for court approval which, if granted, allows the company to implement the proposal and obtain the debt relief provided by its terms. In this way, the proposal’s terms can be “imposed” upon the minority of creditors that opposed the proposal.

A NOI will not be the right solution for all businesses that are facing financial difficulty as a result of the pandemic. Invocating the formal proposal process under the BIA carries significant risks and expenses on professional fees. If the proposal is not accepted by the required threshold of creditors, or if creditors successfully oppose an application for an extension of the stay of proceedings prior to the filing of a proposal, the company is placed into bankruptcy.

For businesses with only a few creditors, negotiating forbearance terms is likely the best option for managing the cash-flow shortage caused by the recent economic disturbances. Forbearance agreements are commonly negotiated between a company and its senior secured creditor (usually a bank) as a means of addressing a short-term insolvency and enabling the company to recover its financial footing over time. In the circumstances caused by the pandemic, it may be that other creditors, such as suppliers and landlords, will consent to the deferral of regularly scheduled payments to permit the company to survive the crisis and return to solvency as economic activity rebounds. If the company can negotiate satisfactory forbearance terms with each of its creditors, it can avoid the risks and expense of a formal proposal under the BIA.

A similar consent-based strategy can also be employed by businesses with large numbers of unsecured creditors. A “workout” is an agreement negotiated between a company and its creditors (usually with an appointed representative or committee of the creditors) that becomes effective upon receiving a threshold level of support (i.e. acceptance by creditors holding 90 per cent of the claims against the company). The workout includes the creditors’ agreement to accept a reduction in the amount of their claims on the basis that the restructuring terms offered are better than the amounts they would recover in a liquidation; the consideration for each creditor’s promise is the mutual forbearance of the other consenting creditors. Creditors may also agree in order to prevent the company from incurring the costs of a formal restructuring or bankruptcy, which can diminish their recovery.

Since a workout does not occur under an insolvency statute, it is not possible to impose the terms of the arrangement on dissenting creditors (some of whom may elect to commence legal action) and secured creditors cannot be stayed from enforcing their security. These limitations have prevented workouts from being commonly employed by insolvency professionals in Canada, although they have been regularly used in the U.S.

The unique circumstances posed by the COVID-19 pandemic may lead to increased prevalence of contractual workouts as a means of addressing commercial insolvency in Canada. The traditional framework for commercial insolvencies assumes a set of conditions under which the restructuring of a business occurs, which includes: (i) a market for the sale of distressed assets; (ii) availability of refinancing or new equity investments; (iii) unimpeded access to the courts; and (iv) a reasonably ascertainable forecast of future economic conditions. Since each of these conditions have been affected by the pandemic, the present environment may require novel approaches.

Many Canadian businesses had proven success prior to the pandemic and have a good chance of surviving once economic conditions improve. Reasonable creditors should understand the advantages of a workout over formal insolvency proceedings in such a case.

Reilly Pollard, rpollard@lklaw.ca has extensive experience in bankruptcy and insolvency matters and regularly acts for companies and individuals to recover assets, enforce security, or obtain relief from debts.