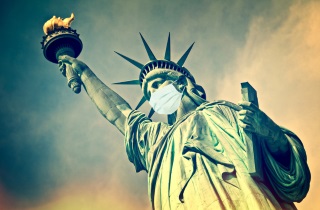 A B.C. court has admonished a father who took his children to the United States repeatedly in the past few months despite COVID-19, calling the behaviour “reckless.”

In Hasan v. Hasan 2020 BCSC 862, the parents shared parenting time of three children pursuant to a consent order entered into in May 2019, well before the COVID-19 pandemic. The order provided that either party could travel with the children outside Canada, but the travelling party needed to provide a full itinerary respecting the travel at least one week before leaving.

The court found, without much difficulty, that the father taking the children across international borders put the children at real risk of harm. The government prohibition on non-essential travel, the closing of the U.S.-Canada border and the required 14-day isolation period on return to Canada all demonstrated the seriousness of the concern.

The father then took the position that if COVID-19 posed a real threat to the children, the government should not have allowed him to travel with them to Virginia. This attempt to deflect responsibility for looking after the interests of the children flew “in the face of the duty he has a parent and a guardian.”

The court found that a return of the children to their homes in B.C., where their parents lived and where they were schooled, was far preferable to leaving them in Virginia. The father could not rely on his own poor conduct in order to trap the children in Virginia.

Finally, the court made a comment that any parent considering a non-essential trip should bear in mind: “I view any non-essential international travel during the current pandemic to be against the children’s best interests. Continuing to expose the children to unnecessary risks created by international travel, or even domestic travel which requires traveling through airports and on airplanes, is reckless.”

The court closed by ordering the father to pay costs to the mother. The court declined to order special costs, although judging from the tenor of the ruling this may have been a close call.

Hasan has been followed both in B.C. and in Quebec. In Luc v. Washington BCSC 1003, a consent order pronounced in 2019 permitted the father to travel with a child to the United States, provided he could get medical insurance. The court concluded that it was not in the child’s best interests to travel outside British Columbia, or indeed to travel anywhere by plane. And in Droit de la famille — 20838, 2020 QCCS 2002, the court declined to permit a father to travel with his daughter to the father’s rural community in the United States.

Alex Boland is a family lawyer with Connect Family Law in Kelowna, B.C. He is also a former law clerk with the B.C. Supreme Court. E-mail him at Alex@connectfamilylaw.com.