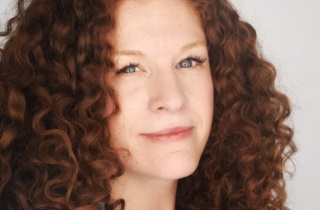 The hazy, lazy days of summer have become a little less hazy — at least when it comes to deciding where a lakefront property line ends when obscured by water.

In Becker v. Walgate 2020 ONCA 491, the Ontario Court of Appeal came between bickering beachfront neighbours to determine that the end of a lakefront lot line should be defined by the boundaries set out in the 1902 Crown patent of lands.

The boundary dispute on Jack Lake, a reservoir lake within the Trent-Severn Waterway that is controlled by a dam, involved neighbours Walter Walgate, the appellant, and Martha and Jason Becker, the respondents, who prompted the disagreement when they decided to build a second dock on the disputed property.

In the April 2019 trial, with about 100 feet of valuable waterfront at stake, Superior Court Justice Christopher Corkery found that the property line between Lots 41 and 42 ended where it intersected with the “high water mark” shown in Registered Plan 33, which created the lots in 1958. The high water mark, he decided, was the same as the “Normal Controlled High Water Level” (NCHWL) of 106.33 feet. Walgate’s counsel contended, however, that the end of the property line should be determined by the definition of the water’s edge at the time of the 1902 Crown patent of lands for the area — and that argument held water with the Ontario Court of Appeal.

“We agree with the appellant that the trial judge’s conclusion that the lot line ends at the Normal Controlled High Water Level is tainted by reversible error,” wrote Court of Appeal Justice Paul Rouleau, “and that the determination of the terminus of the lot line must begin with reference to the water’s edge of Jack Lake at the time of the Crown Patent.”

Justices Rouleau, Alexandra Hoy and C. William Hourigan, in a decision released Aug. 5, ordered the matter to be returned to the trial court for determination, along with the issue of whether erosion had had any impact on where the lot line ends.

The Court of Appeal also rejected Justice Corkery’s alternative finding that the respondents had a riparian right of access along the lot line.

At trial, each party called a surveyor as an expert witness. The Court of Appeal noted that the trial judge properly began his analysis with Gibbs v. Grand Bend (Village) [1995] O.J. No. 3709, which ruled that extrinsic evidence is not admissible if the terms of a conveyance are clearly defined, but only if there is a “latent ambiguity for the purpose of ascertaining the intention of the grantor.”

But the trial judge was “clearly wrong,” the Court of Appeal stated, when he concluded that the “high water mark” in Plan 33 was unambiguous and synonymous with the Normal Controlled High Water Level. In addition, the Appeal Court noted, the trial judge may have decided that a key water boundary decision in Walker et al. and Attorney-General for Ontario [1971] 1 O.R. 151 did not apply to controlled, inland bodies of water.

But even if it doesn’t apply, the reference to high water mark in Plan 33 is still ambiguous and not necessarily the same as the NCHWL, concluded the Appeal Court. It is not even clear from the 1957-58 survey if the NCHWL is 106.33 feet, it added. “Extrinsic evidence,” wrote Justice Rouleau, “is necessary to resolve this ambiguity by ascertaining the intention of the grantor.”

While the trial judge made a number of findings about the history of how the land around the lake was developed and how two dams affected the water level over the years, said the Court of Appeal, he did not determine what the water’s edge of Jack Lake was at the time of the 1902 Crown grant — and that was the only finding that could have provided certainty.

“The finding that it was possible that the lumberman’s dam could have held Jack Lake in the springtime to the same level as the NCHWL of the new Dominion Dam, 106.33 feet (a.d.) is not a finding that the water level of Jack Lake at the time of the Crown patent was probably the NCHWL,” wrote Justice Rouleau.

The Court of Appeal has given a “road map” to the trial judge to help make a determination of what the water boundary is, she added, but that’s not the end of the story.

Despite fluctuations brought on by dams, erosion or even climate change, the Court of Appeal has provided a sustainable standard for defining waterfront property boundaries, said Toronto real estate lawyer Bob Aaron of Aaron & Aaron Barristers and Solicitors.

“So the question is where is the water’s edge?” he told The Lawyer’s Daily. “And this case stands for the proposition that the water’s edge today on a controlled body of water is wherever it was in the Crown grant in the 1800s or 1900s.

“That’s the bottom line,” he added. “And that might apply even if the water level is not in a controlled situation.”