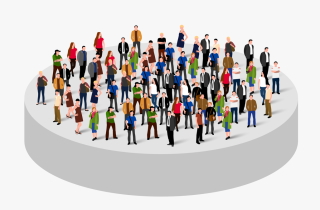 Most of the amendments derive from the Law Commission of Ontario report: Class Actions: Objectives, Experiences and Reforms: Final Report, published just over one year ago in July 2019. The commission considered three key questions: (i) whether class actions in Ontario were fulfilling their objectives of access to justice, judicial economy and behaviour modification; (ii) whether the Act reflected current class actions practice and issues; and (iii) whether the Act reflects contemporary priorities in Ontario’s justice system. Ultimately, the commission issued several recommendations intended to streamline class actions, increase judicial scrutiny and case management, create higher expectations for counsel and improve outcomes for class members, thereby promoting both efficiency and transparency within the justice system.

The commission’s work is described as the first independent, evidence based and comprehensive review of class actions since the enactment of Ontario’s class proceedings legislation in 1993.

Traditionally in Ontario (and in other Canadian jurisdictions) the jurisprudence established that the certification motion should be heard first, either in advance of or together with any preliminary motions to strike or for summary judgment. This stemmed in part from the overlap between the test for a motion to strike a claim and the first element of the test for certification: that the claim disclose a reasonable cause of action. Defendants who sought to bring motions to strike or for summary judgment in advance of certification often found their motions “sequenced” to be heard together with or even after certification.

No longer. Consistent with the commission’s recommendations, the amendments provide that motions that may dispose of the proceeding in whole or in part shall be heard first, unless the court orders that they be heard together. Thus, the default position is now reversed. This new approach to preliminary motions is entirely on point with recent guidance issued by the Supreme Court of Canada. In its August 2020 decision in Atlantic Lottery Corp. v. Babstock 2020 SCC 19, the court adopted its previous call for a “culture shift” in its decision in Hryniak v. Mauldin 2014 SCC 7 regarding summary judgment motions, to the analysis of whether class action claims disclose a reasonable cause of action. The Supreme Court has emphasized that where possible, claims should be resolved promptly in order to promote timely and affordable access to the civil justice system.

In a similar vein, the amendments promote the early resolution of potential jurisdictional issues, including a mechanism to give the court discretion to address proposed national classes where there are overlapping claims in other provinces.

New provisions provide that the court shall determine whether it would be preferable for some or all of the claims of class members to be resolved in another jurisdiction.

The amendments also codify some of the factors that have developed in the jurisprudence respecting the award of carriage of a class action to one of the competing class counsel. In keeping with the goal of streamlining class proceedings and reducing delay, the amendments provide that if there is an existing proceeding under the Act, a competing proceeding may not be issued, without leave of the court, if more than 60 days have passed since the issuance of the initial claim. Moreover, the court’s decision on a carriage motion is final and may not be appealed.

Notably, the amendments in Bill 161 raise the bar for certification of a class action by introducing the predominance and superiority tests to the preferable procedure aspect of the test. To date, the key question for courts in considering the preferability requirement was whether the other available means of resolving the claims were preferable as a means to ensuring access to justice.

Now, plaintiffs will first be required to show, at a minimum, that a class action is superior to all reasonably available means of determining the entitlement of class members to relief or addressing the impugned conduct of the defendant, including a quasijudicial or administrative proceeding, the case management of individual claims in a civil proceeding or any remedial program outside of a class action. Second, plaintiffs must demonstrate that the questions of fact or law common to class members predominate over any questions affecting only individual class members. This can be contrasted with the current test where the jurisprudence established that the common issues need not predominate over non-common issues.

The superiority and predominance tests exist in Rule 23 of the U.S. Federal Rules of Civil Procedure and have long formed part of the certification test in U.S. class actions. It remains to be seen whether Ontario courts will rely heavily on U.S. case law in interpreting the new provisions or whether they will seek to fashion their own interpretation of the superiority and predominance tests.

One of the unintended consequences of the adoption of class action legislation in Ontario is what have been referred to as “zombie” class actions. The claims are neither “alive” nor “dead” because after being filed, class counsel fails to advance them. In the result, some claims sit for years, inconsistent with the goals of access to justice, judicial economy and behaviour modification.

In an attempt to progress class actions at a reasonable pace, the amendments provide for the mandatory dismissal for delay of any actions which do not meet certain requirements.

Importantly, while the amendments apply only to those claims commenced after they are proclaimed into force, the mandatory dismissal for delay is an exception. The amendments provide that any existing actions that have not met the requirements the new provision of the Act may be dismissed for delay.

Shift to other provinces?

Early commentary on the amendments is that they are more favourable to defendants than to plaintiffs. This may be contrasted with recent revisions to British Columbia’s class action legislation where the amendments are considered more plaintiff friendly. While Ontario has traditionally served as the forum for the vast majority of common law class actions in Canada, it remains to be seen if there will be a shift in cases to the western provinces, such as B.C., where the test for certification remains largely the same as the outgoing test in Ontario.

Marina Sampson is a partner in Dentons’ Toronto office. She is an experienced commercial litigator with a focus on class actions, real estate litigation, contamination disputes, shareholder disputes and product liability litigation. She was named in Benchmark Litigation’s Top 50 Women in Canada in 2020. Matthew Fleming is a partner and co-leader of Dentons’ national litigation and dispute resolution group. Based in Toronto, he is an experienced commercial litigator with a practice that focuses on class actions, securities litigation, product liability and professional liability matters. He is listed in Chambers Canada, Benchmark Litigation and Legal 500. 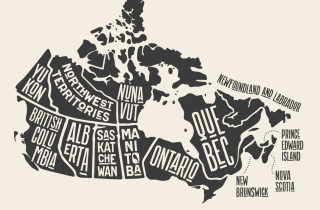