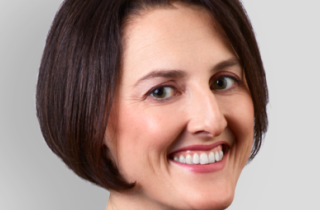 Ontario’s centrepiece pandemic law is an “unusual” piece of legislation that is likely to spark litigation related to constitutional, corporate and employment law in the months ahead, said a legal panel participating in a recent Ontario Bar Association (OBA) webinar.

The government of Progressive Conservative Premier Doug Ford passed Bill 195, the Reopening Ontario (A Flexible Response to COVID-19) Act, on July 21, characterizing it as part of the government’s plan “for the continued safe and gradual reopening of the province” following the end of Ontario’s declaration of emergency on July 24.

The legislation transferred almost all orders made under s. 7.0.2(4) of the Emergency Management and Civil Protection Act (EMCPA) to the Reopening Ontario act. But it stirred almost immediate controversy, with critics charging it gives the government overly broad powers.

Progressive Conservative MPP Belinda Karahalios of Cambridge called it an “unnecessary overreach on our parliamentary democracy” and joined opposition members in voting against it. The government ejected her from the PC caucus later that same day.

“By transferring away the ability for Ontario MPPs to consider, debate and vote on how emergency powers are used on Ontarians,” Karahalios said in a news release at the time, “Bill 195 essentially silences every single Ontario MPP on the most important issue facing our legislature today.”

During the Aug. 25 OBA panel discussion, titled Emergency Powers Beyond the Emergency: How Bill 195 Will Affect Your Clients’ Rights in the Year Ahead, legal scholar Gregory Tardi, executive director of the Ottawa-based Institute of Parliamentary and Political Law, agreed that the Reopening Ontario Act “represents an undeniable slide towards increasing the power of the executive branch vis-à-vis the power and influence of the legislative branch.”

He also took issue with the name of the law. “This is not neutral, as should be the custom with the title of pieces of legislation,” said Tardi. “It sounds a little propagandistic and may possibly be inaccurate. In fact, it’s not about reopening Ontario. It’s about continuing the situation of emergency.”

But the legislation includes a number of fail-safe mechanisms, he added. Though its reporting requirements are weaker than the EMCPA, they are specifically spelled out, along with a clear statement of its subjection to the Charter.

He described the law as “somewhat unusual or unconventional” because it transposed statutory instruments — in this case emergency orders — from one statute to another. But it was necessary as an urgent response to the pandemic, he said.

“The legislative scheme of the Reopening Ontario Act is not based on a whim of this government,” he added, “but would likely have been adopted by a government of Ontario based on any party in office at the time of COVID. And that in fact I think constitutes the greatest justification for it.”

Cara Zwibel, director of the Fundamental Freedoms Program at the Canadian Civil Liberties Association, said the legislation presents a novel challenge to civil liberties because the pandemic is quite unlike more short-lived emergencies such as an ice storm or a forest fire.

“This is a situation where we know that we’re likely going to be in it for the long haul,” she observed. “And so we need to think about what that means in terms of the acceptability of invoking these extraordinary powers that governments have.”

No emergency legislation passed by any province in response to COVID-19 included any metric for when the emergency would over, said Zwibel. Early in the pandemic, she noted, governments justified extraordinary measures like closing schools and businesses as being essential to avoid overwhelming the health-care system, as happened in Italy. But then they changed the narrative.

“Instead of talking about flattening the curve, there was a lot of talk about defeating the virus and eliminating the virus and, for a number of different reasons that’s concerning to me, partly because the science seems to suggest that that’s something that’s not going to happen,” she said.

“It’s concerning to think about the possibility that we might be living in a state of emergency — whether it's labelled that way or labelled in a different way — for years.”

Zwibel said that compared to the EMCPA, the government has significantly watered down the democratic safeguards in the Reopening Ontario Act by eliminating the requirement that the government go back to the legislature every 28 days if it wants to extend the emergency orders. Instead, the law allows the government to amend or extend emergency orders when it deems necessary and it is not required to return to the legislature for a year. In addition, third reading debate on the bill was limited to two hours.

Danielle Bisnar, a union-side labour, human rights and pay equity lawyer with Toronto-based Cavalluzzo LLP, said many of her clients are concerned about the legislation because it gives the government and employers the power to override collective agreement provisions by, for example, assigning work outside a bargaining unit, changing schedules, deferring or cancelling vacations, or suspending the grievance process.

Employers had the same powers under the EMCPA and used them, she noted, but unions did not broadly challenge the use of those powers.

“We’ve seen a very different initial political response from unions to the Reopening Ontario Act and I think we’ll see different litigation strategies, as well,” she added. “And a big part of this context is significant frustration from front-line workers who have been dealing with the impact of the pandemic, providing that care and also, under another piece of this government’s legislative agenda, are under a wage cap of one per cent that came in through Bill 124 in 2019.”

She predicted that employers and the government could see Charter challenges around specific applications of the Act based on the s. 1 reasonable limits clause or s. 2(d) freedom of association rights. There could also be a broader court challenge to the legislation as a whole or, in a case where a grievance procedure has been suspended, litigation could focus on the definition of “reasonably necessary.” But amid the pressures of the pandemic, she added, employers could be hesitant to lock legal horns.

“I think employers who are bracing for a second wave will be cautious, I would hope, about invoking these powers lightly and unnecessarily,” said Bisnar, “because they will need their workforce to be resilient and present in order to deal with coming subsequent waves of the virus.”

Ewa Krajewska, an expert in public law litigation, a Toronto-based partner with BLG and co-chair of its appellate advocacy group, agreed with panellists that there are problems with the legislation. The Reopening Ontario Act puts Ontarians in a state of what she called “emergency purgatory.”

“We’re not under an emergency any more, but all the same criteria for amending and changing these orders and continuing their effect apply,” she observed. “So we actually are in an emergency that’s no longer declared. And so it seems for at least the next year we’re in this purgatory phase where we’re waiting to see what happens.”

Krajewska said the government is constrained to amending orders in only three areas: the closing of places of business, providing rules or practices for workplaces and the prohibition of public events. But, she added, “that’s a huge amount of society that is being regulated through these powers.”

The Reopening Ontario Act also expands the powers available to the government under the EMCPA by allowing it to amend orders if the changes are consistent with the original purpose and to make rules more restrictive by returning to stages 1 or 2 of reopening.

In this state of “emergency purgatory,” however, the courts may not look favourably on the government if the legislation is put to the legal test, argued Krajewska.

“I think there is a question of whether this is democratically acceptable to the extent that it should be,” she added. And in the months ahead, depending on how government and employers use the legislation, “maybe we’ll have more scrutiny of the legitimacy of this approach.”