Ontario Court of Appeal flinches in face of 500-page factum

How do you solve a problem like a 523-page factum?

If you’re the Ontario Court of Appeal, you respond with a polite and well-reasoned “no thank you,” as it did in its recent decision in OZ Merchandising Inc. v. Canadian Professional Soccer League Inc. 2020 ONCA 532.

Against the backdrop of a bitter, long-standing sports dispute involving the now defunct Ottawa Wizards professional soccer team, the appellant, OZ Merchandising Inc., filed a motion with the Court of Appeal seeking leave to submit a factum surpassing 500 pages in length — about 16 times the required limit of 30 pages. More than 300 of the pages comprised appendices.

OZ Merchandising, which manages the OZ Dome indoor soccer facility in Carp, Ont., just outside Ottawa, is appealing an Ontario Superior Court decision delivered in August 2019 by Justice Robyn Ryan Bell following a seven-week trial that saw the judge discharge the jury due to serious “transgressions” in the plaintiff’s closing address over what the court found were misstatements of fact.

The trial centred on the plaintiff’s allegations that, in various ways, the CSA, OSA and EODSA were negligent and interfered with its economic interests. In one case, for example, it charged that the CSA interfered with its economic interests in November 2003 by issuing international transfer certificates for two Ottawa Wizards players, which resulted in them returning to their home country of Malawi.

In moving to file its voluminous factum with the Appeal Court, OZ Merchandising claimed that the issues in the case are complex, the trial was long and that it could not properly argue its numerous grounds of appeal without the lengthy factum.

In making the motion, counsel for OZ Merchandising, Windsor, Ont.-based Rose Anne Faddoul and Nicholas Karnis, in-house counsel for Ottawa-based OZ Optics Ltd., a sister company, offered to move the appendices to a compendium to reduce the size of the factum, but maintained they could not shrink it to any less than 125 pages.

According to the facts of the motion detailed in the Court of Appeal decision, the responding parties, including the CSA, OSA and EODSA, agreed to allow OZ Merchandising to file a factum of 40, 50 or even 60 pages, but argued that even a slimmed-down 125-page factum was excessively long. If OZ Merchandising was allowed to go beyond the 30-page limit, they contended, they should also be permitted to do so — to which the appellant agreed.

But “I am not persuaded that the requested extension to the moving party’s factum is warranted,” Court of Appeal Justice Lois Roberts, acting as motion judge, wrote in her decision released Aug. 24.

The 30-page limit has already been “set with a view to reasonably complex cases,” she added, pointing to cases such as Chief Mountain v. Canada (A.G.) 2012 BCCA 69. Drawing from Brown v. Lowe 2000 BCCA 635, she underlined that the purpose of the 30-page limit is “to focus counsel on the issues and not have a factum that goes on and, in fact, wanders.” The Rules of Civil Procedure R.R.O. 1990, Reg. 194, she noted, also stipulates the need for concise statements of the facts and law in the facta submitted by appellants and respondents.

Granting leave to litigants to go beyond the 30-page limit is “exceptional and granted sparingly,” she wrote. Quoting the words of her Appeal Court colleague, Justice David Paciocco in Michail v. Ontario English Catholic Teachers’ Association 2018 ONCA 950, she added that “the 30-page limit for facta is imposed to keep appeals manageable, efficient and cost-effective for the litigants and the court.”

The factum was also made unnecessarily long through excessive repetition and its whopping 60 grounds of appeal, observed Justice Roberts, who joined now Chief Justice Richard Chartier of the Manitoba Court of Appeal in R. v. Henderson 2012 MBCA 93 in criticizing a “shotgun approach to appellate advocacy.”

“Courts expect counsel to be of assistance in the appellate process,” she noted in an extended quotation from Henderson. “They expect counsel not to waste the court’s valuable resources by simply dumping the appeal on the court’s lap.” 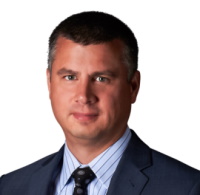 Frank Costantini, an associate with the Toronto-based litigation firm Bell Temple LLP who is serving as counsel for the Canadian Soccer Association, said that what’s good for the court is often good for the client.

“As counsel,” he told The Lawyer’s Daily, “we have a duty to serve our client, but also a duty as an officer of the court to use those finite resources responsibly so you’re not wasting their time.”

Ultimately, he added, overwhelming the court with hundreds of pages of factual detail and legal argument does not serve justice.

“Any party could say, ‘Well, on page 472 you didn’t consider that,’ ” he said. “So that’s a problem because you’re setting up a scenario where it becomes impossible to address every single point.

“If you want the judges to consider your argument, it becomes incredibly burdensome on the court to go through that many pages.”

The Court of Appeal decision does a genuine service to all stakeholders in the justice system, said Costantini, and is an important reminder to serve clients within the parameters set by the court. It’s what lawyers are trained to do, he noted.

“Generally, if you can’t say it within the limits that the court prescribes, then you probably need to refine your argument,” he added. “That is part of our job. Use your skills as best as you can and get the job done.” 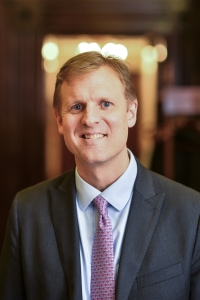 Trevor Farrow, a professor and former associate dean at Osgoode Hall Law School at York University and chair of the Toronto-based Canadian Forum on Civil Justice, a civil justice research and advocacy organization, said it’s important to recognize that although Canadians want an open, accessible and public justice system, it’s not free.

“One of the huge problems that we are seeing more recently in the access-to-justice literature is that it is costly, it’s expensive, there are delays, and so there is strong encouragement from the Supreme Court of Canada on down to try and find ways to dispense good justice while not becoming obsessed with perfect justice in a way that somehow then completely bogs down the system,” he told The Lawyer’s Daily.

The need for efficiency in the justice system has become even more pressing as courts contend with huge backlogs made worse by the COVID-19 pandemic.

“So to the extent that we want to keep cases moving through,” he added, “if we bury judges in boxes and boxes of materials and expect them to read that material and be familiar with it, cases will just take an incredibly long time.”

Page limits and time limits are now common to courts across Canada and around the world, said Farrow.

“To me the days are over of some kind of unlimited court time where people simply get to use as much time as they want,” he observed. “We just don’t have the resources to make that kind of unlimited space available. But that does not mean that people shouldn’t have access to courts. They should. And that’s the way we’re going to make it more accessible for more people if we really cut to the chase as quickly as possible for cases and get more judges looking at more cases that need their attention in a really focused way.”

In an e-mail to The Lawyer’s Daily, Rose Anne Faddoul, co-counsel for OZ Merchandising, declined to comment because the case is ongoing, but said her client has asked for the factum decision to be reviewed by a three-judge panel of the Court of Appeal pursuant to s. 7(5) of the Courts of Justice Act and subrule 61.16(6) of the Rules of Civil Procedure. Jordan Goldblatt, counsel for the OSA and the EODSA and a founding partner with Toronto-based Adair Goldblatt Bieber LLP, declined to comment due to ongoing litigation.