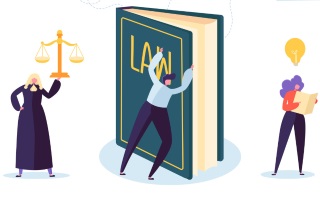 What are the court’s obligations in dealing with self-represented litigants?

Self-represented litigants present a novel challenge to both the court and to counsel representing an opposing party. Despite the courts’ comprehensive guidelines to assist self-represented litigants, lawyers find themselves in a quandary when faced with adverse parties who assert, unequivocally, that their lack of knowledge of procedure, process and the law has denied them their rightful access to justice.

With an apparent continuing increase in self-representation, we decided to take a closer look at how much leeway must be given the self-represented litigant (SRL).

It is, in our experience, trite to say that the courts are increasingly presented with the SRL, especially in the family courts. Although the reason for this increase is frequently attributed to the cost of representation by a lawyer, many legal counsel suspect that parties choose to self-represent because they are given assistance by the court, and frequently a greater latitude in dispensing with the rules of court and other procedures that otherwise bind the party represented by counsel.

Moreover, by one party self-representing, the costs to the represented client can escalate while debates or explanations about process, procedure and outcome are elongated. The court also frequently looks to the lawyer representing their client, and not the SRL, to draft orders and otherwise keep the process moving, all at increased cost to the represented party.

Just what is the obligation of the court — and counsel — in dealing with the SRL? How much latitude must be granted?

The attitude of the courts has been evolving over time. The earlier harsh attitude towards SRLs is illustrated by the Alberta Court of Appeal in Broda v. Broda 2001 ABCA 151, wherein the court stated: “[U]nrepresented litigants are entitled to justice, but they are not entitled to command disproportionate amounts of court resources to remedy their inability or unwillingness to retain counsel. If they seek free lunch, they should not complain of the size of the helpings.”

The Canadian Judicial Council issued a Statement of Principles on Self-Represented Litigants and Accused Persons (September 2006) (CJC Statement), which has been endorsed by the Supreme Court of Canada, widely cited in case law and evidences a more flexible attitude. The CJC Statement provides guidance to the judiciary on how to ensure litigants understand and meaningfully present their case regardless of representation.

Having a right to a fair hearing, however, does not and should not entitle the SRL to a crash course in law or procedure by either a court or lawyer. The enumerated principles address promoting rights of access and promoting equal justice, as well as discuss the responsibilities of the participants in the judicial system.

The CJC Statement recognizes that while assistance must be provided to SRLs in order to ensure that they receive effective access to justice, SRLs are nonetheless expected to prepare their own case, familiarize themselves with the practices and procedures governing their claims and remain subject to those rules and procedures like any other litigant. Furthermore, the right to a fair hearing applies equally to all litigants, represented or not.

The CJC Statement was expressly endorsed by the Supreme Court of Canada in Pintea v. Johns 2017 SCC 23. In this case the plaintiff was injured in a motor vehicle accident and initially had the assistance of counsel in advancing his case. He finished as an SRL, who was disabled and spoke English as his second language.

The plaintiff failed to inform the court and the defendants of his change of address and as a result did not get notice of case management meetings that he should have attended. He was found to be in contempt of court for missing the meetings, his claim was struck and he was assessed over $80,000 in costs against him. The Supreme Court found that he could not be held in contempt, restored his action and removed the cost award.

Following this endorsement by the Supreme Court of the CJC Statement in Pintea the principles have been referred to and applied by Canadian courts. The Supreme Court’s endorsement has been interpreted by authors as providing direction to the lower courts that a strict application of court procedural rules against an SRL may lead to an injustice.

Others, however, including Jennifer Leitch, visiting professor at Osgoode Hall Law School and adjunct professor at University of Toronto Law School, are of the view that Pintea has not obligated judges or counsel to conduct themselves with SRLs differently in consistent and meaningful ways.

The Ontario Court of Appeal has weighed in on the recent case of Girao v. Cunningham 2020 ONCA 260. In this case the SRL used a Spanish interpreter throughout a complex 20-day personal injury trial. The appellate court ordered a new trial, saying that it was “one of those rare civil cases in which a new trial should be ordered because ‘the interests of justice plainly require that to be done’ ”.

One of the egregious acts of defence counsel was to file a 16-volume “Joint Trial Brief” on the eve of trial, and their strategy was to keep expert evidence that was favourable to the SRL away from the jury.

The appellate court noted that it was no longer sufficient for a judge “to simply swear a party in and then leave it to the party to explain the case, letting the party flounder and then subside into unhelpful silence.” The judge had special duties to acquaint the SRL with courtroom procedure and the rules of evidence.

There were, however, clear limits to a trial judge’s duty to assist an SRL, and the actuality and the appearance of judicial impartiality must be maintained. As officers of the court the lawyers had a duty to bring to the court’s attention any binding authority directly on point, and it was open to the trial judge to require counsel to assist with legally contentious issues by way of briefing notes. It was not enough for the trial judge to leave the unsophisticated SRL who struggled with the English language to her own devices — fairness required more.

There are certain situations where the SRL will be held to a high standard of observance of the rules of court. For example, if the SRL is sophisticated in the sense that they are “not a neophyte in the civil justice system” the rules may be strictly applied. Thus in Clark v. Pezzente 2017 ABCA 220 the SRL was found to be sophisticated in that he had made articulate and well-informed submissions to the court and the transcripts of previous proceedings revealed he was quite capable of advancing his arguments.

His application to restore his appeal was therefore denied following his failure to post security for costs within the time stipulated. As he was a sophisticated litigant it was not unfair to hold him to compliance with the applicable rules and procedures.