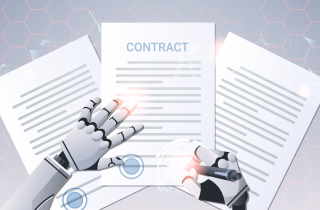 How COVID-19 will change legal innovation

When Ryan Edmonds, a Toronto-based employment lawyer, launched his firm in 2014 he didn’t set out to be an early adopter of legal technology. Cost and flexibility, he says, made setting up a cloud-based paperless system an easy choice.

Now six years later, Edmonds’ practice is still growing (even in today’s climate), and investing in technology early on, he says, was key to enabling his firm to capture the sharp spike in business caused by the COVID-19 pandemic.

“The transition was absolutely seamless, which was important when the unemployment rate spiked to 13 per cent in a matter of weeks. A good Internet connection and webcam; it’s surprising how much can be done with just that.”

Edmonds and his team access their files from the cloud. A fully integrated voice over Internet protocol (VoIP) system forwards client calls to their cell phones. Retainer agreements are easily signed via an e-signature platform. Automated newsreaders keep his team informed of the latest case law and legislative developments. A private instant messaging system with videoconferencing helps everyone stay connected. And everything is secured by multiple layers of encryption and two-factor authentication (2FA).

But even the best technology platforms, he says, can’t replicate the value of in-person meetings. The trust and rapport you build with clients when you’re face-to-face, all that is still so important. “If I could wave a wand, I would absolutely want to go back to in-person meetings — there’s no question — but for now technology has provided an invaluable stopgap.”

His experience provides some insight into what the future of law practice and legal innovation may look like. When the Canadian Bar Association (CBA) released its Legal Futures report in 2014, it identified cloud-based technologies, online learning, electronic filing and videoconferencing as disruptive forces that could alter the practice of law but also presented “significant opportunities” for the lawyers who embraced them.

The global pandemic has propelled the legal community to adopt technology at an unprecedented rate, but it has also introduced new obstacles. Identification and verification of clients and third parties, notarization, e-signatures, execution of testamentary documents, transfers of title and sworn affidavits are just some of the emerging challenges that lawyers are grappling with.

A recent paper published by McKinsey consultancy group found that companies that focused on innovation during the 2009 economic crisis emerged stronger and outperformed the market average by more than 30 per cent within three to five years. The potential payoff, however, often isn’t enough to entice companies. An OECD study completed after the last economic crisis found that business research and development (R&D) on high-risk inventions hit all-time lows during the economic downturn.

Generally economic downturns tend to disincentivize organizations from investing in large-scale innovation because of the restrictions on available capital, especially when the returns are uncertain and long term, explained Amy ter Haar, curriculum designer at Osgoode Professional Development and an independent legal adviser who assists industry leaders in implementing frontier research to practical business applications.

Integration, ter Haar notes, remains a significant hurdle for firms trying to digitally automate common processes like verification of client identity. In many cases the technology already exists in the marketplace, but it isn’t necessarily compatible with the firm’s existing software and business operations.

“At this point, unless there’s a really strong enterprise use case to justify the expense on a commercial level, it becomes a hindrance for smaller firms to connect those pieces of software to allow them to speak to each other.”

But it isn’t all grim news on the innovation front, ter Haar adds. “A comprehensive platform that offers a firm a holistic solution and doesn’t require a huge integration is where I think innovation needs to go.”

As the pandemic stretches on, she notes that we may see more firms turning to startups for solutions that are out of the box ready.

According to the Innovation Economy Council (IEC), collaboration between startups and existing companies will be vital to Canada’s post-pandemic economic recovery. The informal coalition of six industry leaders (MaRS, OCE, Communitech, DMZ, Invest Ottawa and CCRM) formed at the beginning of the COVID-19 crisis to advocate for Canada’s tech startups and identify new opportunities for growth.

Its inaugural report found that tech startups already formed a substantial part of Canada’s economy before the pandemic. The GDP growth in the software industry alone averages 14 per cent (the average across other industries is approximately two per cent).

Startups are key drivers of economic growth but, as the OECD reports, they are at high risk of extinction because their most valuable assets tend to be intangible and difficult to borrow against.

Across industries, innovation is often an overused buzzword. But in its simplest terms, it’s about finding answers to real problems. At this stage, pandemic legal innovation may be less about creating the next big technology breakthrough and more focused on finding the practical solutions that keep business running.

Maggie Vourakes is a law student at Osgoode Hall Law School with a background in journalism and communications. Connect with her on Twitter at @maggievourakes.