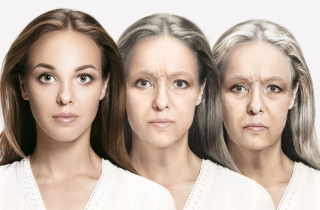 Amid the COVID-19 pandemic, Canadians overwhelmingly agree that the virus has exposed a greater need to focus on health care for seniors, according to a new survey by the Baycrest Foundation. The Canadian Brain Health Index, an Angus Reid poll of 1,510 Canadians, provides a benchmark of attitudes towards older adults, health-care research and brain health.

The national survey supports the fifth annual Yogen Früz Brain Project, an exhibit of 50 brain sculptures designed by artists and celebrities to raise awareness about brain health and funding for dementia research at Toronto’s Baycrest Centre, a global leader in geriatric care.

In the Angus Reid poll, Canadians of all ages ranked residential care (92 per cent) and dementia (90 per cent) as the two leading issues that need addressing to improve senior health care. The survey found that 87 per cent of 18- to 34-year-olds and 88 per cent of 35- to 54-year-olds believe dementia is an important health concern to address. Among those aged 55 and over, the percentage rises to 93 per cent.

In a society steeped in ageism, these numbers are encouraging. Perhaps the pandemic has unified generations over a sense of shared grief.

It was just 10 months ago that “OK, boomer” gained widespread popularity among some millennials and teenagers. The ageist slur, used to ridicule an older person’s views as outdated, hit a fever pitch in November 2019 when 25-year-old New Zealand MP Chlöe Swarbrick slung it at an older parliamentarian in response to his heckling. Many younger adults were delighted.

By January 2020, the viral retort had become so widespread that it even caught the attention of U.S. Supreme Court Chief Justice John Roberts, who asked counsel whether saying “OK, boomer” to a job applicant could be unlawful age discrimination. “[Y]es, of course,” the lawyer replied in part.

American physician Robert Butler coined the term “ageism” in 1969, defining it as stereotyping or discrimination against people because of their older age. “Ageism allows the younger generations to see older people as different than themselves; thus they subtly cease to identify with their elders as human beings,” Butler wrote.

Like the coronavirus, ageism is everywhere. The World Health Organization identifies ageism as the most socially accepted form of prejudice, and says that unlike racism or sexism, ageism “is not widely countered.” Indeed, there have been no mass marches protesting the cruel and inhumane treatment of seniors in long-term care. We tolerate ageism. It is normalized.

Ageism also has a negative impact on the health and well-being of older adults. Internalizing negative beliefs about aging can increase stress, and among the maladies associated with age, studies have shown how chronic stress may increase the risk of developing dementia. Positive beliefs about old age can be a protective factor against the disorder.

In 2008, two years before his death at age 83, Butler wrote that “the underlying basis of ageism is the dread and fear of growing older, becoming ill and dependent, and approaching death.” To cope with this psychological threat, individuals reject and marginalize older people.

At the policy level, ageism has contributed to the unconscionable abuse and neglect in long-term care homes — conditions so horrific in some homes during the pandemic that the Canadian Armed Forces issued bombshell reports detailing the problems in Ontario and Quebec.

Ageism has also allowed our political leaders to escape accountability. Provinces “have failed to support our seniors,” Prime Minister Trudeau said in a June 2020 news conference.

“Canadians are fed up with constitutional finger pointing at the expense of lives,” wrote Laura Tamblyn Watts, a lawyer and CEO of CanAge, a national seniors advocacy organization. Long-term care is the responsibility of all governments and every level has failed seniors, she argued.

Eight years ago, Canada’s then Chief Justice Beverley McLachlin urged us to “acknowledge ageism as our particular cultural default zone.” Speaking to the U.S. National Academy of Elder Law Attorneys in Seattle, she said we must “constantly remind ourselves that the elderly are worthy human beings endowed with the full measure of human dignity, for however long they may live and in whatever state they may find themselves.”

The COVID-19 pandemic is a moment for Canadians of all ages to reflect on the damage ageism has caused in our country. It is a chance to change how we care for people with dementia in long-term care and to ensure all seniors in our communities live with dignity.