Twenty years ago the Royal Commission on Aboriginal Peoples advised Ottawa to appoint the first Aboriginal jurist to the Supreme Court of Canada.

It still hasn’t happened. But momentum has started to build again, with more indigenous law graduates, growing political pressure from indigenous Canadians and the arrival of a First Nations justice minister as part of a new federal government pledged to create “a renewed, nation-to-nation relationship” with First Nations, Metis and Inuit.

Some old impediments remain. A big one is the sheer lack of indigenous jurists on the federally appointed trial and appellate courts — the traditional recruiting ground for the highest court.

The numbers are starkly incongruent. Self-identified First Nations, Metis and Inuit people totalled 1.4 million in 2011, representing 4.3 per cent of Canada’s population, according to Statistics Canada. There are now hundreds of indigenous lawyers.

Yet of 1,134 federally appointed judges sitting today, only a handful (half of 1 per cent) are known to identify as indigenous. If federal judges were appointed in proportion to indigenous Canadians, there would be nearly 50. Instead there are believed to be just six or seven.

“We do need more,” said Federal Court Justice Leonard (Tony) Mandamin, who is among Canada’s most senior indigenous judges.

“When you consider the whole spectrum of First Nations, Metis, non-status [Indians and] Inuit, it’s woefully short in representative numbers,” Justice Mandamin said in his Ottawa chambers. “Lacking that perspective is a hindrance, if not a disadvantage.”

For one, diversity in the judiciary helps superior courts better address the many types of issues they confront, he pointed out.

For example, indigenous perspectives can make “a huge difference” in criminal law, and are “crucial” in family law cases. “There’s a need to have an appreciation, or a willingness to look into, the family circumstances and context of indigenous families,” he said.

Justice Mandamin noted a distressing number of indigenous children are in the hands of child welfare agencies — part of the toxic aftermath of the residential school system which ripped apart many indigenous families. “And having judges, both at the provincial and the superior court level, that have some perspective on this is something we need,” he said.

Justice Mandamin recently wrote the federal Judicial Compensation and Benefits Commission to ask it to consider recommending to Justice Minister Jody Wilson-Raybould the removal of one long-standing (but unnecessary in his view) hurdle to recruiting indigenous jurists to the federal benches.

As a former Alberta provincial court judge, who presided in Edmonton for seven years before joining the Federal Court in Ottawa 2007, he said he is aware of some 14 indigenous judges sitting on the provincial and territorial courts — a prime pool for recruitment to the superior courts.

Justice Mandamin called this “disconnect” between the pension credits for serving in the provincial and federal courts a “barrier” to the appointment of provincial court judges to the superior courts — and one that contributes to the dearth of indigenous jurists on the federal benches.

In his own case, despite more than 16 years of service as a judge, he does not yet have a locked-in pension — which normally occurs 10 years after appointment. His provincial pension was “heavily discounted” because he was deemed to have retired early when he departed, after seven years, for the Federal Court. And, at age 71, he doesn’t yet qualify for a full federal pension since it only kicks in after 10 years of service at the federal level.

“I raise this issue for future appointments since I myself will be well past this question in the not-too- distant future,” the judge explained in his letter. He asked the commission to recommend that the federal government address giving provincial court judges pension credit for their time on the bench before their appointments to the superior courts — an issue likely to require collaboration between Ottawa and the provinces.

Justice Mandamin’s suggestion was endorsed by Dianne Corbiere of Nahwegahbow, Corbiere in Rama, Ont. “Any efforts to try to recruit indigenous people, or attract indigenous people to the judiciary, should be seriously looked at,” she said.

Corbiere was president of the Indigenous Bar Association in 2004 when Ontario Court of Appeal Justice Harry LaForme became the first indigenous jurist appointed to an appellate court in Canada (and indeed the Commonwealth). “Since the time we were looking at this issue, I’m actually seeing fewer provincial or federal judges in the current complement,” she noted. “We saw with the [Martin] Liberal government, there was an effort [to appoint indigenous judges]. And when the Conservative government came in there was no effort…So now we have a Liberal government again — making a campaign promise to address the inequities in federal appointment processes — so they need to seriously look at this.”

Corbiere said there are a number of factors keeping indigenous jurists off the federal benches. Among them is an antiquated, partisan and discouragingly opaque, judicial appointment system that Corbiere said has rejected some highly qualified indigenous applicants.

If the Liberal government lives up to its campaign promise to make government appointments more transparent and diverse — with greater focus on merit, free from partisan political considerations — it could lead to the appointment of more indigenous judges, she suggested.

“There’s something wrong here,” Corbiere emphasized. “There’s definitely an indigenous pool [of jurists] to choose from, and…if [the Liberals] are serious about dealing with indigenous laws and reconciliation, then they need to include indigenous people, and they need to look at their systems to make that happen.”

She said her association would welcome the opportunity to collaborate with judicial appointments advisory committees across Canada who vet the qualifications of applicants for the superior courts. 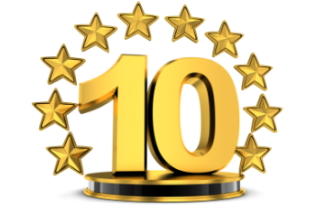