The COVID-19 pandemic has shuttered courthouses and affected the bottom line of legal professionals across the country, and now a bencher at the Law Society of Ontario (LSO) has brought forward a motion to cut practice fees as a means of helping people weather the storm. But the chair of the law society’s audit and finance committee says such a move would be reckless and harm a bottom line already battered by the pandemic.

Bencher Geoff Pollock is proposing an across-the-board 25 per cent cut in licensing fees starting in 2021, which has been placed on the agenda for the LSO’s Sept. 24 Convocation. Pollock said the pandemic has had a devastating financial impact on the profession.

“We have been suffering through the worst economic crisis in anybody’s living memory and that is across the province, the country and the entire world,” he said. “What this is trying to do is send out a message to the profession that help is on the way. This isn’t going to solve the COVID crisis, but it is a signal of meaningful hope that we are doing everything we can to assist the profession and act in the public interest.”

The effect of COVID-19 has been particularly acute on solo practitioners and especially paralegals, said Pollock.

“What a lot of people don’t realize is virtually everywhere a paralegal can practise has shut down — small claims court has shut down, the Landlord and Tenant Board, the tribunals,” he said. “It has had a devastating effect on lawyers for sure, but there are other things they can do that a paralegal just can’t.” 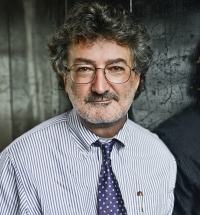 But Joseph Groia, chair of the LSO’s audit and finance committee, said he didn’t think Pollock’s proposal was the right way for the law society to deal with the crisis, noting the move would have a negative effect on LSO revenues as it moves through the process of dealing with the balance sheets.

“I think [Pollock] and I both share a similar concern that we do need to do something, but I think we do differ dramatically on the process we should follow in getting to that solution,” he said. “We’ve already made a number of important financial decisions so our expenses are down dramatically, but unfortunately our revenues are also down so we have to ask as a society what we are doing, why we are doing it, do we need to be doing and if we can be better.”

“Right now I don’t think there is much debate amongst the benchers that we need to listen and be responsive of the concerns of the membership, but with all due respect I consider this proposal to be a reckless one,” he said. “I know some of the benchers have asked Geoff to explain why he would want to give a significant reduction in fees to the Seven Sister firms, and there has been no answer.” 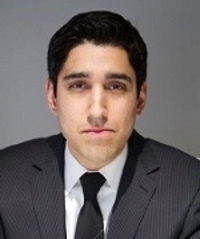 Pollock said the response to his motion has been positive and noted a number of e-mails have been circulating online in support of a conversation about fee reductions. Ryan Handlarski, a criminal lawyer in private practice, is the author of one such e-mail, saying while he is not necessarily supportive of an across-the-board 25 per cent cut, it is important for him that a conversation begins about the disparity of the COVID-19 experience between people in private practice and those in the public sector.

“Many new lawyers have had their articling positions cancelled or have lost their jobs, so whether they want to or not many of them are going to have to go out on their own and hang up their shingle, and the law society fees are a barrier to entry,” said Handlarski. “More of them will be able to do it if they have their fees reduced. This is a conversation we are not having, and it is important that we do and help to increase access to justice, particularly among younger and newer members of our profession.”

For his part, Groia said he is encouraged by the messages he has gotten from people that dealing with COVID-19 needs to be done in a smart and disciplined way.

“What makes sense to me is to come up with a sustainable and balanced solution that provides financial support to those members who need it, but at the same time keep in mind that we do have pretty important jobs to regulate the profession,” he said. “As best as I can tell, the proposal is just a number picked out of thin air and from a financial point of view it is just not sustainable to go down that road.”

And Groia said there has been a “much more powerful and vociferous” response to proposals on removing fee exemptions for lawyers who are over the age of 65 or who have practised for more than 50 years, issues which are currently before benchers.

“Many lawyers and paralegals have made their views loud and clear on those issues, which has caused a very robust debate in the law society,” he said. “That debate is going to continue, and I would be very surprised when it comes back for formal approval, we don’t see some changes.”