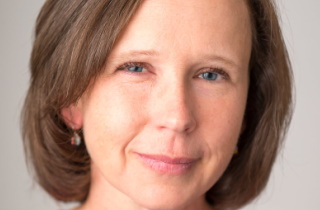 Participatory democracy and community consultation have suffered in some Canadian cities as the pandemic puts municipal governance under unprecedented pressure, according to a report by the Centre for Cities at the University of Windsor Faculty of Law.

The centre’s first report, titled States of Emergency: Decision-Making and Participatory Governance in Canadian Municipalities During COVID-19, calls on provincial governments across Canada to enact legislative reforms that, among other things, would require mayors to consult with municipal councils on decision making whenever possible during states of emergency and mandate council, committee and commission meetings to continue.

Anneke Smit, an associate professor in the faculty of law and director of the Centre for Cities, who co-authored the report with 2019 law grad Terra Duchene and law students Hana Syed, Aucha Stewart and Michael Fazzari, said the Canadian Urban Institute’s CityWatch Canada website indicated that as many as 58 of the country’s 65 largest cities have had states of emergency during the pandemic, and some remain in effect.

Anneke Smit, associate professor in the faculty of law and director of the Windsor Law Centre for Cities

“The idea of the report was not to judge, per se,” she told The Lawyer’s Daily, but to say, OK, what have we learned from this experience? What has practice looked like? What did the legislation allow? What did municipalities come up with in terms of what works? How quick, how nimbly were they able to respond, and what are some best practices that might inform both municipal practice in the future and also perhaps legislative reform?”

With cities in Canada still creatures of provincial legislation, the report also urges provincial governments to take steps to strengthen public consultation and other public participation requirements in municipal decision making during emergencies.

Smit said British Columbia is the only province where legislation concerning emergency plans specifically directs municipal councils to consult as a whole before implementing emergency measures.

On the municipal level, the report recommends that city councils ensure that public consultations continue through states of emergency, even if they must be adapted to changing circumstances. It also says cities should ensure that communities most impacted by an emergency and emergency measures are meaningfully consulted in decision making, especially Black, Indigenous and people of colour (BIPOC) communities. In addition, it recommends that some of the innovations in participatory governance methods that have developed during COVID-19 should continue post-pandemic, such as the use of online community meetings.

“It should be easier for people to get there and to participate in council meetings,” said Smit, “but we know people often don’t.”

The 49-page report examines municipal governance during the pandemic from a number of angles, including regulating physical distancing, governing public transit, the establishment of COVID-19 commissions and committees, decision making by mayors and councils, the operation of standing committees and commissions, and the length and termination of municipal states of emergency.

Smit said the level of council and public consultation has varied widely among Canadian municipalities during the pandemic, and the report’s researchers describe several broad trends they spotted, including unilateral decision making by mayors or mayors and an emergency committee made up of unelected administrators.

“In some cases,” said Smit, “the mayor might consult with councillors, but then ultimately make the decision her or himself. In some cases, council meetings were cancelled and that was a common occurrence across the country and certainly understandable in the immediate short term.”

Cities such as Toronto and Windsor were among the slowest to resume full council meetings, she said. In contrast, other municipalities went the extra mile to reach out to their residents, reflecting a more co-operative local governance culture. Smit cites cities such as Vancouver and St. John’s.

“In some cases, the municipality actually reached out to people to ask what’s the best way for us to consult with you during COVID,” she explained. “I think it’s a sign of a community that is very concerned about making sure it reaches citizens and hears from them.”

More than ever, she added, issues of municipal governance and law are critically important because, increasingly, the world’s cities are the first responders in addressing fundamental issues like systemic racism and global warming. Smit said that trend is embodied in organizations such as C40 Cities, an alliance of 97 of the world’s largest cities committed to taking the lead in bold action on climate change. Former Toronto mayor David Miller is one of its leaders.

“One of the things that struck us as we were looking at this,” she noted, “was it’s not just about dealing with COVID.”

Mary Ellen Bench, counsel in the real estate group for Dentons in Toronto and a former solicitor for the City of Mississauga, said some cities declared states of emergency before provinces did and, overall, they’ve done very well in adapting to the pandemic.

“So it’s a lot to handle,” she added. “And cities and municipalities are facing increases in cost and decreases in revenue at the same time.”

Considering all that, said Bench, “I am really impressed with how the municipal sector has responded. I think they’ve done an excellent job and had things up and running very quickly. I mean by May or June, meetings were being held online. Everybody knows how to use Zoom now. I mean council meetings will never be the same, I don’t think, and participation will never be the same.”

When provinces began declaring states of emergency, municipalities had to deal with issues of paramountcy, said Bench, sorting out roles and responsibilities between each level of government. Many city solicitors received support from professional networks through the Association of Municipalities of Ontario and the Municipal Law Departments Association of Ontario.

“When you’re dealing with a crisis,” she said, “the collective knowledge is phenomenal in groups like that and everybody helps each other out. I know those groups helped a lot to get people through as they moved forward.”