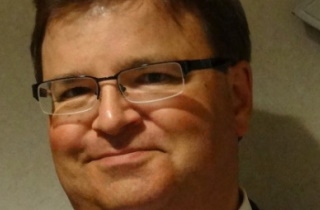 In an Oct. 15 notice, the Superior Court of Justice (SCJ) and the Ontario Court of Justice (OCJ) announced the immediate suspension of all in-person proceedings due to a recurrence of mould, which has been a longstanding problem in the building. Milton, a city of just over 110,000, is located in the centre of the Regional Municipality of Halton, one of Canada’s fastest growing areas.

“The Ministry of the Attorney General has recently informed the Courts of a new discovery of mould in the Milton courthouse,” said the notice from the courts.

“While air quality tests undertaken by experts suggest the air quality is safe, the SCJ and OCJ are concerned about the recurring discovery of mould in this building. Accordingly, both Courts have suspended in-person court hearings and processes at the Milton courthouse pending the completion of a comprehensive, independent health and safety investigation of the entire courthouse, which will include the remediation of any hazards identified.”

Information regarding the rescheduling of in-person criminal, youth, intake court, family and civil court proceedings will be provided as soon as possible, according to the notice.

After closing in March due to the pandemic, the Milton courthouse reopened for in-person proceedings in July as part of the Ontario government’s phased-in reopening of courthouses across the province. Like other locations, the Ministry of the Attorney General implemented public health measures for the building, including mandatory masking and physical distancing, enhanced cleaning, hand sanitizer stations and Plexiglass barriers.

Ken Kelertas, president of the Halton County Law Association and the director of legal services and legal counsel for the Halton Regional Police Service, said that the rediscovery of mould in the courthouse comes as no surprise.

“Over the years, there have been countless attempts by the province to remediate the health and safety risks posed by these contaminants, only to be followed by new discoveries,” he said in an e-mail to The Lawyer’s Daily. “It’s bit like a game of whack-a-mole.”

Kelertas said the Halton County Law Association supports the decision to close the Milton courthouse until it is safe to reopen, but cautioned that the closure will have a “serious impact on the administration of justice in Halton Region for the foreseeable future, especially with respect to criminal proceedings.”

“The closure also underlines the fact that the Milton courthouse is no longer a viable facility to house the administration of justice in the Region of Halton,” he added. “We therefore call on the province to move quickly to solidify its plan to transform the delivery of justice services in Halton Region and provide Halton with a new consolidated courthouse as soon as possible.”

The Ontario government stirred some controversy last May when it announced the cancellation of a proposed, state-of-the-art courthouse in Oakville. The seven-storey, 25-courtroom Halton Region Consolidated Courthouse, which was estimated to cost between $200 million and $499 million, would have replaced the aging courthouses in both Milton and Burlington. Officially announced in 2017, it was expected to open in late 2023 or early 2024.

Ontario Attorney General Doug Downey told The Lawyer’s Daily at the time that the province would still make a “substantial investment” in upgrading the Milton and Burlington courthouses and would bring forward a more detailed plan in the “next several weeks.”

In a May news release announcing the cancellation, the Ministry of the Attorney General said the proposed investment in the Oakville courthouse would be “repurposed to transform and update Ontario’s severely antiquated justice system.”

“Shifting traditional investments toward innovation and new technology,” it read, “will move more services online and position Ontario at the forefront of building the modern justice system of the future.”

The Ministry did not provide a comment on the current closure of the Milton courthouse before publication.

‘Just cause’ termination clause upheld but decision ripe for appeal