In the case of Uber Technologies Inc. v. Heller 2020 SCC 16, David Heller initiated a class action proceeding in 2017 for $400 million against Uber for violations of the Employment Standards Act, 2000 (ESA), alleging that he and other class members were employees and thus entitled to benefits under the ESA. In response to this claim, Uber attempted to rely on an arbitration clause found in their standard form services agreement. As such, the Supreme Court of Canada was tasked with determining the enforceability of an arbitration clause between global business company Uber and its drivers.

The majority of the Supreme Court found in favour of Heller, concluding that the arbitration agreement was invalid due to unconscionability and thus allowing the class action to proceed. The court held that there was an inequality in bargaining position given the disparity in sophistication between the parties.

Additionally, the court found the bargain to be improvident, given the disproportionality of the filing fees in consideration to Heller’s annual income and the monetary value of an arbitral award. As such, the court found the arbitration agreement to be invalid due to unconscionability and dismissed the appeal. Justice Russell Brown came to a similar conclusion but relied on finding the clause invalid as it was contrary to public policy and not unconscionable in nature. These judges were mainly concerned with the façade of dispute resolution that this arbitration clause attempted to present.

Given the cost of the proceedings ($14,500) in relation to the annual income of Heller ($400-600/week), the disproportionality of any possible award for Heller in relation to the cost, and the Netherlands being the forum of choice for the arbitration proceeding, the court concluded that the arbitration clause effectively makes the substantive rights given by the contract unenforceable by a driver against Uber.

In her sole dissent, Justice Suzanne Côté would have allowed the appeal from Uber, thus issuing a conditional stay on the class action proceeding and would have found the arbitration clause valid if Uber were to have advanced the necessary $14,500 administrative and filing fees to initiate the arbitration proceedings. She was of the position that this decision would uphold the principles of party autonomy, freedom of contract, legislative intent and commercial practicalities. So, what would happen if Justice Côté’s decision was the prevailing decision of the day? Luckily, we can get a glimpse of this utopia through similar factual proceedings in the United States.

In the article “‘Scared to Death’ by Arbitration: Companies Drowning in Their Own System,” authors Michael Corkery and Jessica Silver-Greenberg explore a similar factual situation to Justice Côté’s dissent. DoorDash, a company similar to Uber, specified in its contracts that its couriers had to proceed to arbitration. These cases would be heard by the American Arbitration Association and DoorDash would pay the majority of any fees that the Association required to start the legal process. Thus, when the lawyers at Keller Lenkner filed more than 6,000 applications on behalf of DoorDash’s couriers, DoorDash was blindsided by the mass arbitration filings and the nearly $9 million in filing fees they owed to the American Arbitration Association.

In this instance of wisdom, Justice William Alsup in Terell Abernathy, et al. v. DoorDash, Inc. allowed a motion to compel arbitration, forcing DoorDash to proceed to arbitration against these 6,000 claims. In this motion, DoorDash sought to stay these arbitration proceedings in favour of a class action settlement which is pending approval (which DoorDash ironically sought to block as well, but through requiring arbitration instead). In his conclusion, Justice Alsup writes:


“For decades, the employer-side bar and their employer clients have forced arbitration clauses upon workers, thus taking away their right to go to court, and forced class-action waivers upon them too, thus taking away their ability to join collectively to vindicate common rights. The employer-side bar has succeeded in the United States Supreme Court to sustain such provisions.

“The irony, in this case, is that the workers wish to enforce the very provisions forced on them by seeking, even if by the thousands, individual arbitrations, the remnant of procedural rights left to them. The employer here, DoorDash, faced with having to actually honour its side of the bargain, now blanches at the cost of the filing fees it agreed to pay in the arbitration clause.

“No doubt, DoorDash never expected that so many would actually seek arbitration. Instead, in irony upon irony, DoorDash now wishes to resort to a class-wide lawsuit, the very device it denied to the workers, to avoid its duty to arbitrate. This hypocrisy will not be blessed, at least by this order.”


In conclusion, class actions may in fact be the proceeding of choice for defendants faced with mass arbitration claims. Simply readjusting the distribution of costs for starting an arbitration proceeding may not sufficiently address access to justice issues.

Kevin Szeto is a third-year law student at the University of Windsor. He has an interest in technology, access to justice and advocacy, and can be reached at LinkedIn. 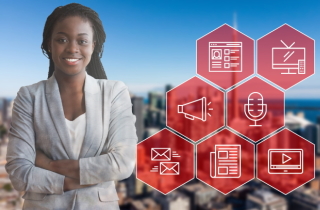 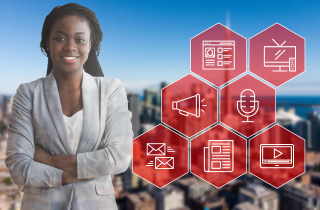 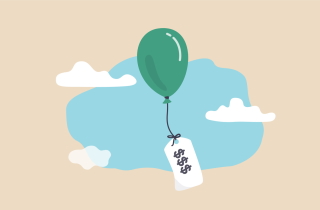