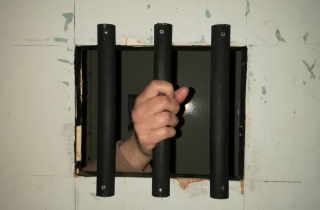 What COVID-19 taught me about solitary confinement

“The distinguishing feature of solitary confinement is the elimination of meaningful social interaction or stimulus. It has the potential to cause serious harm which could be permanent.” (Justice Mary Lou Benotto).

Solitary confinement, also known as, segregation, isolation or separation, is the practice of confining an individual in a cell by themselves for approximately 22 hours or more per day. The duration of the confinement can be long lasting. During isolation, individuals are segregated in small cells, away from the general population, with little to no contact with staff or other inmates. During a lockdown, inmates are prohibited from leaving their cells at all. Individuals held in solitary have little or no access to programs or amenities. The cell may or may not have a window, or may have 24-hour artificial lighting.

Several organizations such as the Ontario Human Rights Commission, the Canadian Civil Liberties Association and the United Nations, have consistently advocated for change in the administration and practice of solitary confinement. Many take the position that solitary confinement is a violation of ss. 7, 11, and 12 of our Charter rights, and it amounts to cruel and unusual punishment.

During the pandemic I self-isolated for a total of seven days (I did not have COVID-19). Self-isolation caused me to reflect significantly on the conditions of solitary confinement. Many individuals have had to self-isolate during the COVID-19 pandemic. In Ontario, self-isolation means staying home, not going outside and avoiding contact with others (if possible). I was stuck in my room, had no physical interaction with anyone and had no opportunity to walk outside for a breath of fresh air or to connect with nature. Fortunately, we live in a technological world, so I was able to FaceTime my friends and family. I also had access to a laptop and the Internet so I was able to work and binge watch Netflix (reruns of Law & Order kept me going). However, a lack of meaningful interaction with others did take a toll on me.

Many individuals who have self-isolated during the pandemic experience feelings of loneliness, depression and stress. Needless to say that some individuals lack access to, or are unable to afford laptops, phones or Wi-Fi to keep in touch with loved ones or to keep themselves entertained. I am fortunate that I have big windows in my room that I could crack open with natural light peeking through. I cannot fathom what individuals living in basements must feel with often tiny and difficult to reach windows.

After extensive litigation, in Canadian Civil Liberties Assn. v. Canada (Attorney General) [2019] O.J. No. 1537, the Court of Appeal held that “administrative segregation longer than 15 consecutive days was a violation of the Charter,” and that it was tantamount to cruel and unusual punishment. Late last year, Bill C-83 came into effect. The bill is an amendment to the Corrections and Conditional Release Act. Canadian federal correctional facilities are replacing “administrative segregation” with “structured intervention units” (SIUs). This new model is intended to address the specific needs and risks of inmates and to facilitate their reintegration back into mainstream inmate population as soon as possible. Individuals placed in a SIU are allowed to spend four hours a day outside their cell, including two hours a day of “meaningful” interaction with others. The model aims to better support individuals’ physical and mental health and is to consider the systemic factors that affect Indigenous people. Further, the model is alleged to have better transparency, accountability and will be subject to independent external review.

Although it seems that we are taking a step in the right direction, the new shift does not go without critique. First, not all federal corrections facilities have SIUs and they do not yet exist in provincial correctional facilities. Time will tell how effective this new system is in practice but we must remember that a majority of individuals held in prison will eventually be released back into the community and it is in the public interest to ensure that inmates have the opportunity to receive the help that they need and to address the factors that led to the offence.

Henna Parmar is a criminal lawyer in the Greater Toronto Area. You can reach her info@hplawoffice.ca or follow @itshennaparmar.

Interested in writing for us? To learn more about how you can add your voice to The Lawyer’s Daily, contact Analysis Editor Peter Carter at peter.carter@lexisnexis.ca or call 647-674-0776.