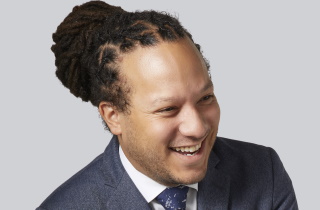 Substantive change is required in the legal system — and legal education — to meaningfully address access to justice and systemic racism. That was the message from scholars who spoke on an Oct. 26 panel set up as part of Access to Justice Week.

The “Conversation About Access to Justice and Systemic Racism” was hosted by University of Alberta law dean Barbara Billingsley and involved insights from Trevor Farrow, a professor at Osgoode Hall Law School, and Joshua Sealy-Harrington, a doctoral candidate at Columbia Law School and a lawyer at Power Law. Sealy-Harrington said the Canadian discourse on access to justice has been routinely conceptualized as access to courts but to truly understand it there are two distinct steps are required — looking at what justice is, and then looking at how people actually access it.

“Conceptualizing access to justice simply as access to courts presupposes that our courts in fact provide justice, but I think that we need to jettison that presupposition,” he said. “In my view, our privatized and individualist model of lawyering is systemically unjust as it unequally distributes legal power in our society.”

Sealy-Harrington said “we all know” the more money you have the better lawyer you can get and the more you can leverage the legal system, and one’s social position in society influences perceptions of credibility and therefore the extent to which rights can be legally vindicated.

There are a lot of people who think the best solution for the access to justice crisis is to get lawyers out of the way and let the market in, said Farrow. But he added he isn’t convinced pitching an “increasingly unequal, unjust and often unsafe society into the open arms of the private sector” is the answer to the problem.

“There is a lot of innovation which has happened that will be part of the menu of solutions for our access to justice crisis — I’m thinking of online dispute resolution and legal apps,” he said. “But they are not the silver bullet for all justice issues, and finding ways to deliver good justice to more people as opposed to perfect justice for just a few is a critical project post-COVID. I think we need to embrace technology where it is needed but to remember public justice in terms of behaviour modification, the creation of norms and laws and the protection of vulnerable communities.”

But Sealy-Harrington said recovery from COVID-19 connotes the idea of a return to normal, and he rejected the idea the former normal was even just in the first place.

“I don’t think the pandemic in this case made a just Canada unjust but rather aggravated the conditions of injustice which were already pervasive across Canada,” he said. “As Canadians we are at a fork between incremental and radical change in the legal system, and I would personally like to see more radical change. What that looks like I’m not precisely sure but at a minimum radical change necessitates a systemic lens — we must assess the health of our legal system not simply in terms of the apparent fairness of the rules which govern it, but the tangible and material outcomes of that legal system from the standpoint of societal hierarchies.”

The “fetishisation” of procedure and a disregard for outcomes has routinely created injustice in Canadian society, said Sealy-Harrington. He pointed to the issue of sexual assault defence, where historically the system provides for virtually unbridled cross-examination of sexual assault survivors with little connection to any legitimate defence theory.

“Procedure can be weaponized to foster substantive inequality,” he said. “I think we do need to be having conversations about adversarial systems in some contexts, because I don’t know if they are all that effective. In family law we have seen a big shift towards things like collaborative law because we have realized burning down the house and all the money we had to support our children in a legal battle and then taking the 10 per cent that is left and dividing it 80-20 isn’t a meaningful conception of justice.”

Sealy-Harrington said law schools need to ideologically commit to shifting their frame of reference from a narrow vision of law and doctrine.

“The focus of legal education across Canada is overwhelmingly doctrinal, and its rules over justice focus is not apolitical as some organizations and jurists would have you believe,” he said. “Committing to teaching the law without teaching its consequences sanitizes the law’s violence and thus entrenches the status quo. What percentage of students leave law school with expertise in housing justice or racial justice, and what percentage of students might be inspired to pursue those fields post-graduation once they have exposure to them?”

Farrow said there are examples of real innovation and change at Canadian law schools but there has been no radical change in terms of where the justice system is going.

“Some say law school is about producing practice-ready lawyers, but the question is what kind of practice are we making people ready for?” he said. “If you want to subscribe to the practice-ready argument that’s fine, but I think that misses the point of what lawyers should be doing if we are going to take the idea of meaningful justice for more people seriously.”