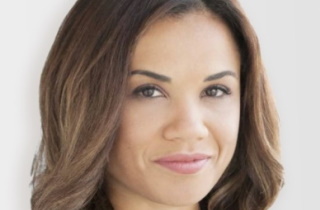 Some class actions and lawsuits alleging negligence by Ontario long-term care facilities in the deaths of more than 2,000 residents and patients from COVID-19 could effectively be wiped out by legislation proposed by the Ontario government, says an expert on class actions. But two lawyers involved believe their legal actions could withstand the immunity law.

“If the plaintiffs have alleged gross negligence and can prove bad faith and gross negligence, then their cases may survive,” said Jasminka Kalajdzic, an associate professor in the faculty of law at the University of Windsor and director of the faculty’s class action clinic.

Kalajdzic and Toronto lawyers Stephen Birman and Pinta Maguire said that Bill 218, the Supporting Ontario’s Recovery and Municipal Elections Act, 2020, makes an exception for legal actions that allege gross negligence. Those charging simple negligence, however, will likely be dismissed because provisions in the bill would raise the evidentiary burden in liability lawsuits and class actions from negligence to gross negligence.

The proposed law has been referred to the legislature’s Standing Committee on Justice Policy before third reading. If passed, it will also eliminate ranked ballots from municipal elections.

As of Oct. 31, 2,013 elderly residents and patients of Ontario long-term care facilities have died as a result of COVID-19, according to Public Health Ontario. Eight health-care workers and staff in long-term care homes have also died. According to a tally prepared by the Ontario Health Coalition, a Toronto-based non-profit with the stated goal of protecting and improving Canada’s public health-care system, at least two dozen legal actions have been prompted by the crisis in long-term care homes during the pandemic.

The Ontario government has maintained that the proposed legislation is geared to protecting average workers and businesses.

“After listening to the concerns of Ontarians, we want to ensure people can seek redress against gross negligence, intentional misconduct and bad actors who fail to make an honest effort to follow COVID-19 guidance and laws,” Attorney General Doug Downey said in an Oct. 20 news release announcing the proposed law.

“We are also providing protection to the hard-working women and men who make essential contributions to our communities,” he added in the release, “from frontline health care workers to people coaching minor sports teams, to those keeping our supply chain moving, to people volunteering at the local food bank or those simply showing up for work each day despite the unprecedented challenges of COVID-19.”

Maguire, a partner with Toronto-based Tyr LLP, said the firm’s claim against Markham, Ont.-based Responsive Group Inc., including the Hawthorne Place, Anson Place and Eatonville facilities (operated under the firm’s Rykka Care Centres banner) already alleges that the conduct that occurred in the homes amounts to gross negligence. Hawthorne Place Care Centre in the Toronto suburb of North York is one of the facilities that Canadian Forces personnel were sent to. The proposed class action, which seeks $15 million in punitive damages, has yet to be certified.

The facilities in question “should be caught under the bill,” said Maguire, “but it does create a significantly higher burden of negligence for the plaintiff.”

“Class actions are really about access to justice for these families …” she added. “So making them jump through this additional hurdle, essentially proving that these homes were grossly negligent as opposed to simple negligence, seems like an additional indignity when they are left to pick up the pieces, left without their loved ones, left without being able to say goodbye to their loved ones, and in some cases for our clients not even being told by the homes that their loved ones had even contracted COVID-19, finding that out by the funeral director, for example.

“From our perspective,” she added, “the language of the bill broadly protects long-term care homes when they should have been better prepared. They should have had a better understanding of what to anticipate given the types of services that they provided.”

Birman, a partner with Toronto-based Thomson Rogers Lawyers, said the firm’s strategy was to focus on what he called “the most egregious homes” in proposed class actions against facilities such as Carlingview Manor in Ottawa and Altamont Care Community in Toronto.

“I think it adds less challenge for us,” he added. “There are some other class actions that have tried to target multiple companies or homes in the same piece of litigation. I think that becomes very challenging for them. Now they need to establish this high standard of gross negligence across multiple homes.”

Birman called the move by the Ford government “disappointing.”

“It raises the bar in my view without any justification,” he told The Lawyer’s Daily. “It extinguishes rights for a vulnerable group of people who have been tragically impacted by what’s happened in our nursing homes. And it does all this retroactively, which is very unusual.

“The minister is suggesting that some claims can continue, and I believe all of them will continue, but the bar has been raised, and it’s really an affront to access to justice and to our seniors, especially when the investigations into the whole situation are still ongoing and when the premier has promised accountability,” he added. “There’s nothing more antithetical to accountability than offering legal immunity to private companies and insurance companies.”

Lucy Jackson, an associate with Thomson Rogers working with Birman on the class actions, said the gross negligence exception is set out in s. 2(1)(a) and (b) of Bill 218, whereby persons are only protected from COVID-19 related claims if their acts or omissions do not constitute gross negligence and they made a good faith effort to act in accordance with public health guidance.

Otherwise, said Kalajdzic, s. 2 of Bill 218, subsections 4, 5 and 6, indicate that no legal proceeding directly or indirectly related to the COVID-19 pandemic may be brought or maintained against a person, and that proceedings commenced before the act comes into force are deemed to have been dismissed.

“The question is, where is the accountability?” she asked. “I mean, we can’t have it both ways. The government doesn’t want to exercise proper oversight of the industry. Recall that this is a government that favours deregulation. But they also don’t want to allow the private sector to exercise oversight by way of litigation. So who is going to ensure that, among other industries, long-term care facilities are properly run?

“This idea that you benefit from immunity so long as you exercise good faith,” she added, “whether or not your actions were reasonable, is just one bridge too far. I think that’s far too lax a standard.”

Kalajdzic said that at least 21 U.S. states have rules in place to protect nursing homes from lawsuits. British Columbia has done something similar by executive order, she noted, but it has a much clearer standard.

After the 9-11 terrorist attacks, she noted, the U.S. government immunized airlines from lawsuits, but it also compensated the victims.

“They took something away — they took away people’s right to sue — but they gave something back in exchange, and that’s what's missing here,” she said. “I don’t see what the general population of Ontario is getting in exchange for this immunity, this gift for the insurance industry and some businesses like certain private long-term care facilities and those facilities for which the government is responsible. So they’ve also immunized themselves against litigation.”

On Oct. 23, the Long-Term Care COVID-19 Commission established by the Ontario government delivered interim recommendations, noting that 75 per cent of all deaths during the first wave of the pandemic involved long-term care residents. The commission’s recommendations included increasing the number of personal support workers and overall full-time positions at long-term care facilities, providing residents with a minimum of four hours of care per day and allowing families and caregivers to have safe access to the residents.

The Ontario Health Coalition and the United Food & Commercial Workers union, which represents more than 5,000 workers in long-term care and retirement homes, urged the government to implement the interim recommendations immediately as the commission continues its work.

“There can be no excuse for further failure to implement these recommendations immediately,” Natalie Mehra, executive director of the coalition, said in a news release. “There must be accountability for the failure to have done so in the summer months when case levels had gone down and there was a lull in the pandemic. But what is most important to express today is that not one more day can be lost now. Mr. Ford, it is beyond time to act.”