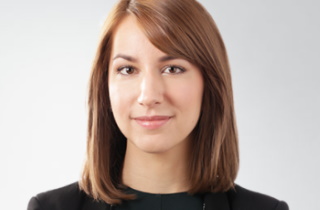 A Quebec man who was accused of tax evasion by provincial tax authorities won an important legal battle after the Court of Quebec applied the landmark Jordan ruling and ordered a stay of proceedings and charges.

The decision affirms that the principles set out by the Supreme Court of Canada in R. v. Jordan 2016 SCC 27 applies to white-collar crimes, clarifies the notion of “complexity of the case,” underlines that the prosecution must analyze the evidence and develop a “concrete management and trial plan” before laying charges and it may even prompt Revenu Québec to review its procedures, according to tax lawyers. The ruling also suggests that the COVID-19 pandemic is not in itself sufficient grounds to justify delay, without examining other factors.

“The prosecution is expected to come up with a concrete plan and the Court of Quebec does not fail to point out that a piecemeal and disorderly disclosure of evidence presupposes the absence of such a plan,” noted Jonathan Éthier, a Montreal tax lawyer with Spiegel Sohmer. “The decision will serve as a lesson in promoting clear and orderly disclosure at the outset of proceedings.”

The court’s insistence that the tax agency must come up with a prosecution plan may also help curb taxpayer’s perceptions that Revenu Québec at times appears to mount incomplete cases, and builds them after it has laid accusations, according to Caroline Desrosiers, a tax litigation lawyer and founder of CD Legal.

“It’s interesting to see that in spite of Jordan, some penal tax cases appear to be mounted along the way,” said Desrosiers, author of Le Litige fiscal au Québec et au Canada (Tax litigation in Quebec and Canada), which will be updated and be republished next year. “This method makes taxpayers who must defend themselves against the state, notably Revenu Québec who are perceived to have unlimited resources, lose confidence in the justice system.”

In May 2017, Revenu Québec served statements of offence against Yannick Morris for allegedly making false or misleading statements in his tax returns filed under section 1000 of the Taxation Act by claiming non-deductible amounts in respect of a tax shelter when computing his income. The tax authority also alleged that Morris attempted to evade compliance. It sought nearly $140,000 in fines.

The case had a rocky start. Between May 2017 and April 2018, Morris sent no fewer than nine requests for disclosure of evidence, including accessibility to electronic disclosure. In April 2018, Revenu Québec, which acted as the prosecutor in the case, declared that it had completed the disclosure of the evidence but did not respond to most of Morris’ requests. Morris then brought a motion for disclosure of evidence, which was granted by Court of Quebec Judge Jean Asselin in December 2019. Judge Asselin ordered the prosecution to produce proper electronic disclosure by the end of February 2020. In April 2020, however, Morris filed a motion for a stay of proceedings for unreasonable delay.

After deducting any delay attributable to the defence, Judge Asselin determined that the net delay was due to the prosecution and surpassed the 18-month ceiling for provincial court trials. The onus was on the prosecution therefore to rebut the presumption of reasonableness by showing that the circumstances were exceptional. Revenu Québec argued that the very nature of tax evasion charges demonstrated the particularly complex nature of the case as did the volume of evidence.

Judge Asselin rejected the tax agency’s position in Agence de revenu du Québec c. Morris 2020 QCCQ 4200, issued on Oct. 2. Judge Asselin said that “it goes without saying” that tax fraud cases are more complex than those involving a violation under the Highway Safety Code. But he pointed out that the ceilings set by Jordan “already accommodate” complex cases, “which offer a greater challenge than the case at bar.” Heeding guidance from R. c. Rice 2018 QCCA 198, Judge Asselin noted that the prosecution therefore had to establish that the case was not only “particularly complex,” but that it also justified exceeding the presumed ceiling.

“Just because it is a tax fraud case, it does not mean that it is a complex case that justifies exceeding the established ceilings, particularly without a concrete plan” noted Sarah Gorguos, who successfully argued the case.

“Before even laying charges, the judge pointed out that in a case it deems to be complex the prosecution must have a concrete plan precisely in order to reduce delays as much as possible. And if it does not have a concrete plan, it cannot then argue that delays were caused by the complexity of the case,” added Gorguos, a Montreal civil and commercial litigator with Davies Ward Phillips & Vineberg LLP.

Revenu Québec also argued that the delay should be deducted as an exceptional circumstance based on the complexity as demonstrated by the voluminous evidence. But Judge Asselin noted that “the determination of complexity in a matter requires a qualitative appreciation rather than a quantitative one.” Voluminous disclosure is but an element that the court must take into account before determining a matter is exceptionally complex, he added. In other words, it does not follow that because there is voluminous evidence that it necessarily implies that the evidence is necessarily complex, held Judge Asselin.

The pandemic is “certainly an eloquent example” of what constitutes an exceptional circumstance, added Judge Asselin. But it is not in se a “perfect justification” for any delay in the proper procedural path, noted Éthier. It would not be appropriate to deduct any period of time from the calculation if a particular case would not otherwise have progressed during that period, in spite of the pandemic, added Éthier.

“This was a case that the prosecution has unnecessarily complicated or continues unnecessarily to complicate” not in the least because it took Revenu Quebec more than 11 months to disclose evidence, something that Judge Asselin found to be “disquieting.”

“The Morris decision does not fail to make certain criticisms of Revenu Québec with respect to the manner in which the disclosure of evidence took place,” remarked Éthier. “It appears that Revenu Québec’s evidence was not easily accessible, easily searchable and inventoried for the defendant. The Court of Quebec pointed out that any delay caused by the late disclosure of certain elements of the evidence, due to the fault of Revenu Québec, cannot be subtracted from the calculation. The Morris decision will serve as a lesson in promoting clear and orderly disclosure of evidence at the outset of proceedings.”

The importance the ruling placed on the necessity for the prosecution to develop and implement a concrete management and trial plan before laying charges, one that includes dealing with voluminous disclosure, should be favourable to taxpayers accused of tax fraud charges and white-collar crimes as it will promote the disclosure of all evidence in a timely manner and ensure that trials are conducted within reasonable delays, said Desrosiers.

The case is in essence a “roadmap” for all parties, plainly laying out the responsibilities incumbent on all parties to reduce delays as much as possible, said Gorguos, who described it as a very balanced judgment. “Defence too must seize all occasions to advance the case and present motions as quickly as possible,” said Gorguos.