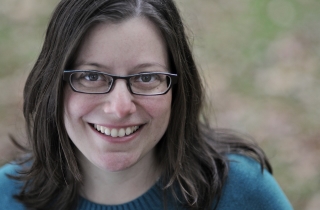 As Canada deals with a “second wave” of COVID-19 cases as winter approaches and flu season ramps up, provincial governments have been taking steps that they contend will reduce exposure to the virus as a means of ensuring our hospitals will not be overwhelmed, such as restricting the number of people one can have in their home. But observers are raising about the constitutionality of such steps, arguing the moves infringe constitutional protections on freedom of association and peaceful assembly.

Medical officers in Alberta and B.C. brought in gathering restrictions late last month as numbers surged in each province. A mandatory 15-person limit is being put on social gatherings like dinner parties, banquets and wedding and funeral receptions in Edmonton and Calgary, whereas a provincewide order in British Columbia limits gatherings in private homes to no more than a person’s immediate household, plus six others. Strict enforcement of both measures is being promised.

And such measures are not limited to the prairies or west coast. Ontario has also brought in restrictions on private gatherings, with stricter measures in areas which have faced a significant outbreak of cases.

But John Carpay, president of the Calgary-based Justice Centre for Constitutional Freedoms (JCCF), is warning the Alberta restrictions violates Charter protections on freedom of association and freedom of peaceful assembly.

“This order is based on cases of COVID-19 in Alberta, including thousands of cases among people who are not experiencing any symptoms or illness,” he said. “It is not properly grounded in relevant considerations such as deaths, hospitalizations and ICU capacity, and is therefore not a justifiable violation of fundamental Charter freedoms.”

Meghan McDermott, interim policy director and senior staff counsel with the British Columbia Civil Liberties Association (BCCLA), said B.C. has been congratulated by many for having a very “carrot versus stick” approach to dealing with COVID-19, in that both the government and provincial health officer Bonnie Henry have been embracing public education and outreach rather than snitch lines and police enforcement.

“But now we have this actually regulating what we can do in our homes, and that it is an obvious infringement,” she said. “The question is whether it is reasonable and justifiable using a s. 1 analysis.”

McDermott said there is a sense among some the government is focused on one particular region, the Fraser Valley in the southwestern part of the province.

“And that begs the question of why you are infringing all of our rights when you are really just upset about this one region,” she said. “But I don’t know what the evidence is before our medical health officers and whether or not the calls they are making are proportionate and minimally impairing our rights.”

Cara Zwibel, director of the fundamental freedoms program at the Canadian Civil Liberties Association (CCLA), said it is reasonable to expect governments to put forward the evidence that they are relying on for these types of restrictions in order to help people understand why such steps are being taken.

“I think these restrictions definitely do restrict freedom of association and freedom of assembly,” she said. “Some of the measures we have taken has been about the appearance of safety rather than actual safety. I think there is the idea that we want to make everybody feel comfortable that everyone is taking every precaution necessary, but the reality is not all of those precautions are necessary — or at least they don’t need to be piled on top of each other.”

For the most part, challenges to COVID-19 restrictions are still weaving their way through the justice system. But both Zwibel and McDermott said they are concerned courts will be too deferential to policymakers if and when such matters come before them.

“I think there is some pressure on courts to say we are not in a position to assess all of this, so we will defer to government on some of these controversial questions,” said Zwibel. “But I do think we really need our courts to be guardians of the Constitution here and recognize that restrictions on rights do in fact have to be justified, and there has to be something proactively put forward by government which is rational and based on good evidence.”

A government source told The Lawyer’s Daily that British Columbia is confident the order on gathering restrictions does not violate the Charter. Representatives from the Alberta government did not respond to a request for comment.