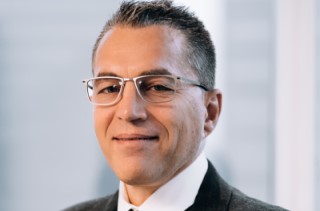 The COVID-19 pandemic forced many small businesses to shut their doors or significantly scale back their operations, which for most has meant a loss of income. But a fight is beginning to emerge over whether those businesses will be able to receive coverage under their insurance policies to cover the losses they have endured since March.

Commercial insurance policies are usually standard all-risk ones which offer coverage if a business suffers loss or damage due to something like a fire. But business interruption insurance add-ons can be purchased, which say if the business has been suspended due to that damage it is covered during the time it takes to restore the property to functional use. A second add-on, called civil authority coverage, covers the costs of business suspension when a civil authority says a person can’t use their property if there is physical loss or damage to a nearby property.

But many businesses who purchased business interruption insurance have found themselves being denied coverage, being told the pandemic doesn’t qualify as physical loss or damage to property. And this has led to what Tony Vecchio of Vancouver’s Slater Vecchio calls a serious access to justice issue.

Vecchio’s firm has launched a class action on business interruption insurance, and is pursuing several individual cases as well as offering a no-obligation review of insurance policies for businesses denied claims. He said the contracts which are being contested tend to fall within three sorts of classes: one which has a policy that specifically speaks to things like a pandemic, those which exclude pandemic coverage and those standard all-risk policies which are ambiguous and subject to interpretation.

“And when we talk about interpretation, it is the language which is imperative here — you have to look at the language in terms of what it means and how we interpret it,” he said, noting a recent Ontario Superior Court decision (MDS Inc. v. Factory Mutual Insurance Company 2020 ONSC 1924) interpreted physical damage as defined in a business interruption to include loss of use of a property. “So, what does business interruption mean? And when they are denying these claims what are they denying them on? Loss of use of your business can be, and has been, interpreted as a recoverable loss.”

“Specifically, these policies have a property damage requirement,” he said. “Some specialized wordings may provide insurance coverage for losses due to business interruptions that result from a pandemic. Of course, each insurer will make its decision independently based on the specific wordings of the policies it has underwritten.”

Erik Knutsen, a professor at Queen’s University faculty of law, said the response in Canada has largely been to deny business interruption coverage, but in “many respects that is not an abnormal thing.”

“Many insurers will deny for perfectly sound reasons, and that’s OK to do that as long as they have a fair and honest look at what the facts are and what the policy is — you can’t just have a knee-jerk reaction,” he said. “But the reaction in Canada has been insurers are going to fight this, and of course most of the stories have been about business owners, particularly restaurants, who say I paid for this for all these years and why isn’t it here to help me?”

But Knutsen said it is important to note that business interruption insurance is not “loss of profits” insurance, merely an add-on to standard commercial property contracts.

“The problem is when a layperson looks at these products and sees they have purchased business interruption insurance, I well understand it might sound to them like I bought lost profit insurance,” he said. “But that isn’t what it is, it is a tack on to a commercial property policy that requires your property to be damaged or lost before it kicks in.”

Knutsen said there have been several cases surrounding business interruption insurance and COVID-19 in the United States, but the results have been “all over the map.”

“What happened with the legal cases south of the border is basically this — if a policy holder is alleging that a virus was actually, physically on their premises such that they couldn’t use their property, the courts have said you can’t just knee-jerk deny coverage, you have to find out more facts,” he said. “But the courts have also said you have to allege some physical loss or damage that either your property or somebody else’s property that caused government to shut you down. So, I would suspect that is probably what is going to happen here.”

Vecchio is also recommending businesses ask a lawyer to review their policy and ensure all losses are documented.

Law firms Koskie Minsky and the Merchant Law Group have also launched a class action alleging that Canadian insurance companies have breached their contracts with business owners by refusing to pay for business interruptions caused by the pandemic.