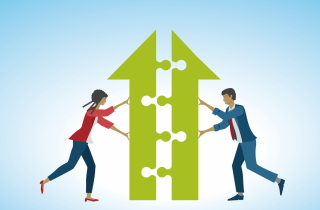 Parallel parenting has been recognized as a useful tool in high conflict cases. Decision making for the child(ren), often the core of the dispute, is parsed between parents. Educational decisions to one parent for example and medical decisions to the other. Religion and extracurricular may be split too. These arrangements can reduce parenting conflict and calm the seas of parental engagements. Courts have been increasing receptive to such accommodations.

Enter now the recent decision of Justice Susanne Boucher in the case of Thomson v. Mahler, Toronto Court File No FS-12-00017811-0001. Following a two-day motion hearing Justice Boucher released her ruling on the applicant mother’s motion related to schooling. In my view, the decision is well reasoned, thoughtful and spot on. The issue was in-person attendance at school for a 10-year-old, or online learning.

The facts were relatively simple. In their parallel parenting arrangement, father had decision making over educational matters while mother had decision making over health matters. Guess what? Father said the decision concerning school attendance was an educational matter, his purview, while mother claimed in this COVID-19 era, the decision related to the health of the child and therefore her decision to make. Recognizing the ever-increasing view that children should be heard, Justice Boucher ordered a Voice of the Child Report before deciding the matter.

Experienced counsel for each side produced excellent affidavit materials. The father favoured online learning for the child and his affidavit material explained the rationale for this. He also deposed to having a serious illness that made him highly at risk for harm if he contracted COVID. He further noted risk to those in his bubble. The mother’s material was critical of the father’s affidavit and argued that it confirmed her view that the decision was health related. She also pointed out the online learning had not been successful during phase one of the pandemic and she supported in-person attendance for the child at school.

Wisely, I believe, Justice Boucher decided that the decision on this issue, at this time, was of a hybrid nature engaging matters of both health and education. Thus, by default, it is one that required joint decision making by the parties. Given the absence of agreement and in the absence of a mechanism for resolving the dispute in the parenting order, it fell to the court to make the decision based upon best interests.

Justice Boucher then turned to the recent COVID decision of Justice Jasmine Akbarali in Zinati v. Spence 2020 ONSC 5231 and the non-exhaustive list of factors therein that a court should consider in making decisions of this nature. Included in this list is the child’s wishes, for which Justice Boucher relied upon the Voice of the Child Report. The child had expressed the view that she wished to attend school online during parenting time with each of the parties. The child was said to be almost 11 years old, bright and mature and her views were received by the court in that vein. Further the court’s review of the other relevant factors were supportive of the child’s wishes. Ultimately the court decided that the child’s best interests lay in online learning.

This is a lengthy and granular decision, the kind that litigants and the child deserve from our courts.