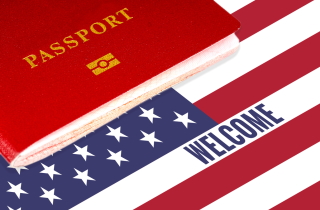 It may have taken half the week to get there, but the dust has settled and the U.S. has elected Joseph Biden to take Donald Trump’s place in January. Biden has his work cut out for him when it comes to immigration reform. Trump issued more than 400 executive actions on immigration over the course of four years in office. We saw nearly 400 miles of border wall constructed between the U.S. and Mexico, a travel freeze due to COVID-19, and a number of new visa restrictions aimed at Trump’s “Hire American” initiative to save U.S. jobs for unemployed Americans.

Specifically, Canadians saw the border between the U.S. and Canada closed due to rising COVID numbers, although essential trade and commerce have continued. But even before the pandemic, Canadians were affected by Trump’s immigration policies. Although the Canadian workforce is much smaller, Canada welcomes over double the skilled workers to its economy every year. As the number of available visas has shrunk over the past five years, Canada has reaped the benefits by attracting more talent.

Here’s how we can expect a Biden administration to change U.S. immigration policies:


During Trump’s time in the Oval Office, he launched a war on legal immigration, and his policies were almost the exact opposite of what we can expect from Biden who has said, “I believe in the United States of America, an America that is strengthened by its diversity, proud of our heritage as a nation of immigrants, and where families belong together. Those are the values that shape my immigration policy.”

A lot will change for the U.S., but not as much will change on the Canadian side of the border. As long as COVID-19 continues to ravage America, the borders will stay closed. And while Canada has enjoyed an advantage over the U.S. in attracting talent to its workforce, that is unlikely to change immediately as it will take some time for the American borders to reopen overall.