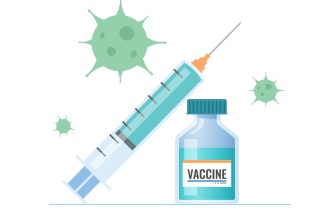 The global spread of COVID-19 has challenged scientists to accelerate research and development in the race to find a safe and effective vaccine against SARS-CoV-2. Among the frontrunners are the mRNA vaccines developed by Pfizer and its German partner BioNTech and by Moderna Therapeutics and the National Institutes of Health.

On Dec. 23, 2020, Health Canada authorized use of the Moderna vaccine for people who are 18 years of age or older under the Interim Order. Canada was the second country in the world to approve the Moderna vaccine, following only the United States’ approval on Dec. 18, 2020.

The Pfizer-BioNTech vaccine and the Moderna vaccine are the first-ever mRNA vaccines to receive regulatory approval for human use. However, the development of mRNA vaccines that culminated in their success began decades ago. For example, as early as 1990, intramuscular injection of RNA expression vectors was shown to induce production of targeted proteins in muscle cells. In 1993, a liposome-entrapped mRNA vaccine in mice was shown to induce a virus-specific CTL (immune) response. After years of advanced research, various mRNA vaccine platforms have been developed to render a synthetic RNA construct more translatable, stable and non-toxic. Also, previous studies of SARS-CoV and MERS-CoV, which belong to the same cluster of betacoronoviruses as SARS-CoV-2, have paved the way for COVID-19 mRNA vaccine technology.

The full genome sequence of SARS-CoV-2 is understood to encode four major structural proteins: spike, membrane, nucleocapsid and envelope. The spike protein functions to allow the virus to dock to the host cell and fuse membranes. The spike protein has been an important target for antibody neutralization and vaccine development. Both the Pfizer and Moderna vaccine contain synthetic RNA programmed to encode specific antigens that mimic certain epitopes (antibody binding sites) of the spike protein to trigger an immune response.

mRNA vaccines will likely change the future of vaccine science. For one thing, the mRNA vaccine manufacturing process is essentially chemistry-based. Once the full genomic sequence of a virus is available, candidate mRNA vaccines can be designed and synthesized in a few days, rather than months (as it is in the case of a conventional vaccine containing viral proteins or disabled forms of the virus). For context, Moderna finalized the sequence for its mRNA-1273 vaccine within mere days of Chinese scientists having published the genomic sequence of SARS-CoV-2. Two months later, Moderna started a safety phase I clinical trial to test its mRNA vaccine.

Additionally, mRNA vaccines are modular in nature and sequence-based. Theoretically, mRNA vaccines can be designed to encode any protein(s) to thereby quickly respond to a plethora of medical conditions and future pandemics. The flexibility to encode any protein(s) is potentially important to deal with new variants; e.g. mutated variants now coming out of the United Kingdom and South Africa or which may arise in future. Once the genomic sequence of a variant is known, candidate mRNA can be readily modified, although safety and efficacy testing likely remains necessary.

Pfizer-BioNTech and Moderna are probably on track to obtain broad IP protection for their specific synthetic mRNA constructs and use of their vaccines. However, the mRNA vaccine patent landscape is likely to involve multiple layers and multiple players, as development of the foundational enabling technology began years ago.

Another company that holds rights that are potentially relevant to the mRNA vaccine arena is Arbutus Biopharma Corp., a Canadian biopharmaceutical company with expertise in liposomal drug delivery and RNA interference. Moderna previously licensed lipid nanoparticle technology held by Arbutus through Acuitas, and more recently, Moderna has been tied up in some administrative proceedings in the U.S. in which it has challenged Arbutus’ patents. While there is no litigation between the two and no allegation that Moderna’s COVID-19 vaccine infringes Arbutus’ patent rights, at the very least in the early days of its development, Moderna also looked to Canadian technology to enable the delivery of mRNA vaccines.

In a further Canadian connection, CanSino Biologics Inc., a Chinese vaccine company, earlier this year partnered with Vancouver-based Precision Nanosystems to purportedly develop another mRNA vaccine. CanSino owns Chinese Patent No. CN 111218459 relating to Ad5-nCo, a COVID-19 vaccine that is based on human type 5 replication defective adenovirus. The fact that it has partnered with another company to also potentially develop an mRNA-based vaccine suggests it sees the value of this new technology.

The COVID-19 experience shows the potential for collaboration among governments and private companies that aim to develop vaccines at lightning-fast speed. IP protection, including patent rights, would be a helpful tool to facilitate such collaboration to tackle other diseases and encourage innovation and investment in this area. It is also important to consider the intersection between public health and patent protection to ensure that IP rights do not become a barrier to innovation and access to affordable medical products.

Jayde Wood is an associate at Oyen Wiggs Green & Mutala LLP and her practice focuses on the strategic creation and development of IP assets. She is pursuing an LLM degree in law and technology from UC Berkeley. Reach her at jwood@patentable.com. Jennifer Marles is a partner with Oyen Wiggs where she helps her clients build the value of their companies by securing patent protection for inventions in the biotechnology, chemical and medical device fields. Reach her at jmarles@patentable.com.