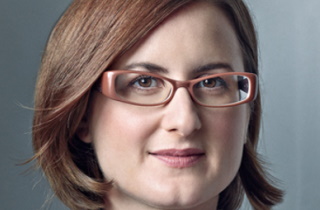 In its first full-panel ruling regarding the impact of COVID-19 on the bail analysis, the Ontario Court of Appeal has found in a split decision that the pandemic does not in every case constitute a material change in circumstances automatically warranting a new bail hearing.

The Oct. 21 decision in R. v. J.A. 2020 ONCA 660 involved a healthy, 28-year-old man, J.A., who is charged with two counts of first-degree murder, one count of attempted murder and one count of conspiracy to commit murder in connection with two 2017 killings believed by police to be connected with organized crime.

Publication of the decision was delayed until Nov. 3 due to concerns that information about the case could taint the upcoming trial. The Court of Appeal decided in favour of publication in a Nov. 3 decision, R. v. J.A. 2020 ONCA 695.

Charged with s. 469 Criminal Code offences, J.A. was automatically detained under s. 515(11), with the onus on him under s. 522(2) to prove why he should be released on bail pending trial. 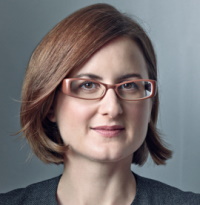 The first bail judge determined that J.A.’s continued detention was necessary because of the seriousness of his charges, his connection to drug trafficking, his history of lying to his surety in a previous matter, his limited ties to the community and the judge’s finding that J.A. was a flight risk because two co-accused had fled to Mexico and the proposed bail plan would not mitigate that risk. The judge also found that all four factors under the tertiary ground of public confidence in the administration of justice were triggered, but indicated in his decision that he would not have detained J.A. only on those grounds.

J.A. sought a review of the first bail judge’s decision under s. 680 of the Code, and, in short reasons for decision, the Court of Appeal upheld his continued detention. J.A. then sought a review under s. 522 from a second bail judge, who granted bail on his finding that the Crown’s case had materially weakened and that COVID-19 represented a material change in circumstances.

On appeal, the Crown conceded that COVID-19 can constitute a relevant material change, but argued it did not in this case because J.A. was detained on the primary and secondary grounds, not the tertiary ground. In addition, the appellant argued, J.A.’s youth, health and the relatively safe conditions of the Stratford, Ont., jail, where he would be housed made the pandemic not “relevantly material.”

The respondent argued that, for all bail decisions made before COVID-19 hit Ontario in March 2020, the pandemic represents a material change in circumstances for all grounds of detention, so reviewing judges are permitted to conduct de novo bail hearings. Counsel for J.A. also maintained that bail applicants should not be expected to prove that their medical history would make them more susceptible to COVID-19 because many of them are marginalized individuals with little or no access to medical records.

While accepting that COVID-19 is a serious risk to health, the majority for the Court of Appeal found that the “absence of particular risk is relevant in assessing whether the evidence relating to the pandemic is ‘relevantly material’ in this case,” Justice Julie Thorburn wrote for the majority, which included Justice Bradley Miller. However, the risk at the Stratford institution is low, she noted, and J.A. is a young, healthy individual with no underlying conditions.

The second bail judge accepted that the COVID-19 pandemic alone is a material change justifying a new bail hearing, stated the majority. “As a result,” wrote Justice Thorburn, “he failed to consider how COVID-19 was ‘relevantly material’ before deciding to hear the bail application afresh. In so doing he made an error of law.

“I do not agree,” the majority concluded, “that the existence of the COVID-19 pandemic necessarily constitutes a material change in circumstance for every bail decision rendered before the pandemic struck Ontario.”

In his dissenting opinion, however, Justice Ian Nordheimer contended that COVID-19 does constitute a material change in circumstances for every detention order made prior to the pandemic.

Christine Mainville, a partner with Toronto-based Henein Hutchison LLP who served as co-counsel with lawyer Eric Neubauer for the sole intervener in the appeal, the Criminal Lawyers’ Association, said the authoritative decision on the impact of COVID-19 on bail is an important one for CLA members and all criminal defence lawyers. The result could influence how judges factor in not only the pandemic, she told The Lawyer’s Daily, but similar circumstances that could affect the three grounds for detention, like a labour disruption at a jail.

The CLA argued that COVID-19 is relevant to all three grounds for detention and should be seen as a material change of circumstance in all cases.

“I think what both the majority and dissent agreed on is that COVID-19 necessarily informs the tertiary ground analysis,” said Mainville, “but also has the potential to go to any of the grounds for detention. So that was a win for us.”

Even though the majority opened the door to COVID-19 potentially going to all grounds for detention and allowing for a final balancing and proportionality analysis, she added, “despite that, they certainly do seem to give much more weight to the accused, for instance, showing that they have particular health concerns or that they’re at a heightened risk” for the illness.

Mainville said the majority and dissenting judges’ support for a final balancing and proportionality analysis in any bail case was very significant to the CLA because it’s a stance that the Supreme Court has stated, but mostly in relation to whether the amount of time that a person is spending in pretrial custody is proportionate to the ultimate sentence they may receive.

“Now I think in J.A., including in the majority’s decision, there is an indication that indeed the balancing analysis and the proportionality analysis is not limited to the tertiary ground,” she said. “It can impact any bail case. That’s very significant from my perspective.” 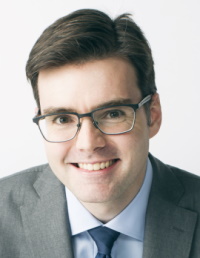 William Thompson, a partner at Toronto-based Addario Law Group LLP and chair of the Ontario Bar Association’s Criminal Justice Section, said the discrepancy between the majority and Justice Nordheimer over the importance of the impact of COVID-19 on the quality of incarceration was “concerning.”

“The majority focuses pretty specifically on the risk of infection being the significance of COVID and the material change,” Thompson told The Lawyer’s Daily. “That’s certainly true but that’s only one piece of it.

“I think that that is really significant because of the reality of how life in detention is during a pandemic,” he added. “It’s much more difficult both psychologically on the people who are detained, and also in terms of trial fairness considerations around how they are able to prepare a defence and how they’re able to bring the matter to trial.”

Thompson said just about everything in the criminal justice system has been changed to respond to the challenge of the pandemic. “It’s hard to imagine how that couldn’t be considered a material change of circumstance that would warrant revisiting decisions about whether detention is necessary.”

Toronto criminal defence lawyers Leora Shemesh and Gary Grill, who served as counsel for J.A., declined to comment on the decision because they are seeking leave to appeal it to the Supreme Court of Canada. Crown counsel David Friesen did not respond to a request for comment.

Thompson said he would like to see the Supreme Court address the decision to provide guidance on how to incorporate the existing case law and deal with related issues in the context of the pandemic.

“I think that most courts are doing a pretty good job of incorporating considerations about the pandemic,” he added, “and, actually, not even just the courts, but it’s also impacting on decision making by police around how they release people that they’ve arrested.”