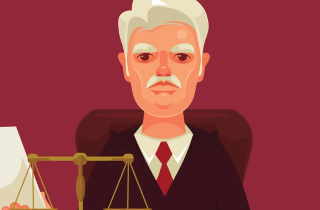 Law applies to everyone, even self-represented litigants

Joanna Blomer suffered a work-related injury in 2009 and later a reoccurrence of that injury. The Alberta Workers’ Compensation Board found Blomer fit to return to work as of Jan. 6, 2011, and she was therefore no longer entitled to temporary disability benefits. Blomer was unhappy with this decision and disputed it up to the Appeals Commission. This case centres around two Appeals Commissions decisions (Blomer v. Workers Compensation Board [2020] A.J. No. 977):

Blomer did not file a judicial review for either of these decisions, but rather, she filed a statement of claim for the May 2014 decision against the Workers’ Compensation Board and the Appeals Commission (paras. 4-5). She filed the May 2014 statement of claim on time, but served the application on the parties more than four months out of time (paras. 5, 47).

Although Blomer was a self-represented litigant, the law still applied to her in the same way it does to a represented litigant. Blomer made some significant procedural errors and rule 1.5 does not give the court the power to override the time limits set out in s. 13.4 of the Workers’ Compensation Act which holds that an applicant must seek judicial review within six months of the decision date.

Under the Rules, the court may not call upon rule 1.5(1) if it “would have the effect of extending a time period that the court is prohibited from extending” (para. 54). Therefore, because s. 13.4(5) of the Act expressly states that “[t]he Court may not enlarge the [six month] time period … [for filing and serving an originating application for judicial review]” rule 1.5(1) could not be invoked (para. 53).

Further, the Court of Appeal noted that even if s. 13.4(5) of the Act did not exist, rule 1.5(1) would not apply to this case because “[a]n application under this rule must be filed within a reasonable time after the applicant becomes aware of the contravention, non-compliance or irregularity” (para. 57). In this case, Blomer waited over two years “to announce her intention to appeal the Appeals Commission’s March 9, 2015 decision” and then she waited more than a year to file an application to convert her amended amended statement of claim into an originating application (paras. 60-61). The Court of Appeal did not view this as reasonable under rule 1.5(1).

“To permit an appeal of an Appeals Commission decision to be brought outside of the legislated deadlines would be contrary not only to the express limitations of the Act and the Rules, but contrary to the policy considerations that underlie those provisions. This Court cannot amend the time limit in the Act by shortening or extending it where the statute has not given it the authority to do so ... .

“Deadlines for appeal allow persons affected by the decision on both sides to know when the outcome is final. ... Not only must the party move to set aside the decision, it must serve affected parties with the action that’s been commenced.

“Nor is it in the interests of justice to cure deficiencies in Ms. Blomer's Statement of Claim when to do so would defeat the limitation period and would be contrary to the decision of the Legislature and to public policy considerations that underlie that decision.”

The Court of Appeal acknowledged that the time requirements may demand a person to “file both a reconsideration application with the Appeals Commission and an originating application for judicial review in the Court of Queen’s Bench” concurrently (para. 44). However, this “does not create practical problems” (para. 44).

In the end, if the amended amended statement of claim had been converted to a judicial review, the employer would have become a respondent. This case gives employers some surety that the court will respect the six-month time bar, even when the plaintiff is a self-represented litigant.

Animo revocandi and the presumption of revocation