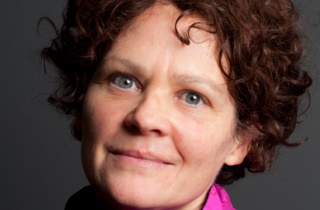 Legal aid lawyers from across Ontario claim that the provincial government’s mismanagement of the Landlord and Tenant Board could cause a COVID-19 housing crisis, as the board rushes to clear a huge backlog of cases using remote technology that many low-income tenants cannot access.

For some, the end result is eviction and homelessness amid a pandemic, Tracy Heffernan, director of the provincial tenant duty counsel program at the Toronto-based Advocacy Centre for Tenants Ontario (ACTO) said in a Nov. 18 news conference. The event brought together tenant duty counsel from community legal clinics across the province, including Ottawa, Hamilton, Mississauga, Stratford, Peterborough, Sudbury and Thunder Bay. ACTO is a specialty legal clinic funded by Legal Aid Ontario. 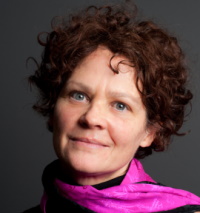 “Since the lifting of the moratorium on evictions in Ontario at the beginning of August, the board has focused on scheduling as many hearings as possible, to the exclusion of all other considerations,” said Heffernan.

“Despite being advised of these very serious accesses to justice issues,” she added, “the Landlord and Tenant Board has failed, apart from a few administrative details, to address any of these issues. If anything, the board has indicated their complete and utter lack of concern.”

“They’ve put resources into the process, as opposed to what the Landlord and Tenant Board has done, which feels really like a slap-dash solution,” she said. “I think really the Landlord and Tenant Board would have to rethink how they are operating these hearings, how they are scheduling them, how they can ensure that low-income tenants have access to justice and to legal advice, because without those what we are going to see are mass evictions across Ontario where people have really had no access to any kind of legal process.”

Jamie Hildebrand, executive director and staff lawyer with Huron Perth Community Legal Clinic in Stratford, told the story of a local man with a history of homelessness and mental health issues who was facing eviction. Without a landline or a cell phone, he was forced to call into the hearing from an outdoor payphone, he recalled. Expecting to be evicted, he refused the tenant duty counsel’s help and asked if he could just go to jail.

“As the landlord testified, the tenant spoke up to comment,” recounted Hildebrand. “He was told to be quiet, his turn would be coming. This happened a number of times. He was getting more and more agitated. He didn’t seem to understand the process. He was very nervous.

“He said it was raining, it was starting to rain hard,” he added. “He was cold. And I realized the odd noise I could hear during the hearing was him shivering through most of this process. After 15 or 20 minutes, the tenant cried out, ‘I’m freezing, it’s raining, I can’t do this,’ and he hung up.”

At the very least, said Hildebrand, tenants need access to technology and accommodations for any physical, mental health or language challenges. “Without that, our system is failing,” he told the news conference. “It’s evicting low-income tenants into homelessness in the middle of a pandemic crisis.”

Tenant duty counsel at the news conference said that at least one LTB adjudicator admitted during a hearing that “we’re doing a blitz,” and said they believe that the board is under pressure to clear cases, in part, because of an impending report by Ontario Ombudsman Paul Dubé into serious delays with the Landlord and Tenant Board. 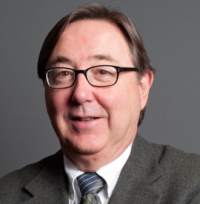 Kenneth Hale, director of advocacy and legal services with ACTO, said the backlog was made worse because the government of Premier Doug Ford took too long to fill numerous adjudicator vacancies at the LTB after it was elected in 2018. It has rushed in recent months to fill the vacancies, but most are for only one year, instead of the two-year, three-year and five-year appointment and reappointment process set out in the Adjudicative Tribunals Accountability, Governance and Appointments Act, 2009.

“Now they’ve changed the rules to say up to two years and they’re appointing these people for one year or less, which we believe has a real potential to compromise their independence,” said Hale. “Because if the goal isn’t just to do a good job and write good decisions, but the goal is how many can you process in a day … it really raises a concern about the quality of justice.”

To make matters worse, he said, the Ford government disbanded the Landlord and Tenant Board’s stakeholder advisory committee, which provided a forum to address issues. In addition, in July it passed the Protecting Tenants and Strengthening Community Housing Act, which many tenants’ advocates say actually weakens tenants’ rights. Among other things, it eliminated the LTB’s mediation process for rental arrears in favour of direct payment agreements negotiated between tenants and landlords. Tenants who don’t fulfil the agreements are subject to ex-parte evictions.

“The issue there,” Hale told The Lawyer’s Daily, “continues to be the imbalance of power between the landlord and the tenant, and having a mediator, having duty counsel available somewhat offset that in the past. But that’s gone now, and they’re making it really hard for us to provide duty counsel service and they’ve eliminated the mediators at the rent arrears hearings.”

In an e-mailed statement, spokesperson Janet Deline said Tribunals Ontario is committed to ensuring that the Landlord and Tenant Board’s dispute resolution services are accessible and meet the standards of procedural fairness.

Amid the pandemic, she added, “our intent is to pursue a digital-first strategy to meet the diverse needs of Ontarians and enhance the quality of our dispute resolution services. Hearings are being scheduled to be digital by default; requests for in-person hearings will be considered on a case by case basis to ensure access to justice for those who require accommodation under the Human Rights Code or to ensure procedural fairness.”

Deline said that adjustments may be required as the Landlord and Tenant Board refines its processes and finalizes the transition to its digital-first approach.

She noted that recent service improvements include implementing a process to allow parties to file large submissions electronically, including last-minute evidence at a hearing with an adjudicator’s approval, and enabling electronic communication with Ministry of the Attorney General enforcement to ensure the local sheriff’s offices are promptly informed when an eviction order is stayed close to a scheduled enforcement date.