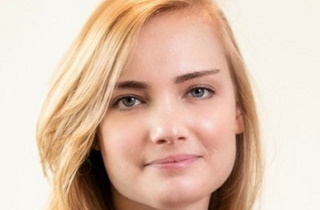 A proposed Ontario law that would place a 15-per-cent cap on food delivery fees charged to restaurants in areas where indoor dining is prohibited due to the pandemic could potentially backfire if customers end up paying more, says a business lawyer.

If the commission is capped too low, cautioned Jade Renaud, a corporate and commercial lawyer with Ottawa-based Mann Lawyers, delivery companies like Uber Eats and Door Dash could conceivably increase the delivery and service fees charged to customers, which could discourage some from ordering food, further contributing to a loss of revenue for both local restaurants and delivery services. Typically, delivery fees charged to restaurants can run as high as 30 per cent.

At the same time, added Renaud, the Ontario fee cap could spell the difference between life and death for some small restaurants struggling to survive during the pandemic — whereas delivery businesses have largely been thriving, especially those that have not voluntarily reduced their commission rates.

The fee cap detailed in the government’s proposed Supporting Local Restaurants Act, 2020, is modelled after a 20-per-cent cap instituted by municipal councillors in New York City last May, who voted in late August to extend it. Similar initiatives have been undertaken in cities such as Seattle, Portland and San Francisco. Chicago councillors voted Nov. 23 to impose a 10-per-cent cap on the delivery commission charged to restaurants.

According to news reports, a handful of New York City restaurants have filed complaints with the city over unlawful charges during the pandemic. And at least one delivery service, Grubhub, launched a public campaign against the cap, claiming customers would have to pay more. The company said in a May news release that fee caps “will not withstand a legal challenge.”

But Christopher Neufeld, a Calgary-based lawyer who has worked extensively with restaurants in Ontario and Alberta, said that none of the food delivery caps introduced in U.S. cities has faced a legal challenge and that prospect is unlikely in Ontario.

“As a nascent business (food delivery) that is predominantly driven by U.S. corporate players, any adversarial legal response would invariably be viewed as entirely self-serving and demonstrate a singular financial motivation to undercut struggling local restaurants and consumers in the midst of the pandemic,” he told The Lawyer’s Daily in an e-mail.

“These tech companies that drive these delivery services would be emasculated if they sought to legally challenge this reasonable cap structure in any jurisdiction, while always having the option of discontinuing operations in a given jurisdiction should they feel it is not sufficiently profitable.”

Bill 236 was introduced in the Ontario legislature Nov. 26 by Prabmeet Sarkaria, the associate minister of small business and red tape reduction. If passed, according to a Nov. 26 government news release, it will permit fines of up to $10 million for food delivery companies that do not comply with the law and protections to prevent the wages paid to delivery workers from being reduced because of the legislated fee cap.

“Ontario’s small and independent restaurants have shouldered an outsized share of COVID-19’s economic burdens,” Sarkaria said in the news release. “With this legislation, our government is helping local businesses stay in business and providing a solution that will help our local restaurants when every little bit helps.”

“Throughout the pandemic, we have been urging food delivery companies to substantially help their restaurant customers so they can stay in business,” he said. “While some companies have offered some help, we have heard loud and clear from restaurants that more needs to be done right now. That’s why I have been advocating for a cap on delivery fees and why city council unanimously asked the province to take action.”

In another bid to help small businesses, the Ontario government recently announced that it is increasing a special fund to $600 million to help businesses in lockdown zones cover fixed costs, including property taxes, hydro and natural gas bills.

As part of its Main Street Recovery Plan, the government is also allowing licensed restaurants and bars to include alcohol with food as part of a takeout or delivery order and grants of up to $1,000 per eligible business to help with the cost of personal protective equipment. The initiative also includes $2,500 grants to help businesses grow online and allows delivery companies to provide deliveries around the clock.