An Ontario Superior Court judge has ruled that a not criminally responsible (NCR) accused woman cannot be forced to attend her annual Ontario Review Board (ORB) hearing by videoconference, but it remains unclear what impact the ruling may have on other remote judicial or adjudicative proceedings during the COVID-19 pandemic, say lawyers.

In a Nov. 23 ruling on a certiorari application, Woods v. Ontario 2020 ONSC 6899, Superior Court Justice Patrick J. Monahan found that the Criminal Code only permits the ORB to hold a disposition review hearing by videoconference with the consent of the NCR accused. Certiorari is an aspect of the Superior Court’s supervisory jurisdiction over a tribunal of limited jurisdiction.

“The ORB exceeded its jurisdiction in deciding to proceed with a videoconference hearing without the accused’s consent and over her objections,” he wrote. “Accordingly, Ms. Woods’ application is granted and the July 31, 2020, ruling is hereby quashed.”

Joanne Woods was found not criminally responsible in May 2012 of uttering a threat to cause death or bodily harm and for possession of a weapon for a dangerous purpose. At her 2020 hearing in May, she indicated at the outset through her counsel that she was not comfortable proceeding by videoconference. The ORB decided in March 2020 to conduct all its hearings via Zoom videoconferencing in response to the pandemic. But Woods requested an adjournment of her hearing until it could be held in person, relying on s. 672.5 (13) of the Criminal Code, which stipulates that the board may proceed by videoconference only “if the accused so agrees.”

In response to Woods’ objection, the ORB adjourned her hearing until July 31, 2020, in order to give the parties time to prepare written and oral submissions on the board’s jurisdiction to hold hearings by videoconference without the consent of the accused.

Counsel for the Attorney General and the Centre for Addiction and Mental Health (CAMH) argued it was not possible to hold in-person hearings because of the board chair’s decision in March to hold all review hearings via Zoom. The only way to resolve the situation, it stated, was to declare s. 672.5 (13) “inoperative” and of no force and effect in Woods’ case and proceed with a video hearing without her consent.

In an Aug. 25, 2020, decision, the ORB ruled that Woods had not provided evidence to justify her resistance to a video hearing and that, in effect, she was attempting to postpone it indefinitely and was preventing the board from fulfilling its statutory mandate for annual reviews.

At a separate September video hearing, a different panel of the board reviewed Woods’ disposition without her participation or representation by counsel. On Oct. 8, 2020, it issued a disposition detaining Woods at CAMH with privileges up to and including living in the community and supervised accommodation approved by the hospital. The Oct. 8 disposition is the subject of a separate appeal to the Ontario Court of Appeal.

In the Superior Court hearing, Woods, as applicant, argued that the ORB contravened the Criminal Code and exceeded its authority by dispensing with her consent, and that there was no legal or public health rule preventing it from holding an in-person hearing in July. As respondents, three Crown counsel representing the government, CAMH and the ORB argued that s. 672.5 (13) of the Code only applies in circumstances where in-person hearings are possible, and that Woods’ certiorari application was moot because it applied to the ORB’s July video hearing and could not be applied to the September hearing, which was conducted by a different panel.

“I have no doubt that the review panel of the board acted in good faith … . Nevertheless, in essence the Board rewrote s. 672.5 (13) to grant itself the power to override the objections of an accused to a videoconference hearing when it believes it appropriate to do so.

“The Board has no authority to amend or ignore the mandatory requirements of the Criminal Code,” he added, “and the decision to dispense with the consent of Ms. Woods before holding a videoconference hearing was without legal authority.” 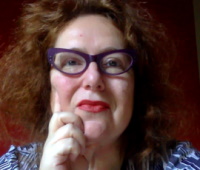 Anita Szigeti, the founding partner of Toronto-based Anita Szigeti Advocates who served as co-counsel to Woods with associate Maya Kotob, said the Superior Court decision sets a precedent and could have broader application, even though it hinges on a specific provision within the Criminal Code.

“I would say this is a judgment that everybody who appears before any kind of tribunal should consider, and consider in the context of what kinds of liberty rights, what kind of Charter-protected rights are engaged in the adjudication of certain tribunals,” she told The Lawyer’s Daily. “So I think there are some broader applications that are at least potentially possible and should be explored here.”

Szigeti, the co-author of an upcoming article in the Windsor Yearbook of Access to Justice titled “Litigating in the Time of Coronavirus: Mental Health Tribunals’ Response to COVID-19,”said the decision is particularly important with respect to the ORB because it has been so rigid in its refusal to hold in-person hearings, even as the Ontario Court of Justice, the Superior Court and the Ontario Court of Appeal have attempted to balance public health concerns with access to justice and the right of an accused to appear in person.

“This tribunal has not been receptive to arguments that inside the hospital, where NCR accused persons are detained, COVID-19 poses a serious health risk,” she said. “But, at the same time, the tribunal refuses to convene its hearings in the same hospitals out of a concern for the public health implications. We need to at least investigate the possibility of holding in-person hearings for these vulnerable people.”

Criminal defence attorney Cassandra DeMelo, the founding lawyer with London, Ont.-based DeMelo Law, called the decision “a great achievement” for the rights of NCR accused persons. If that person’s request for an in-person review hearing cannot be accommodated, then the ORB can hold it up to 24 months later, she explained.

“What the court made clear, though, is that the board does not get to ignore the Criminal Code and hold virtual hearings over the objections of NCR accused people,” she added. “We need to remember that these are vulnerable persons who may already suffer from misgivings or a distrust for the system. Forcing them to go online for their hearings, where they may feel disconnected or unable to associate with what’s going on in the same way as others, can be extremely isolating and confusing.”

DeMelo said the decision will have a limited impact on the criminal courts because s. 715.23(1) of the Criminal Code allows the court to order an accused person to attend by video or audio conference. Even so, the Ontario courts during the pandemic have been trying to accommodate accused persons wherever they can, she added, and the ongoing assumption has been that trials and preliminary hearings will be held in person, unless everyone agrees to another method.

“In fact, what we have been seeing on the ground is that there’s been more concern about being forced to go in person when the accused or lawyer would rather appear virtually and avoid the risk,” DeMelo told The Lawyer’s Daily in an e-mail. “The issues continue to sort themselves out, though, with a noteworthy amount of co-operation amongst the parties either in court or behind the scenes to try and find solutions to any concerns that arise.”

Kenneth Hale, the director of advocacy and legal services for the Toronto-based Advocacy Centre for Tenants Ontario said the decision warrants a closer look for its potential influence on tribunals such as the Landlord and Tenant Board. That tribunal has also adopted a virtual-only approach during the pandemic, causing difficulties for tenants who cannot access the appropriate technology.

But Hale said the decision’s reliance on the Criminal Code could make it difficult to extend its application to other tribunals.

“Having that wording in the Code itself creates a strong basis for overriding the government’s convenience arguments, which is not something we have with the Residential Tenancies Act,” he wrote in an e-mail. “There is also the court’s tendency to treat ‘liberty’ as a higher right than the security of the person that we see as including a right to housing.”

The applicant’s arguments around natural justice and fairness were not addressed by Justice Monahan, said Hale. But the ORB’s behaviour detailed in the decision “does say something about the thought processes of tribunal chairs who presume to rewrite statutes in the name of protecting the public from COVID-19,” he added. “It also says something about their influence on tribunal members who are prepared to ignore clear statutory provisions in deference to directives from their chairs.”