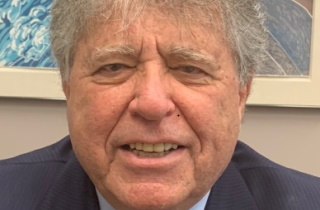 Reopening of Ontario appeal clarifies when a decision is functus officio, lawyer says

Plain luck played a role in a recent Ontario Court of Appeal decision to reopen an appeal it dismissed a year ago in a fatal 2012 home invasion case, says the lawyer for the appellant.

“The main takeaway is that, if you believe in karma, this client must be innocent because he had an amazing stroke of good fortune,” criminal defence lawyer Alan D. Gold, founder of Toronto-based Alan D. Gold Professional Corp., said in reference to a Dec. 1 decision in R. v. Smithen-Davis 2020 ONCA 759.

“I know the law that what matters about reopening the appeal is whether the order has been entered or not,” he told The Lawyer’s Daily. “So I phone up and find out to my astonishment that the co-appellant’s order was entered, but his (Smithen-Davis’) order wasn’t.”

Crown attorneys Susan Reid and Megan Petrie argued that the Court of Appeal had no jurisdiction to reopen an appeal that was decided on the merits — or, if it did have jurisdiction, that reopening it would not be in the interests of justice.

“The application for a re-opening of the appeal is not barred by the doctrine of functus officio,” Court of Appeal Justice David Watt wrote for the three-judge panel, which also included Justices Bradley Miller and Janet M. Simmons. “Nor is quashing it in the interests of justice on the ground that it lacks any reasonable prospect of success.”

According to facts detailed in the decision and news reports, three men broke into a Mississauga, Ont., home shortly after midnight one evening in December 2012 armed with at least one gun. The male homeowner fought back and, during a struggle, shot one of the intruders with his own weapon. The 22-year-old man later died of his wounds. No charges were laid against the homeowner.

In the melee, the two other men fled, leaving behind a pair of gloves and a pair of white shoes. Shortly after the offence, Smithen-Davis left Canada on a flight to the U.K. The Crown’s case at trial was based on “several strands of circumstantial evidence,” the Appeal Court decision notes, including text messages that the Crown argued showed evidence that Smithen-Davis was involved in planning the crime and gloves found outside the residence that contained his DNA. Both Hamilton and Smithen-Davis, who did not testify at trial, were each convicted of one count of break and enter with intent and were sentenced to nine years in prison. Their appeals were heard in October 2019 and dismissed in reasons released in November 2019.

In the Appeal Court hearing for the Crown’s application to quash, Gold argued that entry of the court’s formal order provides a “bright line point of demarcation” for the principle of functus officio, a branch of the doctrine of res judicata preventing the reopening of a matter before the same court that rendered the final decision.

The Crown contended that functus officio becomes engaged once the Court of Appeal provides reasons for its decision, and that no Ontario authority requires the issuance of a formal order as a condition for functus officio. Authorities that permit reopening prior to a formal order, the Crown claimed, only do so if the decision was based on a misapprehension of the trial record or where reopening is necessary to prevent a miscarriage of justice. And that did not apply, they argued, in the Smithen-Davis case.

But “in courts that have considered the issue,” the Court of Appeal concluded, “the prevailing view is that the defining event for the purposes of the application of the doctrine of functus officio is the entry of the order disposing of the appeal, not the giving or release of reasons for the decision.” It pointed to a case such as R. v. Hamilton; R. v. Rhingo [1997] O.J. No. 1110.

The Appeal Court also rejected the Crown’s contention that reopening the appeal would not be in the interests of justice.

“The reopening application is inextricably bound up with the tender of new evidence for reception on the rehearing,” wrote Justice Watt in paragraph 65.

While conceding in paragraph 66 that the new evidence might be controversial, he added that “in this case, there is no doubt that the new evidence is admissible under the governing rules of evidence. If believed, it tends to show that the respondent was not present and did not participate in the home invasion charged in the indictment.”

By convincing the Court of Appeal to reopen the appeal, Gold said his client has simply crossed the first hurdle.

“Now the Crown gets to test the evidence,” he explained. “The ideal scenario is that after cross-examinations of the two people that gave affidavits and further investigation by the Crown, his position of innocence is strong enough that the Court of Appeal feels it could raise a reasonable doubt and therefore the matter should be tried before a new trier of fact.”

One of the overriding lessons for lawyers is know your law so you can pursue the most effective defence, said Gold. But there’s also a point in some matters where luck is the deciding factor.

“It’s the lightning strike of good luck that for me stands out as the most interesting feature of the case,” he said. “I took this rather strange turn of events as an indication that we should go ahead because you can look at it that the universe was looking after an innocent person.”

Lindsay Board, an associate lawyer with Toronto-based Daniel Brown Law who focuses on criminal trials and appeal work, said the case represents the first time the Court of Appeal has allowed an application to reopen an appeal after the court released its reasons for dismissing an appeal but before it has signed the final order.

“Moving forward,” she told The Lawyer’s Daily in an e-mail, “appellate lawyers should know there may be opportunities to present new evidence even after an appeal decision is made where the interests of justice demand it.

“This ruling makes it clear,” she added, “that even appeal courts are prepared to hear new evidence where there is a risk of a wrongful conviction.”

Reid declined a request for an interview.