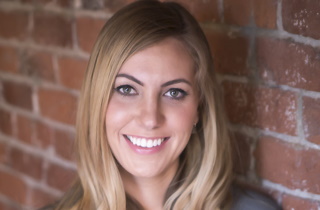 During the first wave of the COVID-19 pandemic, corrections officials across Canada took steps to minimize the spread of the virus by reducing the number of inmates.

Between February and May 2020, 7,181 fewer people were held in custody at federal, provincial and territorial institutions – an “unprecedented” drop of 19 per cent in the prison population, according to Statistics Canada.

But COVID-19 remains a reality for those incarcerated. At the federal level, the Correctional Service of Canada reported that, as of Dec. 3, there were 78 active cases and 498 inmates identified as COVID-positive out of a total of 4,784 tested to date.

Courts have been alive to the threat posed by COVID-19 in the corrections system.

In R. v. Hearns 2020 ONSC 2365, Ontario Superior Court Justice Renee Pomerance wrote that COVID-19 “affects our conception of the fitness of sentence,” which not only considers the length of incarceration, “but the conditions under which it is served.”

“As a result of the current health crisis, jails have become harsher environments, either because of the risk of infection or, because of restrictive lock down conditions aimed at preventing infection,” she said in imposing a time-served-plus-probation sentence to a man who pleaded guilty to aggravated assault.

Justice Pomerance determined that “punishment is increased, not only by the physical risk of contracting the virus, but by the psychological effects of being in a high-risk environment with little ability to control exposure.”

And when a B.C. lower court did not consider the COVID-19 risk at sentencing, the province’s appellate court recently did in suspending the sentence.

In R. v. McKibbin 2020 BCCA 337, released on Nov. 18, the B.C. Court of Appeal held that provincial court Justice Terence Wright “correctly identified deterrence and denunciation as the dominant sentencing principles” in handing out a six-month prison sentence in late January to 62-year-old Michael Shawn McKibbin, who pleaded guilty to one count of trafficking in cocaine, but who was — as the appellate court noted — also a first-time offender.

Additionally, however, McKibbin has chronic obstructive pulmonary disease (COPD), and was on bail, pending his appeal, since March 19, a week after the World Health Organization declared the global COVID-19 outbreak a pandemic.

“I think it is fair to say that when Mr. McKibbin was sentenced, no one in the courtroom predicted a global pandemic that would have particular deleterious effects on someone with a respiratory disease,” wrote Appeal Court Justice Elizabeth Bennett in her ruling agreed to by Justices Bruce Butler and Christopher Grauer.

“It is clear to me that had this information been available to the sentencing judge, it ‘could be expected to have affected the result,’ ” she said, referring to one of the criteria in the test governing admissibility of fresh evidence in sentence appeals set out by the Supreme Court of Canada in R. v. Palmer [1980] 1 S.C.R. 759.

Although the sentencing judge recognized that McKibbin’s health issues would make jail time hard for him, they did not amount to exceptional circumstances justifying a suspended sentence, as the appellate court noted.

COVID-19 changed that, said Justice Bennett, in “that not only would serving the sentence be harsher, but if [McKibbin] contracted COVID-19, it could well lead to an early death, which in my view does amount to circumstances justifying a suspended sentence.”

The Crown argued that prison authorities could manage McKibbin’s COPD during the pandemic and that there was no evidence he is at higher risk in prison than he would be in the community, according to the appellate court summary.

Justice Bennett responded to both points in her reasons.

“Normally, the prison authorities would be delegated the responsibility of managing a prisoner’s illness in the prison, and they are usually equipped to do so,” she wrote. “However, given that Mr. McKibbin faces a significantly higher risk of death if he contracts COVID-19 because of his serious pre-existing respiratory disease, and given that he has a very short time left to serve in his sentence, it makes no sense to me to require that he be re-incarcerated, particularly when the numbers of infections are reaching an all-time high in this province. If he is at home, Mr. McKibbin can control who he has contact with, something that he cannot do in the prison setting.”

Criminal defence lawyer Cathryn Moore, an associate with Mickelson & Whysall Law Corp. in Vancouver who represented McKibbin in the appeal, said the court reflected the COVID-19 reality in prisons, where in B.C.’s Fraser Valley, the Mission Medium Institution — site of the worst outbreak of the coronavirus of any federal correctional facility in the country earlier this year with 120 cases and the subject of a class action lawsuit against Correctional Service Canada — experienced another outbreak last month when two employees tested positive for COVID-19.

“How you maintain physical distancing in a jail population is to have less inmates. So maybe for non-violent offenders, who can safely serve their sentence in the community is definitely going to be a consideration, for judges,” said Moore.

“This ruling is very helpful, especially for offenders who have underlying vulnerabilities and are immunocompromised.”

Criminal defence lawyer Joel Whysall, the managing partner of Mickelson & Whysall, said “there’s a lot of accommodation by prosecutors and judges in the lower courts to try and reduce the amount of people in custody.”

He explained that when McKibbin was in custody, corrections officials “moved him from one prison to another because the first one was near a pulp mill and they thought the air quality would have been bad for his condition — but that was before the COVID pandemic broke out,” Whysall said.

(At the facility to which McKibbin was transferred — the Okanagan Correctional Centre — an inmate tested positive for COVID-19 two weeks after McKibbin was released on bail.)

But as Justice Bennett pointed out, “it is not just the COVID-19 pandemic that has changed the sentencing landscape, but the pandemic in the context of Mr. Kibbin’s serious respiratory illness, which makes him much more susceptible to serious COVID-19 symptoms, including death.”

The Appeal Court suspended McKibbin’s six-month or 180-day sentence and placed him on probation for the remaining period (130 days) with conditions, including that he be subject to house arrest and only leave his residence once per day between the hours of 10 a.m. and 2 p.m.

Raymond Leong, senior counsel with the Public Prosecution Service of Canada (PPSC) who argued the Crown’s case before the Appeal Court, did not respond to an interview request.

“The decision speaks for itself,” said PPSC spokesperson Nathalie Houle in an e-mail to The Lawyer’s Daily.