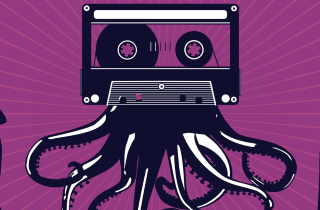 Here is another in a series of articles about everything you need to know about transcripts and the Authorized Court Transcriptionists (ACTs) who produce them. The last article (Oct. 29) included a number of humorous misconceptions. What follows is a bit more serious.

Misconception #7: “You’re in cahoots with the judge, that’s NOT what she said!” or,

“You changed a bunch of stuff to make [pick one:] my ex/the other guy sound better than me!”

To be fair, these are accusations that we hear mostly (but not exclusively!) from self-represented litigants or defendants, and I do get their reasoning. Access to justice for self-reps is challenging to start with, so it is understandable that memories of what was said during a stressful court proceeding might be different from what is certified in the transcript. But wishing doesn’t make it so; we type verbatim.

Some Google searching will reveal a few cases of actual judicial interference, but none is recent. I believe — I certainly hope — this is a very, very rare occurrence. Honest mistakes are certainly possible, but an ACT colluding? I just can’t imagine it.

As to an ACT deliberately making one “side” look better than another: Regardless of what our personal feelings might be about what we are hearing, it is our professional obligation to be totally neutral when it comes to transcribing what was spoken. We cannot insert notes or indications about tone of voice or temper.

Sometimes that leads to unique challenges; e.g., like a clearly intoxicated witness exploding into verbal fireworks laced with cuss words (transcribed as spoken) or noisy farts (not transcribed) or bizarre sound effects (some bits may be transcribed, if the right combination of letters for porpoise-like squeals can be found.)

But let me be very, very clear about this: We make our best efforts to transcribe verbatim. What we hear on the record, we transcribe. Some minor variants are possible with things like excessive verbal tics (umm, ah, stutters, very brief false starts), where we may include only a few for context (or if it is actually an answer.) And yes, this requires a tiny bit of discretion on our part, and yes, it can be a slippery slope. But I never try to make one party sound smarter or “better” than another. There are many old-school ACTs who will automatically correct slang use by judges and counsel; but for some of us, if anybody says “gonna” instead of “going to,” that is what we write. It is part of the word-flow.

That being said, judges and justices of the peace are in fact given an opportunity to do some minor edits of their rulings/judgments/reasons. I am not sure what the rationale is; I assume it may have something to do with publication aspirations. We are not allowed to release that portion of the transcript until we hear back from the justice, which can take a few hours or several months. Normally it takes a week or two, but when drafts languish for months on a busy jurist’s desk, we can only politely and respectfully ask judicial assistants for their help. My favourite response was a recent note from the judge sent back the same day that I submitted the draft, to the effect that he was sure my verbatim would be far more accurate than his memory of a ruling given months ago.

Anyway, the edits usually tend to be limited to changing contractions back to full words (I guess “gonna” doesn’t always cut it!), correcting spelling (sorry, Your Honour, we tried!) and/or a different choice of punctuation.

Very few people speak in complete sentences and many do not appear to believe in paragraphs, barely taking a breath. In verbatim, we have to ignore most typical editing suggestions in our “Strunk and Wagnalls” and simply become masters of punctuation, which affords many discretionary choices. It takes great confidence and skill to wrangle a list into semicolons; to use ellipses or dashes; to get really jazzy — perchance to use a mid-sentence question mark? or a colon? or period? — in order to make sense of long un-comma’ed and unparagraphed blocks of oral material that would otherwise be a viciously uninterrupted series of Molly Bloomian-like eye-challenging fields of Courier-12-New (truly an UGLY font!) We will debate with each other on private Facebook group pages about our choices before making our own decisions (yes, we can argue at great length, we are such a fun and diverse word-obsessed group!) But in the end, if a judge disagrees with my choice of punctuation, it is not my place to argue.

But wishing still doesn’t make it so, even for judges who may also “remember” themselves as having spoken differently (the “I would never have said that” response.) Sometimes a justice will change a few imperfect or unflattering words. When that happens it is noted in a disclaimer on the certification page. I heard of a novice judge wanting to make wholesale changes to the wording in their ruling, after the fact. But the transcriptionist quietly asked a higher-up to intervene, and the issue was resolved. Were any requested changes significant, I would follow that same route. In any case, the recording itself would not reflect the changes: the record is the record.

In order to be very, very confident about my belief in the reliability of the recording, I checked with numerous records management clerks, judicial assistants and other ACTs. Here’s what I learned: Court recordings are securely stored and access is extremely limited, particularly in the last several years. The technical skills required to access/alter a digital recording would require both a cold-blooded disregard for serious penalties and a level of technical skill far, far beyond the ability of most mortals.

The only way to prove this to someone who insists the transcript is egregiously incorrect is for them to listen to a recording of the proceedings. It costs about $22. Though it is useless for transcription purposes and cannot be shared, at least it gives the doubters an opportunity to relisten to the proceeding in a calm atmosphere.

Or, according to a colleague of mine, they can insist it be retranscribed, and end up with the um’s and ah’s and half-spoken words that hadn’t originally been included, ultimately doing no service to the ordering party. (Remember what I said earlier about using our discretion?)

Anyway, I suppose anything is possible, but aside from John Grisham fans, I think anyone suspecting a transcript has been tampered with might keep in mind the cui bono principle. No one can pressure me into tampering; I am not beholden to any one judge for my livelihood. I am not perfect, but when I “certify that this document is a true and accurate transcript,” it means I have done my honest best. ACTs continually strive to protect the evidence that we are responsible for producing.

We hope you have read our Aug. 20 proposal about the risks to Ontario court transcripts and that you join us in urging the Ministry of the Attorney General to address the concerns we raised as soon as possible.