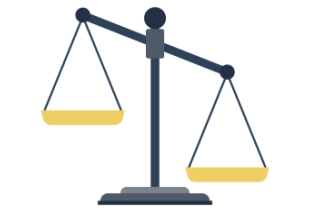 The end of partial summary judgment?

Litigation is costly. Canadian courts have a number of weapons in their arsenal to address this issue. One of them, the summary judgment motion, has been reducing the length and expense of trials since the Supreme Court of Canada’s landmark decision, Hryniak v.  Mauldin 2014 SCC 7.

In Hyrniak, the court promoted the use of summary judgment motions to dispose of actions in a single forum, where no genuine issue requiring a trial exists. The use of “mini trials” promotes access to justice for all Canadians.

But is summary judgment the most efficient tool where a specific issue can be resolved by way of “partial” summary judgment, with the remainder of the case proceeding to trial?

In recent years, Ontario courts have shown an almost-universal reluctance to employ partial summary judgment as a method of resolving disputes.

Noting that such motions should be rare, the Ontario Court of Appeal has, since Butera v. Chown, Cairns LLP 2017 ONCA 783, expressed skepticism about the use of partial summary judgments as a way to achieve timely and affordable justice.

A recent decision of the Court of Appeal, Way v. Schembri 2020 ONCA 691, echoes this theme.

A partial judgment for two actions

The agreement included a right of first refusal. Broadly speaking, it required the respondent to present the appellant with all real estate development opportunities in Waterloo, Ont., after which the respondent had the right to accept or refuse the opportunity (the first refusal clause).

The respondent then brought a motion for summary judgment to dismiss the appellant’s breach action on the ground that the first refusal clause was unenforceable.

The motion judge granted judgment and dismissed the breach action.

A partial judgment by any other name

The court in Way noted that, in effect, the motion judge had granted partial summary judgment because of the continued existence of the joint venture action and the “factual linkage between the two [actions]”.

Having made this key finding, the court launched into its policy discussion, citing its 2018 Butera decision, supra, as to why partial summary judgment “is a rare procedure that should be sparingly invoked.”

The court gave a number of reasons for why partial summary judgment was inappropriate:

“[The] concerns regarding partial summary judgment are fully engaged in this case because, as the appellants correctly point out, the two actions are factually intertwined. Indeed the motion judge acknowledged the overlap in the facts of the two cases numerous times in the course of his reasons. …

“As a result, there is a very real possibility that conclusions reached by the trial judge could conflict with the result reached by the motion judge. There is also the possibility that the trial judge will reach a better understanding of the relationships between the parties that would give a more informed view of the meaning and purpose behind [the first refusal clause].”

Does the bell toll for partial summary judgment?

The combined effect of decisions like Way, Butera and others (see, for example, Service Mold + Aerospace Inc. v. Khalaf 2019 ONCA 369) is that while motions for partial summary judgment are not yet dead, they are on life support.

It is becoming progressively more difficult to envision circumstances where a factual or legal dispute can be severed and finally adjudicated from the main action without additional expense, delay and the risk of inconsistent findings.

Ontario courts’ reluctance to adopt partial summary judgment as a way to resolve actions is very much of a piece with the litigation clarion call in Hyrniak.

Summary judgment motions, especially for partial judgment, are no longer to be perceived as a perfunctory gamble to be pursued at all costs. Rather, parties and their lawyers must carefully consider the merits and risks of bringing such motions — with the goal of efficient justice in mind.