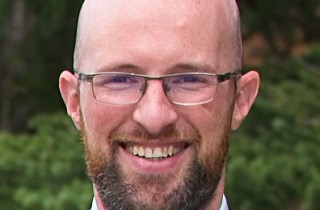 A court challenge arguing Alberta’s COVID-19 restrictions are unconstitutional is being called the first to be directed against all lockdown measures in a province rather than just dealing with them on a piecemeal basis.

The challenge, which has been launched by two churches in the province alongside three individual plaintiffs, says all the health orders issued by Alberta’s chief medical officer of health (CMOH) Deena Hinshaw which are currently in effect violate Albertans’ rights under both the Charter and the provincial bill of rights by limiting the right to peacefully assemble, to practise their religious beliefs and to conduct business and earn a living. It further argues these measures are not justified under s. 1 of the Charter.

James Kitchen of the Calgary-based Justice Centre for Constitutional Freedoms (JCCF), which is representing several plaintiffs in the case, said the alleged infringements may have been justified in March or April “when we didn’t know any better” but there is more evidence now about the actual harm of COVID-19.

“We know better now and from the perspective of our Constitution we need to weigh the harms and balance them out,” he said. “So, do we go into lockdown and devastate all of society, or do we tailor the government’s measures to protect those who are more vulnerable and be a little more precise? Locking down 4.4 million people in Alberta is infringing Charter rights in a gross manner without much evidence that it is needed or justified.”

On Nov. 24, the government declared a public health emergency which put mandatory restrictions on social gatherings and brought in mask requirements for indoor businesses in Calgary, Edmonton and surrounding areas. These restrictions were further refined on Dec. 8, which made masks mandatory across the province and limited attendance at all places of worship and retail outlets to 15 per cent of fire code occupancy. Restaurants and bars are closed to in-person service, and all indoor and outdoor social gatherings — public and private — are prohibited.

Kitchen said “to his knowledge” the case is the first in Canada to go after all the lockdown restrictions in a province, although challenges have been filed against individual measures such as Newfoundland and Labrador’s decision to close its borders to non-essential travel.

“For injunctive relief we are going after very targeted things, but for us it doesn’t make any sense just to go after part of it,” he said. “If the whole basis of this is flawed and we drill down the heart of the matter, which we should have been doing but haven’t, then the whole regime of lockdowns impacts and undermines everything. This is where we have to go to figure this out, and we have to do it in court because we are not doing it in society.”

Howard Kislowicz, a constitutional law professor at the University of Calgary, said it was “predictable” a challenge would be filed against the restrictions because they can be seen as impacting some fundamental rights and freedoms.

“I don’t know what the evidence will be, but I would imagine there would be quite a bit of deference from the courts in a situation like this,” he said. “The courts would likely be very understanding that governments have had to make decisions in a world with incomplete information.”

But that doesn’t mean there is no chance of success for the plaintiffs, said Kislowicz.

“If they are able to show a particular restriction doesn’t have a rational basis, then they may be able to get a remedy for that,” he said. “Again, I think there will deference to the government on a lot of matters, but that doesn’t distinguish every single restriction. If you can identify a restriction that is not really supported by any evidence then you might see it struck down, but many of these are restrictions focused on public gathering and masking — it doesn’t seem like they are counter-scientific.”

In a statement, Alberta’s Ministry of Justice and Attorney General said the government is taking necessary action in response to the critical health-care situation arising from an increase in COVID-19 cases.

“As has been the case since the beginning of the pandemic, we remain committed to protecting the lives and livelihoods of Albertans, and that is what we are doing with these latest temporary public health measures,” the statement said. “These measures are lawful, responsible, and in the public interest.”

The application is scheduled to be heard at the Court of Queen’s Bench in Calgary on Dec. 17.