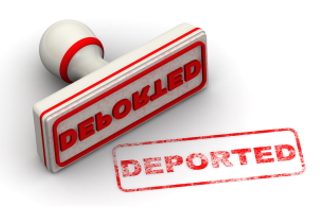 You can’t go on Twitter or turn on the news without seeing the alarming numbers of people who have recently tested positive for COVID-19 in Canada. As the numbers tick upward, Prime Minister Trudeau, politicians from all levels of government and health-care officials urge us to stay home to flatten the curve. The Canada Border Service Agency (CBSA) seems to have missed that health memo, with potentially dire public health consequences.

On Nov. 30, 2020, with no notice, CBSA announced that it was resuming deportations that it had paused at the outset of the pandemic. In its announcement, CBSA noted “the emergence of viable vaccination options” and stated that it would supply people with hand sanitizer, gloves and masks for their trip.

CBSA’s to attempt to justify resuming removals on the basis that a vaccine is coming soon not only ignores today’s reality but is also deeply troubling.

Most people who are the subject of removal orders under the Immigration and Protection Act (IRPA) pose no risk to society. They are simply people whose status in Canada has expired. They include visitors, failed refugee claimants, temporary foreign workers and international students. Perhaps they were dropping off groceries on your porch or cleaning hospital emergency rooms before they were told to leave Canada.

Although s. 48(2) of the IRPA requires that where “a removal order is enforceable, the foreign national against whom it was made must leave Canada immediately and the order must be enforced as soon as possible,” precautions were put in place at the outset of the pandemic to reduce the spread of COVID-19. CBSA paused most removals, save for a small group of people who were found to be inadmissible to Canada under the IPRA, based on public interest reasons such as serious criminal and security risks.

That policy made good sense. Removal involves a series of steps that heighten the risk of spreading COVID-19. CBSA officers risk their health, as do persons being deported, and public interactions amplify the number of people who can become sick.

Imagine that an international student let their status lapse because they had no further funds for school and are the subject of a removal order. They receive a notice to appear at a CBSA enforcement office to make arrangements to leave. They would wait with others in the reception and attend an interview in a small room with a CBSA officer. At the airport, they would interact with the public and sit in close proximity with others on a plane. They might need to transit, which involves contact with another set of people and interact with more people upon arrival in their country of origin.

It has become clear that the pandemic has exacerbated existing racial inequalities. Toronto chief medical officer of health Dr. Eileen de Villa revealed that in that city, Black people and persons of colour consist of 83 per cent of positive COVID-19 tests, while making up around 50 per cent of the population. Of course, Black people and persons of colour account for a significant portion of those who will be deported. A removal policy should take into account the reality that the people who are already at high risk should not be placed at further risk.

What happens if a person is diabetic, has cancer, or is a senior? Or lives with others who are at high risk of contracting COVID-19? There is no choice but to report to CBSA, and its website makes clear what happens should a person decide that doing so is too risky. It states: “If you fail to appear for a removal interview or a scheduled removal date, the CBSA will issue a Canada-wide warrant for your arrest. Once arrested, the CBSA may detain you in a holding facility before removal. In order to ensure you leave Canada, the CBSA may assign an escort officer to accompany you on your departure.”

Many people whom CBSA directs to report for removal cannot hire a lawyer. They are at the end of their immigration process, with little money left for additional legal fees. Yet without a lawyer, deportation is practically impossible to stop. Applying for a “deferral” of removal to suspend deportation is a discretionary measure that is not known to most unrepresented people, and done properly, involves written submissions accompanied by evidence. Seeking a stay of removal at the Federal Court is even more out of reach for an unrepresented person.

The solution is clear. Until COVID-19 is under control, CBSA must revert to its original pandemic policy.