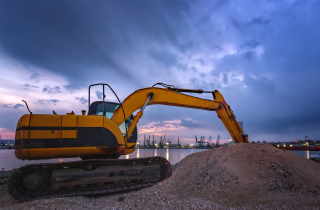 It takes money to leave positive mining legacies: Where is it?

Long-lasting disruptions to socioeconomic patterns and traditional livelihoods caused by mining — even when potentially beneficial while the mine is operating — can be hard to anticipate, model and mitigate. This gets even harder in the context of climate change. But mine closure and post-closure planning and management should not be limited to the environmental aspects of mine rehabilitation, which too often is the case.

This reinforces the importance of agile and ambitious closure planning. When companies work collaboratively with local communities and labour-sending areas to plan for mine closure many of the negative impacts, especially those deriving from an unhealthy economic or social dependency on the mine, can be avoided or mitigated.

But leaving a positive post-mining legacy requires a significant investment.

It is in the interests of all stakeholders that companies are able to demonstrate that they have sufficient funds set aside to cover the costs of mine closure and post-closure activities, and that these financial sureties are quarantined from other company assets so that they will be available in the event of bankruptcy or government abuse. Mining companies in collaboration with affected communities and local governments can develop post-closure socioeconomic financial assurance mechanisms, even when they are not required by government regulations.

In the RMI Report 2020, an evidence-based assessment of the environmental social governance performance of 38 of the largest mining companies in the world, no company could show evidence of disclosing its financial surety arrangements for socioeconomic liabilities related to mine closure (with regards to workers and communities) and post-closure (to ensure coverage of longer-term socioeconomic aspects). This is one of the very few indicators in this assessment where not a single score was obtained right across the board. (See Figure 1). On the other hand, 80 per cent of the companies assessed can demonstrate that they are tracking to some extent how their environmental rehabilitation plans are being implemented throughout their operations.

Commenting on the results, associate professor Gavin M. Mudd from RMIT University in Melbourne, Australia, said: “People reasonably expect that the ‘rehabilitation bonds’ held by governments are meant to cover long-term monitoring and care and maintenance of rehabilitated mines — but they rarely (if ever) do. This leaves a massive unfunded liability for future generations and yet we have a system of opaque evidence and poor accountability — hardly a sustainable approach to mining in the 21st century. The disasters in Brazil especially teach us that we can never stop taking care of old mine sites.”

We can somehow imagine the absence of control and financial agreements on post-closure socioeconomic liabilities within some nationalization processes in the 1970s, as exposed by a recent class action in Zambia. (See the recent example of a class action filed against Anglo American for alleged lead poisoning between 1925 and 1974 in Zambia.) But the extremely poor results seen in the RMI Report for some of the largest companies in the world — in 2020 — are indeed concerning.

In the context of price volatility, investment shifts and now COVID-19, many major companies have been mothballing operations and selling mines to juniors, smaller and/or less resourced companies around the world (the most notable may be Blair Athol coal mine in Queensland sold for US$1 in 2016). What are the socioeconomic financial arrangements and closure agreements for these deals? There might be none, in many cases, as shown by the absence of evidence found in the RMI Report 2020.

And while several governments have been acting recently to reassert control over their natural resources, they should be extremely careful and demanding when they acquire sites back, so that companies cannot externalize their environmental, social and corporate governance costs and post-closure legacy management to taxpayers and future generations.

Pierre De Pasquale is head of stakeholder engagement at the Responsible Mining Foundation.