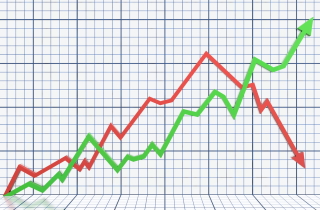 Bankruptcies down, unemployment up? The curious case of 2020 insolvency data

The world as we knew it in 2019 has been upended this year, and Canadian insolvency data is looking a lot different. What goes up and what comes down followed predictable patterns in the past, but in 2020, up is down and down is up.

When the public health measures necessary to contain the COVID-19 pandemic resulted in sharp decline in economic activity and a spike in the unemployment rate, insolvency practitioners, academics and economic forecasters all expected a repeat of the conditions which followed the recession in 2008 and 2009. During those years, as in previous recessions, the rise in the unemployment rate above eight per cent was closely correlated with a significant increase in consumer insolvency filings.

In the new inverted world, a surge in the unemployment rate (which approached 14 per cent in May 2020 and remains above eight per cent) has corresponded with a dramatic decrease in the number of insolvencies in Canada. The number of Canadians who made a consumer proposal or assigned into bankruptcy in the third quarter of 2020 declined 40 per cent as compared to the third quarter of 2019.

A full inquiry into this inverted relationship between the unemployment rate and the number of insolvency filings is outside the scope of this article. However, the recent reporting by CBC news on the total COVID-19 related spending by the federal government — which has totalled $240 billion between March 13 and Nov. 20 — suggests one reason why so many Canadians have avoided bankruptcy despite the current economic conditions: the Canadian government made total transfers of over $105 billion in relief payments to individuals affected by the economic downturn between mid-March and Nov. 20.

A perfectly calibrated response to the economic shock caused by the lockdown would have been impossible, of course, given the scale of the problem and the short time frame in which relief programs were designed to address it. Nevertheless, the insolvency data indicates that, as a result the relief programs, a large number of people who would have chosen (or have been obligated) to undertake financial rehabilitation under insolvency laws in the absence of the pandemic have not done so.

Some individuals who were facing insolvency before the pandemic may be able to recover their financial footing on the strength of the relief programs, and this is a positive (though unintended) consequence of the government’s response. The more likely experience, unfortunately, is simply a delay in the inevitable. In this respect, the government should be looking closely at the data to determine whether there are policy solutions that will provide the right incentives for people to consult a bankruptcy trustee and begin on their path to financial recovery. A failure to do so will cause many people to postpone an insolvency filing until after the relief programs are wound down: this will prolong the economic impact of the pandemic.

For many, the reluctance to file for bankruptcy is matter of pride, but for most, it’s the practical consequences, foremost of which is the impact of having a consumer proposal or bankruptcy recorded in their credit report (for three or seven years, respectively). In our credit-based economy, this is a tough pill to swallow. Accordingly, one way to ensure that Canadians are properly incentivized to begin their financial rehabilitation would be to temporarily impose regulations shortening the period of time that an insolvency filing can be recorded on their credit reports. This policy change could be justified on the basis that an insolvency filing during the pandemic should say less about a person’s creditworthiness than a filing made in normal economic conditions. Further, the ordinary mechanisms in the Bankruptcy and Insolvency Act would remain in place to address abuses of the system.

Reilly Pollard, rpollard@lklaw.ca, has extensive experience in bankruptcy and insolvency matters and regularly acts for companies and individuals to recover assets, enforce security or obtain relief from debts.