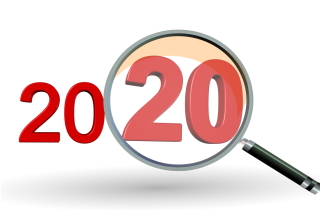 When the pandemic hit full-on in March, the global arbitration community pivoted quickly to the new reality. Business disputes still needed to be resolved and parties in many cases could not tolerate significant delays. Arbitration’s vaunted attribute of flexibility came to the fore, and institutions, arbitrators, counsel and parties soon adapted to the virtual world. For many in the field, participating as a volunteer arbitrator in the Vis and Vis East moots in the spring provided an early opportunity to become accustomed to conducting hearings online.

Fast forward nine months and with the so-called new normal likely lasting well into 2021, virtual hearings are commonplace and there are now countless guidance documents for best practices on how to conduct them.

Beyond the courts, many other significant steps have taken place this year.

Two of the world’s major arbitral institutions introduced significant changes to their procedural rules in 2020.

The London Court of International Arbitration (LCIA) launched the latest update of its rules on Oct. 1, 2020. The aim of the changes is to streamline processes for both arbitrations and mediations and reflect best practices that have emerged during the pandemic. Arbitrators now have greater ability to expedite proceedings, including dismissing cases at an early stage. As well, exchanging documents electronically is now the default rule and provisions regarding virtual hearings were expanded.

Among other changes, the LCIA now has a greater ability to consolidate arbitration proceedings, and new provisions were added regarding the role of tribunal secretaries.

Meanwhile, the new Arbitration Rules of the International Chamber of Commerce (ICC) come into force on Jan. 1, 2021. The changes are more circumscribed than those that came into effect with the ICC’s 2017 Rules, but they are nonetheless significant in promoting greater efficiency and transparency in ICC procedure.

In many ways the ICC’s rule changes, like those of the LCIA, reflect recent developments in practice and ensure that those practices are clarified, to avoid uncertainty and unnecessary procedural disputes. For example, the exchange of documents electronically is also now the default presumption and tribunals have the authority to decide whether hearings can be held virtually, after consultation with the parties. Joinder can now occur without the need for all parties’ consent and an ambiguity regarding consolidation has been resolved to ensure the rule applies to multiple agreements. Some of the other changes give tribunals greater ability to address conflicts of interest that can arise when new counsel are brought into a case, as well as requiring disclosure of third-party funders and encouraging parties to consider settlement.

The ICC’s Expedited Rules will now automatically apply to all cases valued up to US$3million (instead of US$2million). Under these Rules, the award is meant to be delivered within six months of the first case conference.

Closer to home, the ADR Institute of Canada introduced its Med-Arb Rules in June 2020, providing parties with a dispute resolution process that uses binding arbitration to resolve any issues that remain after a mediation, using the same neutral as mediator and arbitrator.

In the U.S., the Fast Track Administered Arbitration Rules of the International Institute for Conflict Prevention & Resolution (CPR) came into effect on July 1, 2020. Their goal is to facilitate delivery of an award 90 to 180 days after constitution of a tribunal, regardless of the complexity of the dispute or the amount at stake.

Being able to address users’ needs closer to their places of business has been a major driver of the expansion of international arbitral institutions in recent years. Since 2017, the ICC Secretariat has opened arbitration-focused offices in Abu Dhabi, Singapore and Sao Paulo, Brazil. On Dec. 3, 2020, the Singapore International Arbitration Centre (SIAC) opened a New York office, its first representative office outside Asia. SIAC says that U.S. parties are consistently among its top foreign users, with more than 500 U.S. parties arbitrating under SIAC’s Rules so far this year.