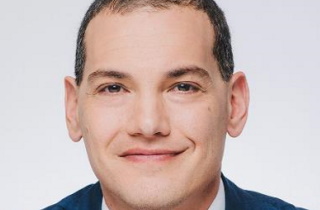 A legal dispute over a pandemic-pressured, multimillion-dollar negotiation — conducted in part through text messages — and the expeditious virtual trial that resulted offer textbook lessons on contracts and court cases in the time of COVID-19, say lawyers.

Justice Leiper awarded Ruparell, the owner and president of Mississauga, Ont.-based Silver Hotel Group, damages of $5 million, the difference between his $19 million offer and the $24 million bid later put forward by Vaughan, Ont., AWIN Group of Dealerships, the ultimate purchaser. Ruparell had sought restoration of his original deal.

Negotiations for the Town and Country auto dealership began in January 2020 when Ruparell made an unsolicited offer to buy it. Town and Country retained the advisory services of KPMG and by Feb. 25 the parties had signed a non-binding letter of intent setting out the terms of engagement, including a cash offer of about $26 million and an exclusivity period for due diligence and negotiations ending April 15, the hoped-for closing date.

But on or around April 13, Ruparell told KPMG he was thinking of backing out of the transaction because of the impact of the pandemic on his business. He proposed a revised offer of $19 million based on a vendor take-back (VTB) mortgage. Town and Country, also suffering from COVID-related losses, felt motivated to quickly conclude the sale, ushering in a second phase of negotiations.

The parties did not amend the non-binding letter of agreement. But negotiations continued in a series of text messages and phone calls between Ruparell and a KPMG representative, with Ruparell rejecting Town and Country’s counter-offer and refusing to increase his offer. A term sheet was drawn up outlining the elements of the transaction, including price and terms for the VTB mortgage. Ruparell also agreed separately to protect the general manager’s job at the auto dealership. On April 24, the KPMG rep called Ruparell from a garage where he was getting his tires changed and left a voice message saying “we have a deal.”

“This was how Mr. Ruparell saw it,” wrote Justice Leiper. “More importantly, it is how an objective observer, viewing the history, the nature of the parties and reviewing the communications between them would also see it.

“Moreover,” she added, “in the immediate aftermath of these negotiations, the parties behaved as it they had reached an agreement.”

But an unsolicited offer from AWIN Group on April 29 put an end to the forward movement on the deal. The Superior Court rejected Town and Country’s claim, through its counsel, that the second phase of negotiations was still governed by the first letter of intent, and that Town and Country was free to accept another offer after April 15. “Through the lens of an objective observer,” wrote Justice Leiper, Ruparell and Town and Country had “made an agreement on the essential terms of the new transaction.”

In reviewing the case law, the court cited cases such as Bawitko Investments Ltd. v. Kernels Popcorn Ltd. [1991] O.J. No. 495 and Alkin Corporation v. 3D Imaging Partners Inc. 2020 ONCA 441 to conclude that when parties agree on the essential provisions to be incorporated into a formal document with the intention that their agreement is binding, they have fulfilled all the requisites for a contract. But an agreement to agree on essential terms in the future is not final or binding.

Paul Fruitman, a commercial litigator and trial lawyer with Toronto-based Lax O’Sullivan Lisus Gottlieb (LOLG) who served as counsel for Ruparell with LOLG lawyer Vlad Calina, said that, while the decision does not break new ground, it is a reminder to business people that they enter into agreements when they manifest an intention to do so.

“The court’s role is to allow commerce to be done,” he added, “and if there is the evidence that the parties intended to be bound and they agreed on the essential terms, then the court will make that happen and will, if necessary, fill in any gaps that are necessary to make the contract whole, so to speak.”

“A long time ago, it was in person or by telegraph,” he noted. “Then it evolved by fax, we once had e-mail, and now we have text messages and other means of communication. And I think this shows, as cases have always shown, that courts work to see commerce done and to be mindful of the ways in which businesspeople actually do business in this day and age.”

Daniel Dylan, an associate professor in the Bora Laskin Faculty of Law at Lakehead University in Thunder Bay, Ont., said the decision also underlines the need for lawyers to be crystal clear on what their clients are agreeing to and the legal enforceability of those terms.

“This case shows us,” he told The Lawyer’s Daily, “that the courts will find that an enforceable agreement, a contract, comes into existence if the parties are in agreement on the essential terms and there is some demonstrable intent to be bound by whatever agreement they are conforming their actions to.”

Dylan said Town and Country probably could have avoided the dispute if it had updated its letter of intent for the second round of negotiations. “They didn’t and it ended up backfiring on Volkswagen,” he noted. “They weren’t in as much control of their legal position as they would have been had they had agreed to another letter of intent, which would have controlled what was actionable for any breaches of that contract or negotiation.”

As notable as the decision is, Fruitman said that colleagues he has spoken with are just as struck by how quickly the court case was concluded — despite the fact it was conducted remotely during a pandemic.

“Everybody throughout the process,” he said, “from discoveries, the pretrial conference that we had where that judge was in his office and everybody in disparate places, to the trial, we were all in different places throughout the process and we were never in the same room together, yet we were able to take this thing from cause of action to decision in seven months and never be together, which I think is quite unique.

“It’s quite a testament,” he added, “to both the parties and the court staff, but also how the courts really have done a pretty good job at adjusting to the world we now live in.”

“We were using all three mediums simultaneously to make sure that at any point in time, documents were before the court, if not almost instantaneously, then within a couple of hours from when they were first mentioned,” he said. “It was that level of co-ordination that allowed the proceeding to go as seamlessly as it did.”

He added that the proceeding went so smoothly that, at times, he even forgot it was virtual.

“I would say when I was on my feet and in the moment, I honestly forgot that I wasn’t in a courtroom in front of a judge,” he recalled, “but instead in a boardroom looking at a screen. That was my experience at peak moments during this process.”

James Doris, a founding partner and litigator with Toronto-based Tyr LLP who served as lead counsel for J.H. Cochrane Investments Inc. declined to comment on the record.