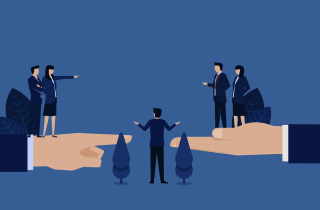 In a recent B.C. decision, Goldman v. Fraser Valley Aboriginal Children and Family Services (c.o.b. Xyolhemeylh) 2020 BCCA 300, the Court of Appeal considered whether the court or Labour Relations Board is the more appropriate forum for a wrongful dismissal action where an employee is terminated after the certification of a bargaining agent but before the negotiation of a first collective agreement.

Ophira Goldman was employed by the defendant as a child protection social worker from 2006 until her employment was terminated without cause in July 2017. At the time of her dismissal, the B.C. Government Employees Union (BCGEU) had been certified as the bargaining agent for the defendant’s employees and Goldman was in the bargaining unit, but no collective agreement had been reached.

On Nov. 30, 2018, approximately 18 months after she was fired, Goldman commenced an action claiming damages for wrongful dismissal in the B.C. Supreme Court.

On March 22, 2019, one month after the BCGEU and the defendant ratified their first collective agreement, the defendant applied to dismiss the action on the basis that the complaint was within the exclusive jurisdiction of the board and not the courts.

The chambers judge agreed with the defendant and struck the action for lack of jurisdiction on the basis that the plaintiff’s only remedies were through the board. The chambers judge held that although there was no collective agreement in force between the parties at the time of her dismissal, Goldman was not entitled to seek remedy through the courts because once she became part of the bargaining unit, she surrendered to the union her individual employee rights vis-à-vis her employer. As a result, Goldman’s sole recourse was through the board.

The B.C. Court of Appeal set aside the lower court’s judgment and held that the chambers judge had erred in finding that the dispute fell within the exclusive jurisdiction of the board. The court held that in resolving jurisdictional disputes, courts must apply the test set out by the Supreme Court of Canada in Weber v. Ontario Hydro [1995] 2 S.C.R. 929. Specifically, courts must determine the essential character of the dispute; consider the ambit of the collective agreement; and consider whether the process favoured by the parties and the legislature is able to provide effective redress for the alleged wrong. The court held that where no collective agreement exists, the Weber test must be modified to look beyond a collective agreement to the statutory legislation as a whole.

In the circumstances of this case, Goldman was dismissed prior to the ratification of the first collective agreement, but after the expiry of the statutory freeze period. The court held that if Goldman had been dismissed during the freeze period — that — that is, the period during which an employer may not alter pay or terms of employment — the board would have had jurisdiction over the dispute under s. 45 of the Labour Relations Code. However, the court found a gap in the legislation where an employee is dismissed outside of the statutory freeze period, but before the first collective agreement has been concluded. The Code did not explicitly address this gap.

The court went on to consider whether the Code addressed this gap implicitly. It found that there was no authority to support the proposition that the common law of individual employment is displaced by the provisions of the Code upon mere certification. Stated differently, it is the collective agreement, not the certification of the union, which displaces the common law. The chambers judge had therefore erred in finding that once a union has been certified, there are no circumstances under which a member of a bargaining unit may have recourse to common law remedies. The court found that to conclude as such would be to deny the employee any effective redress for the alleged wrong.

The court concluded the board cannot adjudicate dismissal claims falling outside of the statutory freeze period but before a collective agreement is reached, except where there are unfair labour practices. In the absence of unfair labour practices, the arbitral jurisprudence is clear that the board has no jurisdiction to hear complaints that fall within this legislative gap.

The B.C. Labour Relations Board does not automatically have jurisdiction to hear disputes as soon as a bargaining agent is certified. Where there is no collective agreement in place and the specific circumstances of the case are not covered by the legislative scheme, the courts will likely retain jurisdiction to hear the complaint.

Employers should also note that since the action in Goldman was filed, the provincial government has enacted the Labour Relations Code Amendment Act, which extends the length of the statutory freeze period from four to 12 months. Accordingly, the gap identified in Goldman will only arise where a collective agreement has not been reached within the first year of the bargaining agent being certified.