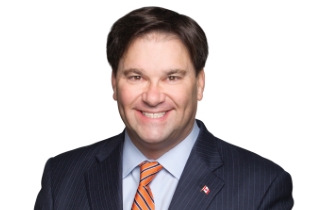 Canada’s New Democratic Party is calling on the federal government to develop a plan to get the COVID-19 vaccine to those in remote Indigenous communities.

On Dec. 21, NDP health critic Don Davies and MP Niki Ashton raised a red flag over what they are calling a lack of detail from Ottawa when it comes to how the first batches of the Pfizer vaccine — the first to be administered in Canada — will be delivered to Indigenous people living in outlying areas. 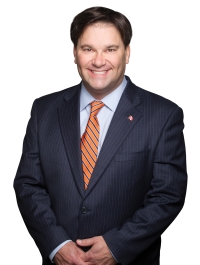 Davies and Ashton — based in British Columbia and Manitoba, respectively — said during a midday in a press conference that while Indigenous people have been identified by health officials as a priority group for receiving the first vaccinations, Canada’s Liberal government has downloaded the job of delivery to the provinces.

They pointed to the fact that Indigenous affairs falls under federal government responsibility.

“We know that there are COVID flare-ups across Canada, in Indigenous communities and on reserves across our nation,” said Davies. “Many if not most of these communities are in rural or remote areas, and we also know that, up to now, there has been no detailed federal vaccination plan that has been released to the Canadian public. In general, the federal government has deferred to the provinces and stated that it is up to the provinces to determine who is being vaccinated and in what order. But, of course, Indigenous health is squarely a matter of federal responsibility and falls squarely under federal jurisdiction.”

On Dec. 14, the first injections of Pfizer’s COVID-19 vaccine were administered to Canadians as part of 249,000 early doses to be delivered in stages before the end of the year.

Davies noted the 14 vaccination delivery sites established across Canada and the requirement that the Pfizer vaccine be stored in ultra-cold temperatures.

“An example is … Fort St. James, which is ringed by a number of Indigenous reserves and communities. … COVID is raging in those areas, yet we’ve heard nothing from the federal government about how they plan to get the vaccine to these communities or get the people in those communities to the vaccine.”

Davies said this “is not a responsibility that can be downloaded to the provinces.”

“This is federal jurisdiction; this is a federal responsibility,” he said.

Earlier this month, it was reported that Saskatchewan’s government detailed its vaccine rollout but faced criticism for a lack of detail as to how vaccines would get to the province’s Indigenous residents.

And Manitoba’s premier recently came under fire for suggesting that prioritizing vaccinations for the high number of Indigenous people in his province would result in a shortfall of doses for non-Indigenous residents.

“These are statements that have created serious concerns … about the province’s ability and willingness to make sure that the vaccine is made available to the most vulnerable communities, to Indigenous communities, here in our province,” said Ashton. “This is yet another reason we’re asking the federal government to step in, live up to their fiduciary obligation, and ensure that Indigenous communities, which are under federal responsibility, do receive this vaccine on a priority basis.”

“It is absolutely essential to see a plan roll out as soon as possible to deliver the vaccine to Indigenous communities in our area and across the country,” said Ashton, calling the current situation a “race against time.”

On Dec. 21, Nunavut reported three new cases, bringing the total number of active cases there to 19. The day before, the northern territory reported its first deaths from COVID-19, with two residents losing their lives due to the virus.

Ashton and Davies were asked about recent news of Canada possibly receiving 168,000 early doses of the Moderna vaccine before the end of December — pending Health Canada approval — and Prime Minister Justin Trudeau’s recent reported comments that Moderna may be a better candidate for those in remote communities due to its lack of need for ultra-cold storage.

“That’s totally unacceptable, and it is emblematic of the fact that this government — like most if not all federal governments before it — continues to place Indigenous health second. The Moderna vaccine has not even been approved in Canada yet. I heard … the federal government is talking about maybe having Moderna vaccines ready to roll out sometime in March or April. … That is sending a message that Indigenous communities are second-class citizens in this country, that they have to wait, that they are second in line.”

In a statement to The Lawyer’s Daily, a Health Canada spokesperson said the federal government “is working closely with provinces, territories, Indigenous leaders and public health partners to align plans for the timely rollout of the vaccines in Indigenous communities once they are evaluated by Health Canada as being safe and effective, and authorized for use in Canada.”

“Indigenous partners are engaged via the COVID-19 Vaccine Working Group at Indigenous Services Canada,” they stated in an e-mail. “This group works collaboratively to provide an integrated and co-ordinated approach to support the administration and planning process of a COVID-19 vaccine for communities.

“The government of Canada will continue to engage with Indigenous partners on the planning process for vaccine programs and how to best serve indigenous communities. Given the particular challenges some of these communities face, special consideration will be taken surrounding their supply chain, infrastructure and health systems.”