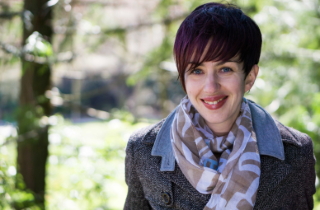 British Columbia does not make the honour roll in its response to the global pandemic, according to a new report from West Coast Legal Education and Action Fund (LEAF). The COVID-19 BC Gender Equality Report Card explores the impacts of B.C.’s response to the coronavirus in six areas including access to justice and justice for people who are criminalized. In both those areas, the province received a grade of D.

“The pandemic has intensified inequalities that have always existed in B.C. These inequalities are baked into many institutions, like law,” said Alana Prochuk, West Coast LEAF’s manager of public legal education in Vancouver and the main author of the report card. 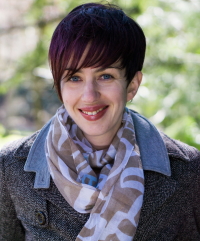 Discussions with community groups, including the Urban Native Youth Association, PACE Society and the Coalition Against Trans Antagonism, called for deep and long-term changes to the legal system, not just temporary pandemic measures, she added. “Many envisioned community-led, healing-oriented alternatives to existing legal processes.”

While there are positive initiatives in place, many of these don’t go far enough, the 35-page report concluded. For example, the First Nations Justice Strategy was unveiled in 2020. It commits the B.C. government to action on violence against Indigenous women and girls, which is vital, noted Prochuk. “But the First Nations Justice Strategy is a baby step for the provincial government when we look at the extent of the harms and failures of the colonial legal system.”

Access to justice is a critical issue in B.C.’s response to COVID-19, and in some cases, the issue is escalating. “B.C.’s legal aid system was already broken when the pandemic started, especially for survivors of intimate-partner violence needing help with their family law cases. During the pandemic, there’s been a huge spike in gender-based violence, making many legal problems even more urgent,” Prochuk said.

The shift to online service delivery during the pandemic has made it even harder for many individuals to get legal help, she added. “Remote formats for legal services and proceedings have excluded people who can’t afford technology, people who can’t safely make phone and video calls because of violence at home, people in remote areas, and people in Indigenous communities, most of which don’t have basic Internet connectivity.”

In addition, participants told the report authors that people who miss court appearances because of technical barriers sometimes face serious consequences in child welfare and criminal cases. “Online options do have a lot of potential to make the legal system more accessible. But in order for online formats to be viable, B.C. needs to correct disparities in access to technology and provide much clearer information about how to use the new systems,” Prochuk said.

West Coast LEAF also gave the B.C. government a near-failing mark for its support of people who have been criminalized. Since the start of the pandemic, Prochuk noted, advocates have been calling on governments to release people from prison who can safely live in the community, because prisons pose a real risk in terms of COVID-19 transmission. “It’s really disappointing that B.C.’s correctional system granted early release to just 35 people because of the pandemic and that it ended its early release program back in June.”

Also problematic: prisoner isolation. During the pandemic, incarcerated individuals have had visits from their family members and loved ones drastically reduced. As well, B.C. prisons have used what are called induction units for people entering prison as a COVID-19 control measure. “This amounts to solitary confinement,” said Prochuk. “Because of histories of gender-based and colonial violence, solitary confinement can be especially harmful for Indigenous women and trans, Two-Spirit, and gender-diverse people, increasing their risk of suicidal thoughts and self-harm.”

For lawyers looking to improve their practice, Prochuk offers this advice: seek out the expertise of people with lived experience, especially when working on legal issues that could affect their well-being and safety. “Through the report card dialogues, West Coast LEAF learned a lot about real-life impacts of law and policy frameworks around sex work and substance use, and how the harms have intensified during the pandemic, often in very gendered ways.”