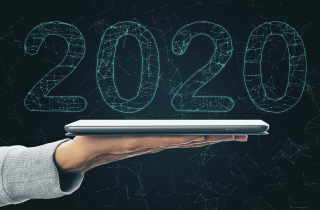 In the recent case of R. v. Minassian [2020] O.J. No. 5411 the worries of the expert witness that his testimony may be improperly framed in this age of social media was addressed by allowing the testimony to be given in open court, where the public could view, and where parties could register and watch through approved links without taking the step toward televised proceedings which are so rare in Canadian cases.

The opportunities to make justice more accessible to the public can be balanced against the risks of overexposure in new and creative ways. The Minassian case reminds us of the difference between having open courts and broadcasting court proceedings.

This issue will need to be resolved at higher and higher levels of court and will likely reach the Supreme Court before finality ensues. The uncertainty which exists as a result of the varying methods being employed is leading to substantial increases in trial time requirements at a time when each hour is especially precious.

A quick and certain resolution is needed without delay. An application for clarification from a trial court may add to time and even an unsuccessful application would not be frivolous to engage an exception to the Jordan timelines. Where there is uncertainty in the law, time will be required to provide certainty of procedure.

Another area which is sure to make it to the Supreme Court is the decision in Bissonnette v. R. 2020 QCCA 1585. In Bissonnette, the Quebec Court of Appeal determined s. 745.51 of the Criminal Code, which allows for consecutive periods of parole ineligibility, is unconstitutional. This runs against cases like R. v. Millard 2018 ONSC 1299 which found s. 745.51 Charter compliant. While the situation is relatively rare, it is important as it comes to light in the most serious cases.

These cases received significant media coverage as a result of their possible effect on a large number of cases and the worries that it could be applied in a an overly broad manner leading to every drinking accused relying on this, especially in matters of sexual assault. While those concerns do not necessarily reflect the significant hurdles that are in front an accused seeking to rely on self-induced intoxication, the availability of such a defence will lead to a greater number of people seeking to use it. The significance of this issue merits comment from the Supreme Court.

The issue of masks, video testimony and the assessment of demeanour are all intertwined. Assessments of demeanour are essential to determining credibility. However, when considering the actual assessment of a person during their testimony, jurists and lawyers sometimes overestimate their ability. As well, what is actually seen in a traditional court setting may actually be less than what can be seen in a virtual setting.

Witnesses are often testifying to the side of and below a judge. The judge may not have a clear view of their face. During a virtual hearing, the judge will likely have a direct line of sight to the witness’s face. This may allow a better assessment.

However, the larger body language may be lost. There are certainly pros and cons to virtual hearings. Determining the best camera angles and views will enhance the ability to undertake a credibility assessment.

Professor Ian Coyle in his 2013 Report to the Criminal Lawyers Association of Australia and New Zealand suggested that multiple camera angles “should be mandatory in all courts so that the triers of fact have the capacity to closely observe a range or behavioural indicia of witnesses.”

Contrast the utility of a masked in-person witness to that of an unmasked witness with both close up and wide-angle cameras appearing virtually. With the proper controls, assessment of witnesses appearing remotely is possible.

During the pandemic the border has remained closed. With the advent of a vaccine, the desire to travel may ramp up. This will lead to more people travelling, crossing the border, and exposing themselves to search by border agents. The Alberta Court of Appeal in R. v. Canfield 2020 ABCA 383 declared s. 99(1)(a) of the Customs Act defining “goods” as including a personal electronic device, such as a cell phone, as being unconstitutional. In so finding, the court recognized that it was largely revisiting the Supreme Court’s decision in R. v. Simmons [1988] 2 S.C.R. 495 but justified this given the changes in technology that have occurred since 1988. The realities of what a cell phone is and the data and personal information it connects to has evolved and the law, they felt, needs to similarly evolve. A suspension of invalidity was issued for one year and Parliament will have to decide whether to appeal or get to work rewriting this definition.

The pandemic has left many lawyers isolated, criminal lawyers especially so. The collegiality of the bar, the social aspect of criminal practice and the competency building that comes from attending court have all been cut off.

During these times, local law associations, and their libraries, have become even more important guarantees of social well-being, mental health and access to materials to maintain competency.

Unfortunately, the Law Society of Ontario has recently decided to reduce library budgets at a time when they are needed most. Libraries have always been of great importance to the criminal bar.

The nature of a criminal practice requires criminal lawyers to be at court most days. The limiting nature of sole and small practice which is characteristic of most criminal law practices means that the cost of research resources is of special concern. With legal aid budgets being tightened, the availability of competent research from local law librarians becomes more important.

Law libraries are key supporters of competency, mental health and mentorship. To steal from the County of Carleton Law Association “We cannot harm one of the central pillars to lawyer and paralegal competency.” The fallout from this will affect competency for years to come if not reversed.

As the pandemic continues, the actions of people in taking risks may cross into the criminal sphere. Charges of criminal negligence causing bodily harm or death may arise. COVID-19 is a highly communicable disease. The impact of contacting the disease differs with the individual and certain factors certainly make the danger more acute. Criminal negligence requires a marked and substantial departure from the care of a normal person.

Given the well-established risks of COVID-19, the degree to which a person’s actions diverge from the expected standard of care will be relevant in assessing if a crime has occurred. As risk increases, the subjective and objective assessment of the mens rea requirement for criminal negligence converge. A reasonable foreseeability of the harm occasioned is relevant in determining legal causation in criminal negligence matters.

One can imagine a situation where a person refuses to take reasonable precautions and causes harm to another in the COVID-19 situation. While causation will be a difficult hurdle in such a prosecution, given the significant prevalence of the disease in the population, it is not an insurmountable one.

This is part two of a two-part series. Part one: From Jordan timelines to online trials to niqabs: 2020 in review