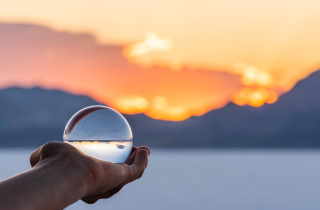 While COVID-19 management was the dominant policy focus of 2020, green and energy policies continued to be moved forward at all levels of government. For our “year in review,” we set out below selected energy policies from 2020 which will continue to attract political and investment interest into 2021. We hope you find them interesting.

The theme of the federal government’s 2020 budget is “Building Back Better.” It is pitched as a recovery plan to stimulate the economy out of its COVID-induced recession towards one that is “greener, more innovative, more inclusive and more competitive.”

At the voter level, the federal government proposes to invest a total of $2.6 billion over the next seven years in grants to homeowners of up to $5,000 to make energy efficient improvements to their homes and in free home energy audits. The federal government has also indicated that it will make available a low-cost loan program to fund efficiency retrofits in homes. An additional $150 million would be invested in growing the zero-emission vehicle charging network.

Finally, the federal government reiterated its commitment to achieving its net-zero emissions targets by 2050. The proposed Canadian Net-Zero Emissions Accountability Act would, if passed, legally commit the government to a process to achieve net-zero emissions by 2050 and to report annually on its progress.

It is noteworthy that “green” was the pre-eminent adjective used to describe the budget policies. Similarly, in the United States, President-elect Joe Biden’s campaign also heavily featured green policies, such as making the power sector emissions free by 2035, retrofitting six million homes and businesses and investing in clean and green technologies.

The Ontario budget cites increased electricity costs caused by the green energy policies of a previous government as a key deterrent to investment and business growth in Ontario. This budget shifts some of the costs of green energy from the electricity rate base to the tax base. This policy change is projected to reduce the average commercial and industrial electricity price to 8.05 and 14.31cents per kilowatt-hour respectively and total bills by eight to 16 per cent, depending on the industry.

Tucked into the Ontario budget bill were controversial amendments to the Conservation Authorities Act. The conservation authorities vocally opposed these amendments arguing that their authority was significantly eroded in issuing, refusing or placing conditions on development permits. Conservation authorities, they argue, make permit decisions based on scientific evidence for the protection of ecosystems and wetlands. The budget amendments, they assert, shift power to the minister of natural resources to make political decisions which they believe will be more developer-friendly

Hydrogen is an energy source. Hydrogen is three times more energy dense than carbon, and its byproduct is water, rather than greenhouse gases. The catch to hydrogen is that while it is abundant in many chemical compounds, it rarely exists in its elemental form. Electrolysis is one method of creating hydrogen by splitting water into hydrogen and oxygen, but it requires energy. Where the energy for electrolysis is generated by fossil fuels, “grey hydrogen” results; non-renewable energy produces “blue hydrogen;” and renewable energy creates “green hydrogen.” Hydrogen-powered vehicles have been around for decades but until now have not been widely adopted.

In mid-December 2020, Natural Resources Canada released the Hydrogen Strategy for Canada. The strategy envisions that hydrogen will be a transformative technology, and, if Canada pursues hydrogen, it can be used in a widespread way to power vehicles, generate electricity and heat, and in various industrial applications. By 2050 hydrogen may be used to generate up to 30 per cent of Canada’s energy, replace 50 per cent of natural gas and fuel five million cars in Canada.

The strategy cites multiple benefits from large-scale use of hydrogen, such as significant reduction in greenhouse gas emissions; transitioning the petroleum sector to a greener economy; the creation of 350,000 green jobs; economic recovery; and positioning Canada as a world leading developer of hydrogen. To get there, the strategy also lays out the challenges. The costs of hydrogen technology need to come down to make it competitive with other energy sources; hydrogen-based applications need to be made more commercially ready; infrastructure to support the use of hydrogen needs to be built; policies need to be developed to regulate the use of hydrogen; and the public needs to be made aware of hydrogen.

Small modular reactors (SMR ) are mini nuclear reactors (700 kilowatts and 300 megawatts), delivered fully constructed to the end-user. SMRs are already in current use in nuclear-propelled submarines and for demonstration and research projects but are not commercially available. On Oct. 6, 2020, Ontario Power Generation announced its plans to construct an SMR at the site of the Darlington Nuclear Generating Station.

In addition to helping to deliver on Canada’s climate change and clean energy commitments, the federal government believes that it could also strengthen Canada’s position as a policy leader and early mover in SMR deployment to become an international standard-setter for strategic influence and geopolitical security. The federal government also believes that it could open opportunities for regional development and assist Indigenous and northern communities on addressing their energy challenges.

The federal government has identified SMRs as a potentially game-changing technology that can heat and power communities and serve industrial applications with zero emissions over the next seven to 10 years.

Widescale, commercial deployment of SMRs raise a number of legal and regulatory questions which will also need to be addressed, such as how will SMR waste be managed, how will SMRs be licensed and regulated and how will SMR risks be managed. We look forward to further developments in SMR deployment.

As we discussed in earlier articles, Ontario, Alberta and Saskatchewan continue with their challenge to the constitutional validity of the federal Greenhouse Gas Pollution Pricing Act. The hearing ended in September and it is anticipated that the Supreme Court will release a decision shortly.

As part of the federal Canada Net-Zero announcement on Dec. 11, the federal government announced its Healthy Environment and Healthy Economy Plan. Under it, the carbon tax will increase by $15 per tonne per year to be $170 by 2030. The carbon tax proceeds will be distributed to individuals and invested in other green projects, such as retrofitting municipal and community buildings, continuing the $5,000 rebate on electric vehicles, reducing GHGS emitted by public transit infrastructure and investing in renewable power generation.

As part of this announcement the federal government also earmarked $964 million over four years for smart renewable energy and grid modernization projects and $300 million over five years to assist rural, remote and Indigenous communities in replacing diesel power with cleaner forms of generation by 2030.

In the meantime, Ontario has fleshed out its Made-in-Ontario Environment Plan with its Emissions Performance Standards regulation, which is similar to the output-based pricing system under the federal system. On Sept. 20, 2020, the federal government approved Ontario’s Emissions Performance Standards, however, a transition date was not announced. On Dec. 16, the province posted proposed regulation amendments for a Jan.1 transition from the federal to the provincial program but stressed that no agreement had yet been reached on a transition date.

The Ontario Energy Board and the Independent Electricity System Operator both have ongoing consultations into facilitating small-scale generation and storage into the electricity grid, understanding large load demand management capabilities.

We expect that all of the above policies will continue to be advanced in 2021 and look forward to following them in the coming months.

Caroline Jageman is the principal of Jageman Law, a boutique focused on the development and operations of small- to mid-size energy, conservation and demand management projects. Reach her at Caroline@jagemanlaw.com. Michael Killeavy is executive adviser with Power Advisory. As director, contract management at the OPA/IESO, Michael was responsible for the entire portfolio of OPA/IESO generation contracts as well as the energy support programs. Since joining Power Advisory in 2018 he has advised clients on commercial and market-related matters in Ontario. You can reach him at mkilleavy@poweradvisoryllc.com.