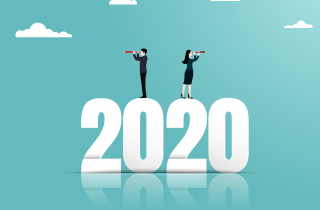 With COVID-19 dominating all aspects of life for most of 2020, including the workplace, it is hard to imagine that Ontario courts and tribunals had time to deal with any other legal issues. It is surprising, then, that this year saw so many important decisions in employment and labour law, most of which were not at all related to the pandemic or its effects on the workplace. What follows is the second half of a two-part series on the five top employment and labour law cases of 2020 (and one honourable mention), all of which greatly shaped the law in this area during the past year.

Similarly, commission entitlements during the notice period were clarified in 2020. In Kerner v. Information Builders (Canada) Inc. 2020 ONSC 2975, David Kerner was terminated without cause. At the time, he was 56 years old, worked in a senior sales role and earned a $200,000 base salary and $91,000 in commissions during his prior year of work. He found new employment eight months after his termination.

At trial, Kerner was awarded eight months of notice. The main issue was his entitlement to commissions for sales during the notice period. The sales plan which the court ultimately found to be applicable to Kerner stated that commissions would only be payable when a sale has been booked and billed, and only if the employee was employed by Information Builders at the time that the sale was booked and billed.

The Superior Court applied the same two-part test applied by the Supreme Court of Canada to the bonus/LTIP entitlement in Matthews v. Ocean Nutrition Canada Ltd. 2020 SCC 26. It found that since the commissions were an integral part of Kerner’s compensation, he had a prima facie entitlement to commissions during the notice period had he continued to work. The court further found that the sales plan did not unambiguously alter or remove Kerner’s entitlement to commissions because it did not establish when the date of termination was, or when his employment terminated. The sales plan left open the possibility that termination could have occurred at the end of the reasonable notice period. As a result, the court awarded to Kerner the commissions he would have earned during the eight-month notice period.

The board considered a range of well-established factors to determine the nature of the relationship between the couriers and Foodora. Ultimately, the board relied heavily on the way in which Foodora controlled almost every aspect of the couriers’ relationship with the company through its app. In addition, since the couriers had no independent opportunity to vary the terms and conditions of their relationship with Foodora, could not substitute or subcontract their work to other individuals, could not advertise or promote their service, skill or ability and were heavily integrated into Foodora’s business, the couriers worked for Foodora and not for themselves. They were therefore dependent, not independent contractors.

Although Foodora has since filed for bankruptcy and closed its Canadian operations, this decision will likely pave the way for other gig economy workers in employment-related claims. The board itself acknowledged in its decision that this was the first time that it was tasked with deciding the status of gig economy workers. However, it stressed that the analysis was no different in many respects from other cases in which it considered the status of workers in other, more traditional work arrangements.

Addressing a different aspect of gig economy work, in last year’s examination of the key employment law cases in 2019 we reviewed the Ontario Court of Appeal’s decision in Heller v. Uber Technologies Inc. [2019] O.J. No. 1. At the time, we were waiting for the Supreme Court’s decision on Uber’s appeal of the Ontario Court of Appeal decision. The facts can be found in last year’s review, here.

In Uber Technologies Inc. v. Heller 2020 SCC 16, on to the first issue, the majority of the top court determined that the Arbitration Act, 1991 governed the dispute. On the second question, the majority of the court relied on the Act to conclude that an Ontario court could resolve the issues in dispute given the accessibility challenge for David Heller, namely the prohibitive cost, associated with referring the dispute to arbitration in the Netherlands. The class action proceeding could be commenced and decided in Ontario.

On the last issue, the majority found that standard form contracts have the potential to create an inequality of bargaining power. In this case, the court found that Heller’s inability to negotiate the terms of the standard form contract created an inequality of bargaining power between the parties. In addition, the fact that the arbitration clause contained no information about the up-front costs of the arbitration in the Netherlands, coupled with the fact that Heller could not be expected to recognize the implications of the arbitration clause given the “gulf in sophistication” between the parties, supported the conclusion ultimately reached by the majority that the arbitration clause was unconscionable and therefore invalid.

While it is still too soon to tell the implications of this decision on standard form agreements in the employment context, it will inevitably have an effect on parties’ freedom to contract out of dispute resolution in the courts in favour of settling disputes through private arbitration, as inequality of bargaining power will need to be considered when such clauses are agreed to.

This is part two of a two-part series. Part one: Key 2020 employment law decisions, Ontario division.