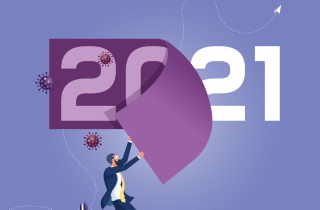 Making the best of a bad year: Winning IP cases in 2020

Despite the temporary closure of the courts in Canada during lockdown 1.0 starting in March of 2020, the intellectual property (IP) bench and bar had an incredibly busy and eventful year, making up for lost time with several high-profile hearings and landmark decisions. We highlight below our short list of the key decisions in Canada in 2020 for each of the three main areas of IP law.

In keeping with 2020’s shift to computer-based everything in the work from home environment for most of the year, the Federal Court issued a landmark decision providing much needed guidance on claims construction for computer software patents. In Yves Choueifaty v. Attorney General of Canada 2020 FC 837, Justice Russell Zinn held that computer elements in the claims portion of a patent application were an essential element, overturning the Canadian Intellectual Property Office’s (CIPO) rejection of the application. The court overruled CIPO’s use of the problem-and-solution approach to claims construction (i.e., ignoring claim elements that are not part of a solution to a problem) and emphasized that claims must be interpreted in the same manner, with purposive construction in all cases, whether for determining infringement, validity or subject matter. CIPO has since issued a new practice notice intended to provide guidance as to how it will apply the decision in determining patentable subject matter, but it remains to be seen how it will work in practice.

An equally momentous patent decision of 2020 was Apotex Inc v. Bayer Inc. 2020 FCA 86, which involved four generic drug manufacturers challenging the validity of Bayer’s drug patents for a product containing the active medicinal ingredient rivaroxaban. Teva and Apotex had commenced their challenges of Bayer’s patents within weeks of each other, while Taro and Sandoz commenced proceedings several months later. The Federal Court of Appeal prohibited Taro and Sandoz from being added to the joint trial of the cases brought by Teva and Apotex, preserving the first mover advantage of Teva and Apotex, if successful in their challenge of Bayer’s patent. More broadly, the case represents a significant incentive to challengers to bring proceedings in a timely manner.

Rounding out our top three patent cases of 2020 — though the list could go on — is the Federal Court of Appeal’s decision upholding a humungous $650-million patent infringement award, including an accounting of profits, in Nova Chemicals Corporation v. Dow Chemicals Company 2020 FCA 141. The appellate court acknowledged that an accounting of profits should walk the line between deterring infringement versus punishment. The court rejected Nova Chemical’s request to consider the market price of an ingredient it could have sold, if not used to make the infringing product, and instead opined that the accounting of profits should be based on actual revenues and costs. The court also refused to apply any discount based on the infringer’s efficiencies in producing that ingredient, finding that to do so would effectively make the infringer “a joint venture partner with the patentee, able to get some benefit from its exploitation of the patentee’s invention.”

No top trademark case list would be complete in 2020 without mentioning Miller Thomson LLP v. Hilton Worldwide Holding LLP 2020 FCA 134 in which the Federal Court of Appeal provided modern-day guidance on what constitutes “use” of a trademark in association with services that would typically be offered in person.

The decision arose from a cancellation proceeding alleging non-use by Hilton of its trademark Waldorf Astoria in Canada in association with “hotel services.” While Hilton does not operate any Waldorf Astoria hotel in Canada, the court acknowledged that “services” must be interpreted in line with “21st century commercial practices” and accepted evidence of payment and reservation services accessed via the Waldorf Astoria website in Canada,  as evidence of “use.” In short, the court concluded that there was use of the mark in Canada for hotel services, since people in Canada derive “a material benefit” from the services. The practical implication of this case is that it could lead to a broadened definition of use in association with services, diminishing the need for bricks-and-mortar locations (which seems timely given the shift due to COVID-19 away from in-person services).

International franchises would do well to maintain Canadian accessible websites and gather evidence of online booking services, so that they can demonstrate that the value of these services extend to customers in Canada, even in the absence of any physical presence.

Another trend we have seen as a result of COVID-19 is the rise of grey market sales through online and big box stores, including Amazon and Costco. Exclusive distributors often suffer from grey market sales eroding their market share, with little recourse, since grey market goods are not considered illegal in Canada. However, the Quebec Court of Appeal provided a significant win for exclusive distributors in its decision in Costco Wholesale Canada Ltd v. Simms Sigal & Co Ltd. 2020 QCCA 1331. In this case, Simms, the exclusive distributor of Rock & Republic designer jeans in Canada, successfully sued Costco for selling Rock & Republic designer jeans at a discounted price, despite having notice of the exclusive distribution contract. The Quebec appellate court upheld the trial judge’s finding of liability on the part of Costco for interference with economic relations by failing to respect Simms’ contractual rights once notified of those rights. The court also upheld a $500,000 punitive damages award against Costco, based on its aggressive disregard for Simms’ contractual rights and refusal to disclose the source of its grey goods. The case represents a departure from the usual “malicious and high-handed conduct” test normally reserved for an award of punitive damages and serves as a significant warning to grey market sellers.

The Federal Court also sent a strong message to imitators of well-known brands in Toys “R” Us (Canada) Ltd v. Herbs “R” Us Wellness Society 2020 FC 682. The marks at issue in this case must be shown as illustrated here and here to appreciate the significance of the visual resemblance.

Due to the fact that the channels of trade and nature of the goods were vastly different, the court declined to find trademark infringement and passing-off since, in its view, the average Canadian consumer would be unlikely to think the toy retailer Toys “R” Us had expanded into cannabis services. However, the court did conclude that the defendant’s mark is likely to depreciate the goodwill in the Toys “R” Us’ registered design mark, and granted an injunction enjoining the use of the defendant’s design mark, in addition to $30,000 in damages. The conduct of the defendant was further muddied by evidence that the defendant was operating without a licence and marketing with “adult-themed content,” resulting in a clear message that trading on the goodwill or “bandying about” indicia of famous brands will not be tolerated.

The most notable copyright case last year is indisputably the Federal Court of Appeal’s decision in York University v. Canadian Copyright Licensing Agency 2020 FCA 77, which addresses an interim tariff set by the Copyright Board of Canada and administered by Access Copyright for royalties payable for copying of works in Access Copyright’s repertoire by post-secondary educational institutions. York was successful in convincing the appellate court that the tariffs approved by the Copyright Board are not mandatory and do not bind non-licensees. However, the court held that York’s use of the copyrighted works did not fall within the fair dealing exception under the Copyright Act, despite York having fair dealing guidelines in place. In the court’s opinion, fair dealing is a right reserved for the end user, such as York’s students, but not York itself. The decision has been appealed by both sides and is now headed to the Supreme Court of Canada, with leave to appeal having been granted to both parties late last year.

Other copyright decisions of note in 2020 involved unauthorized uses of copyrighted materials on the Internet. The first, Wiseau Studio, LLC et al v. Harper et al. 2020 ONSC 2504 centred on a film called The Room, which became a cult classic following its 2003 release for being hailed as the “greatest worst movie.” The film’s creator, Tommy Wiseau, sued the creators of a documentary called Room Full of Spoons, which featured significant content from the film. The Ontario Superior Court of Justice held that the documentary’s use of portions of the film was allowable under the “fair dealing” exception for the purpose of criticism, review or news reporting. The court also rejected the plaintiff’s claim for moral rights infringement, finding that the documentary being “negative in tone” did not violate his moral rights, because there was no distortion or modification made to the work, and added the following zinger for good measure: “[t]o the extent the documentary portrays Wiseau as someone who made a terrible movie, there is nothing new about that.”

The other key copyright decision, Rallysport Direct LLC v. 2424508 Ontario Ltd 2020 FC 794 has notable implications for Internet posting of photographs. The court held that the copying and posting by the defendant of photographs that were first posted on the plaintiff’s website constituted copyright infringement and awarded statutory damages of $250 per work, totalling a not inconsequential $357,500 in statutory damages. The real lesson arising from Rallysport, and one that may surprise many Internet users, is that works on the Internet may not be free to use simply by virtue of their being easily and publicly accessible online.

While there’s no common thread to all of the top IP cases of 2020, it’s clear that these strong decisions will be influential for years to come. Advocates and decision makers should all take a bow for having been able to keep cases moving forward despite all of the challenges of work from home, as well as the added stress and havoc the pandemic has brought. As we all look forward to a better 2021, take a moment to thank those who have kept us going through this crisis. 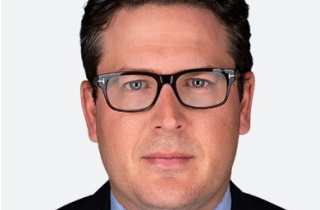 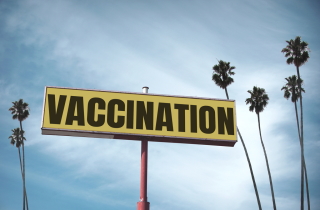