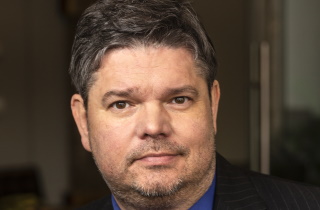 Occupiers’ liability changes in Ontario will result in people being denied access to justice: lawyer

The new year is likely to bring a lot of change to people’s lives, but one change that may have escaped people’s notice given everything that has been going on is Ontario’s move to limit the amount of time a person has to bring a personal injury case involving ice or snow.

Bill 118, which passed the provincial legislature last month, amends the Occupiers’ Liability Act to require an injured person to notify an occupier or independent contractor of their intention to sue in writing within 60 days of an incident occurring or they will be unable to bring an action forward, subject to some exceptions. Under Ontario’s Limitations Act, a person usually has two years to sue for personal injury.

Conservative MPP Norm Miller, who introduced the bill, said he believes it “achieves a good balance between the rights of an injured person to seek compensation and the rights of the property owner, tenant and their snow removal contractor to defend themselves from frivolous lawsuits.”

“I don’t expect this will completely solve the problem of high insurance costs for snow management contractors, but I believe it will reduce the risk to insurance companies and therefore lead to lower premiums,” he said when the bill passed in December. “I will also be advocating for the government to look at other ways to reduce the cost of liability insurance for snow removal companies in Ontario.”

Bill 118 originally proposed a 10-day notice period, the same time frame as required for notifying a municipality for injuries suffered on a local road or sidewalk, but this was later amended to set the notification period at 60 days after concerns were raised by the legal community. The bill was also amended to require the injured party to only notify one of the other parties involved within the 60-day window, with that party required to notify any other defendants.

Despite those amendments, members of the province’s personal injury bar are still voicing their concerns about what the province has done. Steve Rastin of Rastin Gluckstein, a past president of the Ontario Trial Lawyers Association (OTLA), called the changes unfortunate and would result in legitimately injured people being denied access to justice.

“For a lot of people, their first thought after their accident is not to go and hire a lawyer but wait to see how they recover from the operation, and it is only when you are not recovering well you say to yourself maybe I am going to have some ongoing serious problem with this so I’m going to go see a lawyer,” he said. “These people are going to come and see me, and I am going to have to tell them they have lost their right to sue because they waited more than 60 days before they sent a letter out. It is going to punish reasonable people that wait to see how they are doing before they start a lawsuit.”

Rastin said the new system will exacerbate another problem, which is finding out who is the beneficial owner of a property where an accident has taken place.

“Somebody might have a fall at some strip mall in Barrie — who do I send a letter to? At least with a case against the Ministry of Transportation or a municipality their number is in the book,” he said. “In this strip mall, you don’t know who owns it, and a lot of people don’t keep their corporate books up to date so you could send out a notice letter and they are not even there.”

David Derfel of Derfel Personal Injury Lawyers also said he felt the 60-day notice period was too short, echoing Rastin’s concerns that it is difficult to find the owner of a property and serving them within that time frame.

“I understand the need for some revisions to the Act from a maintenance contractor or landlord’s point of view, because you can’t wait two years to find out if someone is going to sue you,” he said. “There should be some requirement to provide notice within a reasonable amount of time, but I think the period here is shorter than what is just and the requirements for notice are extreme.”

“It’s not an absolute bar to bringing an action and there is a saving provision which allows for a reasonable explanation for delay, which is presumably going to account for people who have very significant injuries where a lawsuit isn’t top of mind for them,” he said. “I’ve had many clients who have been hospitalized for more than 60 days and suing the occupiers isn’t at the top of mind at that point.”

But Orlando said he doesn’t feel the change alters the landscape all that much “because most good lawyers give notice quickly anyway.”

“Most people I think would reach out to counsel in general within the 60 days if they have serious injury claims,” he said. “But yes, there will be people out there who will be left out in the cold because of this — and there is a potential for insurer savings as well.”

Bill 118 received royal assent Dec. 8 and is set to come into force when proclaimed by Lt.-Gov. Elizabeth Dowdeswell.