The B.C. government may soon find itself defending provincial COVID-19 restrictions in response to a lawsuit filed by faith communities in the province claiming they unfairly restrict freedom of religion and association.

The province has been under a state of emergency since last March and has suspended all events and social gatherings to help reduce COVID-19 transmission related to social interactions and travel, with some exceptions. Under public health orders issued by B.C.’s provincial health officer Bonnie Henry, religious in-person gatherings and worship services are suspended, although houses of worship can continue using remote or virtual attendance options like Zoom or Skype.

But over a dozen faith communities and individuals are arguing those restrictions unjustifiably violate the rights and freedoms of B.C. residents under the Charter, including freedom of conscience and religion, freedom of peaceful assembly and freedom of association, and say restrictions on in-person gatherings have led to feelings of loneliness, depression and fear.

The action is being brought on their behalf by the Calgary-based Justice Centre for Constitutional Freedoms (JCCF), which has also taken the Alberta government to court over its COVID-19 restrictions. Lead counsel Paul Jaffe said it was important to note “these are not people who are indifferent to the purpose of the health orders.”

“The evidence shows they have been quite compliant with the directives and guidelines issued,” he said. “They have reduced the number of people in their buildings to under 50, they have socially distanced themselves by setting up very strict procedures in the church, they’ve made liberal use of hand sanitizers and most importantly they have got procedures in place for contracting tracing for their membership.”

Jaffe said the lockdown has been imposed in an arbitrary and discriminatory which has not struck the appropriate balance between the power and government and the pursuit of fundamental freedoms under the Charter. He also said “to his knowledge” this was the first constitutional challenge of COVID-19 restrictions in British Columbia.

“The people I act for would agree entirely the paramount concern has to be that of public health — that pretty well trumps any other policy objectives, and no one disputes that,” he said. “But within the context of that paramount objective, we then have to identify the risks in society which might compromise that objective — and under the cover of a very important objective act in ways which are constitutionally impermissible.”

Another plaintiff in the case is a man who was ticketed after holding an outdoor protest for failing to do any contact tracing and providing the names of the protesters to the RCMP, said Jaffe.

“His concern is being asked to provide the particulars of people protesting the government over to the RCMP — so even if it was possible to contact trace, you have no control over outdoor gatherings of this nature,” he said. “It is impossible to comply with that, and secondly the fact he would be expected to do that is very troubling because of the very nature of the protest itself.” 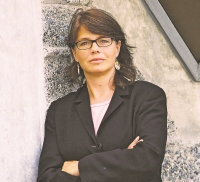 Margot Young, a professor of constitutional and social justice law at UBC, said it is not hard to show a breach of freedom of expression or freedom of religion, but the issue in the case will turn on whether such restrictions are justifiable under s. 1 of the Charter.

“It is really a classic contest between individualism and the collective good here, and I don’t think the government will have a hard time making arguments [under s. 1] — these restrictions are happening all around the world in almost every other free and democratic society,” she said. “It is not a total ban on religious activities, but a particular form of gathering in numbers. And the pressing and substantial purpose is a large health crisis which is getting worse.”

But Young added constitutional litigation sometimes involves two sets of achievements — a victory in court and an ability to shape public discourse.

“And I think that is something which is interesting to think about, because we know even when litigants lose in court sometimes the court of public opinion shifts in their favour by virtue of publicity,” she said. “So, if I was thinking about this case I would also be thinking the message being communicated back to the government in terms of the understanding of the public — although again I think it is a steep hill to climb because we are all very anxious abut the pandemic and it is not getting better.”

A representative from B.C.’s Ministry of the Attorney General said the government was unable to comment on the specifics of a case before the court “we are confident all of Dr. Henry’s orders are in accordance with the law, including the Canadian Charter of Rights and Freedoms.”