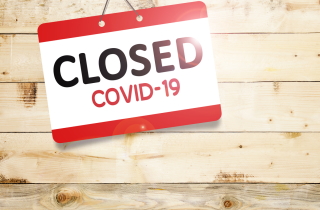 As we promised in our first article in this series, we will now discuss the advantages available to municipalities if it is determined that they can rely upon Canada’s insolvency legislation to restructure their affairs.

If applicable, the Bankruptcy and Insolvency Act (BIA) or the Companies' Creditors Arrangement Act (CCAA) — federal legislation that governs the restructuring of larger or complex corporate entities — could provide municipalities with much needed flexibility to restructure their affairs and recover from the financial difficulties caused by the pandemic.

It is important to note that bankruptcy — often confused with the concept of insolvency — is a legal status carrying with it specific consequences. Debtor entities, including municipalities, are not “bankrupt” merely as a result of being unable to meet their financial obligations, but rather, can become bankrupt by:


Municipalities that indicated that they are at risk of “going bankrupt” are likely projecting cash shortfalls that may lead to an inability to make payments with respect to certain financial obligations. In other words, these municipalities are likely forecasting periods where they may be insolvent, one of the prerequisites to rely on the provisions of either the BIA or the CCAA.

The distinction between insolvency and bankruptcy is important. It is not likely that an insolvent municipality would make a voluntary assignment in bankruptcy before every effort was made to obtain financial assistance from the provincial government. Although bankruptcy is likely not an appropriate solution for insolvent municipalities, restructuring under either the BIA or CCAA may very well be an appropriate solution.

Generally speaking, a debtor entity that initiates a restructuring under either the BIA or CCAA is granted a stay of proceedings against its creditors, which allows the debtor to develop and present a plan of compromise to its creditors. If approved by creditors, then the plan is presented to the court, and, if sanctioned, the debtor entity may continue normal business operations having compromised its indebtedness.

Importantly, restructuring under either the BIA or the CCAA provides a number of flexible remedies which could benefit insolvent municipalities, including the following:


The foregoing are but a few examples of the flexibility afforded under the restructuring regimes of the BIA and the CCAA. These regimes are designed to enable debtor entities to restructure their financial affairs so that they can return to normal operations after the restructuring is completed. In the case of municipalities, resorting on these statutory regimes may afford the needed flexibility to assist in weathering the economic impact of the pandemic.

Municipal insolvency is incredibly uncommon in Canada. As a result, there is considerable uncertainty as to how such an insolvency can and shall be handled. Indeed, the issue of whether municipalities can rely on existing insolvency legislation has not been decided and the common unknown is whether provinces will simply step in to provide the necessary financial assistance to avoid such a circumstance from arising.

However, what if a province is not financially able to provide the necessary economic back step for a municipality? Given that all levels of government are being subjected to an unprecedented economic challenge, the financial resources may not be available to assist municipalities.

In April of last year, British Columbia announced that cities in the province could maintain a deficit for the year 2020, but that cities would have to balance their books by the end of 2021. It is not clear whether British Columbia will extend the permitted deficit period given that modified lockdown measures have been in effect in the province since mid-November. Notably, other provinces did not follow suit, leaving cities in the rest of Canada in the unenviable position of trying to maintain municipal services while experiencing significantly reduced revenue.

The measures adopted to assist municipalities in their efforts to balance budgets and maintain municipal services appear to be inadequate. British Columbia’s willingness to permit budget deficits seems to be a temporary fix to what is likely a longer-term issue, particularly given the current state of the COVID pandemic. As a result, in the near future we may very well see municipalities seeking to take advantage of the restructuring tools available to corporations under the BIA and CCAA as the same may offer desperately needed relief.

This is the second of a two-part series. Read the first article: The pandemic and municipal insolvency: Part one.