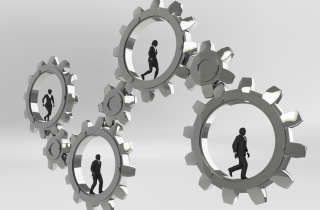 Systemwide changes in franchising are more prevalent these days, as COVID-19 is changing operational needs and consumer behaviour. Franchisors may be considering system changes, some relatively minor while others significant, affecting the business model. Some companies may be even setting up different brands or systems to meet new consumer demands that were difficult to foresee only a few years ago. This raises issues about contractual rights and obligations to implement such changes, and the related duty of good faith and fair dealings, which is found both in franchise statutes and in the common law.

This duty imposes a mutual obligation on franchisors and franchisees to perform and enforce their contractual rights and obligations in good faith and through fair dealings, in a commercially reasonable manner — see section 3 of most provincial franchise statutes (the provisional franchise Acts in British Columbia, Manitoba, Ontario, New Brunswick and P.E.I.; the Alberta statute has somewhat different provisions — see ss. 2(c) and s. 7 of the Alberta statute). It does not impose a fiduciary duty (i.e., a duty to prioritize the other’s interests), but rather a duty to have regard for the other’s legitimate interests.

There are two decisions from the Supreme Court about the good faith obligations in general commercial dealings: the well known 2014 decision of Bhasin v. Hrynew 2014 SCC 71, and the very recent decision from December 2020 in C.M. Callow Inc. v. Zollinger 2020 SCC 45. Both emphasize the importance of honesty and genuine interests of the parties. Misleading the other side or taking actions driven by ulterior motives will probably amount to bad faith conduct.

The duty in franchise context

The number of court decisions that analyze the good faith obligation in franchising is sparse, but a line of legal elements can be woven through them.

First, courts may look at the urgency of the situation to assess how much leeway, the benefit of a doubt, to give a franchisor in assessing good faith compliance. Urgency here means that the franchisor, the system, other franchisees or an individual unit franchisee, as the case may be, will likely suffer imminent and significant harm. In an urgency, there is less time for the franchisor to engage in consultation; the franchisor must make quick decisions in a commercially reasonable manner and with the best of intentions, but there is no time to engage with franchisees in extensive consultations.

Third, impact may have another dimension and that is scope in the system, rather than severity — are the changes systemwide or more confined, perhaps to a single unit franchisee? If the franchisor only needs to consider the interests of a single franchisee or a small group of franchisees, it may perhaps be better equipped to do so even in urgent situations (barring situations where the urgency is the result of defaults by the franchisee).

A good practice is for franchisors to consult with franchisees before making any significant changes that may impact those franchisees. Consulting with franchisees, in the context of the duty of good faith and fair dealings, is an important aspect of gauging whether the franchisor is compliance with this obligation.

This is the first of a two-part series. In the next article I will follow the thread of the sparse case law that we have so far in Canada.